"Although hydrogen is not a miracle solution, it could be the energy transition's missing link," said Tudor Constantinescu, an energy advisor at the European Commission, during an event organised by EURACTIV. [Olivier Hoslet/ epa]

A world powered by hydrogen sounds beautiful. This would mean no carbon emissions, no coal and no oil – and our planet is full of it.

“We are now starting the next stage of the energy transition,” said Federal Economics Minister Peter Altmaier (CDU) in Berlin last Thursday (18 July).

In so-called “real laboratories” he is eager to investigate how hydrogen can be used on a large scale as an energy carrier in the heat market, the transport sector and industry.

The project will cost the ministry €100 million each year, and results should already be seen by 2020.

Germany wants to be a global leader in the development of hydrogen technologies, according to Altmaier. “It is now a matter of increasing the potential of industrial policy,” Altmaier said.

In the future, when the EU member states decarbonise at an increased rate, hydrogen technologies will become Germany’s next top export- it could be a billion-dollar business.

Meanwhile, the German government has announced that it will develop a hydrogen strategy by the end of the year. The strategy has been welcomed by the environment ministry, which has already presented an “Action Programme for Electricity-Based Fuels”.

Also on 18 July, six Green MPs drafted a position paper on hydrogen production – and expressed their unequivocal support for the first time.

No matter how much water is available in the world, the production of emission-free hydrogen gas has been a challenge for researchers for years. Because on our planet, hydrogen does not occur as pure, unbound gas.

Hydrogen is traditionally produced by natural gas, a fossil fuel. This method of production releases a lot of CO2 – around seven to nine thousand kilogrammes per tonne of hydrogen produced.

But there is an environmentally-friendly alternative: power-to-gas is the name given to the process in which water is broken down into components made of oxygen and hydrogen by electrolysis.

In a second step, the hydrogen can even be processed into synthetic natural gas, petrol, diesel or kerosene, which are then regarded as E-fuels. Also, in this step, carbon needs to be added once more.

For the gas industry, this type of hydrogen production represents a general-purpose solution to break away from carbon. Synthetic gas could be used for heating as well as in the transport sector, especially for heavy-duty, air and sea transport. So far, submarines and rockets, in particular, have been powered by hydrogen.

Other industries also want to benefit from the environmentally-friendly production of hydrogen. Steel producer ThyssenKrupp, for example, plans to become carbon-neutral by 2050. “By 2050, we can reduce our steel-production-related emissions by 80%,” said Thyssenkrupp’s board member Donatus Kaufmann.

Salzgitter AG is also experimenting with gas but is not yet using it in its day-to-day business. “Technologically, however, there is a lot to suggest that it works,” said Alexander Redenius, project manager at Salzgitter AG.

And Shell ITM Power is currently building the world’s largest hydrogen electrolysis plant in the German city of Wesseling on the Rhine.

It should start operating in 2020 and produce 1,300 tons of hydrogen per year. 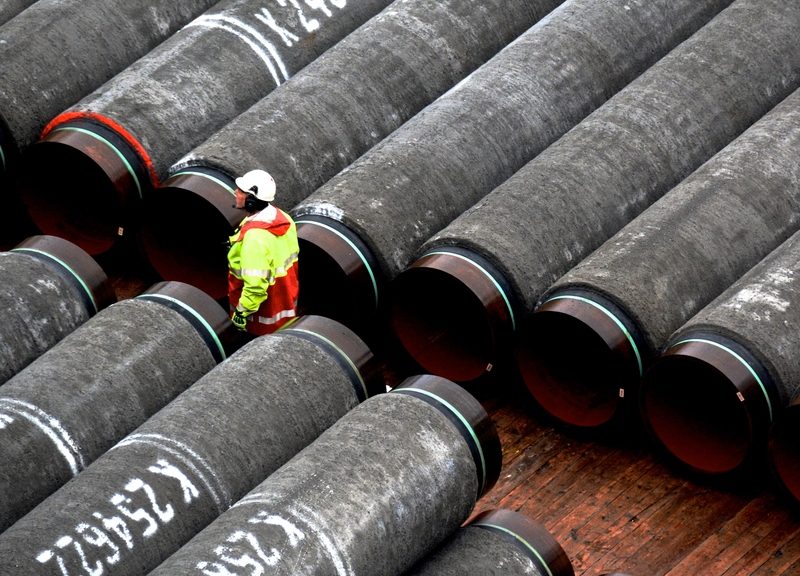 However, the industry is still a long way from efficiently using hydrogen.

During electrolysis, almost a third of the energy is lost, while in an additional conversion to methane or other fuels, half the energy is being wasted.

The Fraunhofer Institute for Wind Energy Systems said that renewable energies could by no means meet the high demand for electricity.

In Germany, it would be impossible to build enough wind turbines and solar parks to operate enough electrolysis plants to fuel the domestic industry.

“We will have to import hydrogen from other regions of the world where there is enough space, sun and wind,” Ingrid Nestle, the Green MP and Green Party spokesperson on energy policy, told EURACTIV.

In 2050, Germany would have to import up to 750 terawatt-hours of synthetic gas and liquid fuels. This would be the case if domestic hydrogen production were to remain as expensive and inefficient as it has been until now, according to the German Energy Agency.

Some experts find this questionable because it could create a political dependence on countries such as Saudi Arabia, the Emirates or Morocco.

The transport and feeding of hydrogen into the natural gas network also poses significant problems because this gas is not compatible with the existing natural gas pipelines of the heating network.

Although hydrogen can be added to a certain extent, even under laboratory conditions, only about 30% can be achieved. Tests in the UK have shown that the network can be adapted by retrofitting.

“However, we cannot have a national approach in this case. Our gas system is embedded in Europe since other EU member states depend on us not sealing off or changing our gas pipelines,” said Stefan Stückrad, scientific director at the Institute for Advanced Sustainability Studies (IASS).

Given the considerable technical and economic challenges, hydrogen is unlikely to be able to compete with fossil fuels, including natural gas, and oil so quickly.

Hydrogen is still too expensive and demand for it too low.

“This is a chicken-and-egg problem: to operate electrolysis on a large scale, there needs to be sufficient demand for hydrogen. And vice-versa, demand only increases when the corresponding technology is available to supply affordable hydrogen,” said Stückrad.

Green spokesperson Ingrid Nestle, therefore, called on the state to support power-to-gas technologies. For example, levies and charges on electricity should be reformed in favour of green hydrogen.

“We need a reasonable price for CO2. It is the only way to ensure fossil fuels are unattractive compared to hydrogen,” Nestle said.

To make electricity-intensive electrolysis cheaper, she proposes to make surplus electricity available for hydrogen production at a very low cost. So far, power plants have been throttled down.

Other politics and business experts also mention this idea and even the German economics ministry sees potential in such a proposal.

A bill that does not add up

However, hydrogen is only part of the solution, according to Nestle.

Investing in hydrogen technology without changing the industry, heating and transport sector “is a calculation that does not work”. Relying only on green gas would be negligent as long as technical questions remain open, according to Nestle.

The EU also sees it this way.

“Although hydrogen is not a miracle solution, it could be the energy transition’s missing link,” Tudor Constantinescu, an energy advisor at the European Commission, told an event organised by EURACTIV.

With a view to achieving climate neutrality by 2050 and launching the planned gas package in 2020, the Commission does not want to commit itself to a fixed quota for fossil-free gas. It wants all options to be kept open, despite the lobby association Eurogas, for example, demanding the implementation of such a fixed quota.

If emission-free hydrogen catches on, it will take years before it can be used on a large scale.  Until then, bridge technologies should be useful.

One of them is methane cracking, which makes it possible to produce hydrogen without releasing CO2 emissions as before. The substance is bound in solid coal and can be further processed, for example into activated carbon or in the construction sector. However, the process is also based on fossil gas after all.

The technology could nevertheless help create a market for hydrogen, according to Stefan Stückrad, who spent five years researching this technology.

“Because in the best case, if we want to keep warming below two degrees, this inevitably means that we also have to break away from natural gas,” Stückrad said. 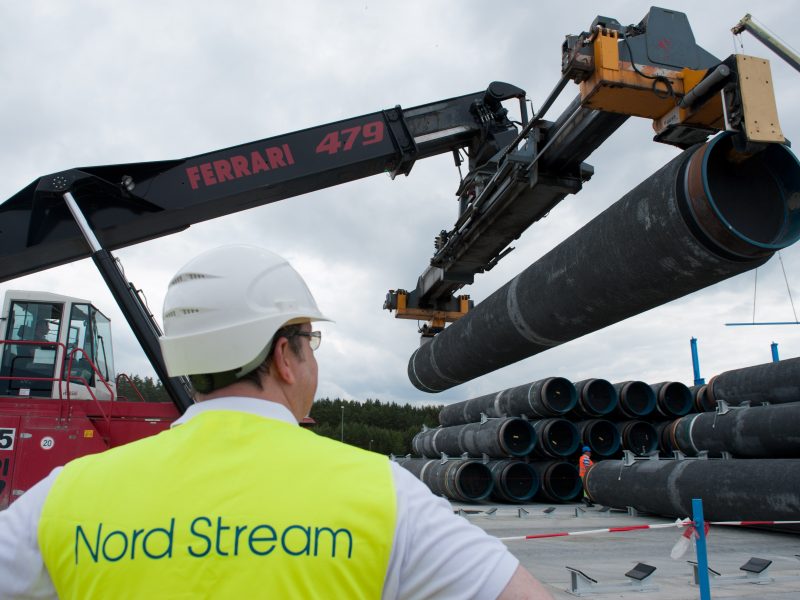