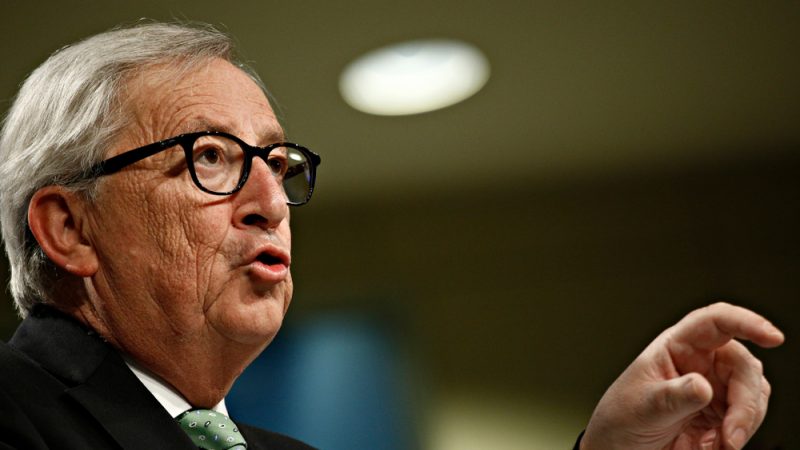 Speaking to reporters at the end of an informal summit in Romania, Juncker was asked whether the meeting between EU-27 leaders had relegated climate change down the political agenda.

The Luxembourger said he had “a lot of sympathy” for young people that have joined climate marches in recent months. “For decades, I complained that young Europeans didn’t go out into the streets. I like that they have taken their fate into their own hands,” Juncker said.

But the EU executive chief said that although he “has carefully studied” a letter signed by eight countries supporting a net-zero emission target for 2050, an existing 2030 target remains the priority.

“Inserting into the landscape a new target for 2050, I agree with that, but I have to say that we have a first target to be met in 2030. Let’s concentrate on immediate and urgent actions,” Juncker told reporters.

“Let’s not try to escape from our responsibilities by fixing a target a long time after the active time we spend in politics.”

The current 2030 goal is a 40% emissions reduction benchmark, which the Commission’s own analysis has shown should be reached easily. Updated Commission figures, published last year after the adoption of new EU laws on renewables and energy efficiency, suggested that at least 45% will be achieved.

Members of the European Parliament agreed in March that the 2030 goal should be increased to at least 55%, although the required unanimity of EU member states will be difficult to achieve in the Council of Ministers. Environmental campaigners like Greta Thunberg even suggested a target of 80% to align European goals with the latest science.

In November, the EU executive presented its draft 2050 climate plan, intended to make the EU economy compliant in the long run with the bloc’s Paris Agreement commitments. The most ambitious scenario would see reducing greenhouse gas emissions to net-zero by mid-century.

That net-zero pathway is currently explicitly supported by France, the Netherlands, Denmark, Sweden, Spain, Belgium, Luxembourg and Portugal. Finland, Slovenia and Latvia are also understood to agree with that objective in principle.

Germany, Italy and Poland were notable absentees from the climate non-paper.

But Chancellor Angela Merkel told reporters at the summit that she supports more efforts on climate change, although Berlin is not ready to sign up to the net-zero pledge yet.

“I have said that I explicitly support that we tighten up our goals,” Merkel said, adding that she supports a proposal to dedicate 25% of the next EU budget to climate action.

However, she said it was doubtful that a pan-EU agreement will be reached anytime, suggesting instead that a “coalition of the willing” like the signatories to the non-paper could be the answer.

Officials keen to preserve the bloc’s self-proclaimed climate leadership role hope that EU countries will be able to reach an agreement on either the 2030 increase or the 2050 plan by then, although time is running short.

In Sibiu, European Council President Donald Tusk announced there will be an extra summit on 28 May, immediately after the EU election results are released. A regular EU summit will take place a few weeks later, on 28-29 June.

Both gatherings are likely to be dominated by decisions on the EU’s top jobs and who should head the various EU institutions. And the political haggling that dominates such periods means the EU could turn up to the UN meeting in New York with no new commitments.