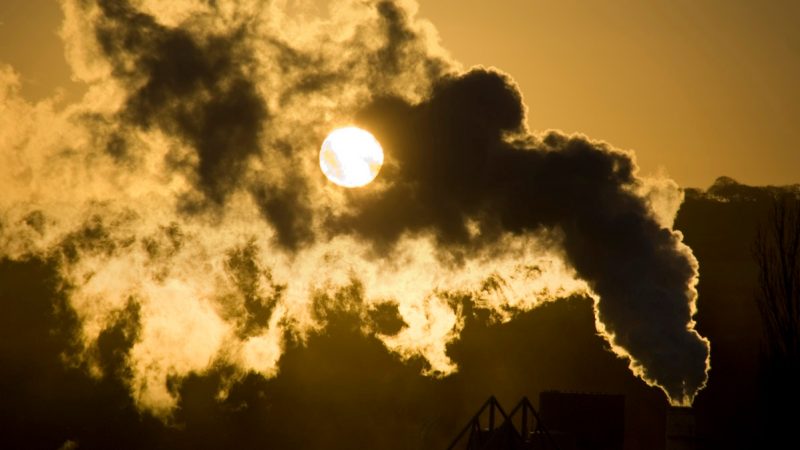 The report, published today (2 May), comes after the UK Government instructed the CCC to provide advice on the feasibility of a net-zero carbon target – a move the Committee believes could be achieved within the same cost envelope as the current less-ambitious Climate Change Act.

Today the CCC advises the UK should set a Net-Zero emissions target for 2050, including emissions from aviation and shipping.

This stops the UK’s contribution to global warming and is achievable at low cost through UK domestic effort.

It follows months of calls from MPs and businesses alike to enshrine a net-zero target into UK law – a discussion that has been amplified by the recent climate school strikes and Extinction Rebellion protests.

Just yesterday, During a debate at the House of Commons, Labour party leader Jeremy Corbyn tabled a motion for the UK parliament to become the first in the world to declare a climate emergency – recognition that legislative action to date has been insufficient. In a symbolic moment, the motion was passed.

CCC chair Lord Deben said: “We can all see that the climate is changing, and it needs a serious response. The great news is that it is not only possible for the UK to play its full part – we explain how in our new report – but it can be done within the cost envelope that Parliament has already accepted.

“The Government should accept the recommendations and set about making the changes needed to deliver them, without delay.”

The CCC recommends that a 100% reduction in greenhouse gas emissions should be legislated “as soon as possible”. Such a target would constitute the UK’s “highest possible ambition” to combatting climate change and would “send a much stronger signal internationally”.

And crucially, this net-zero target could be achieved at the same cost that is currently put against achieving the current Climate Change Act, which is between 1-2% of GDP in 2050.

However, the report does also note that some home nations are currently better equipped to deliver more rapid decarbonisation than others. Scotland, for example, is encouraged by the CCC to target net-zero emissions by 2045 – due to a greater potential to depollute its economy compared to the rest of the UK – whereas Wales should target a 95% reduction in emissions by 2050 (from the same 1990 baseline).

Mapping out various scenarios related to the uptake of low-carbon technologies across key sectors, the CCC concluded that current technological solutions and stronger policy frameworks could enable the UK to reduce emissions by around 97% against a 1990 baseline. The remaining 3% could be achieved by the scale-up of carbon capture and storage (CCS) solutions and hydrogen energy technology – both listed as a “necessity not an option” by the CCC.

To put the net-zero ambition into context, emissions in 2017 were 43% below 1990 levels. However, if the aforementioned ‘territorial’ approach to measuring emissions impacts were replaced, it is believed that total emissions reductions would actually equate to around 10% since 1997.

Truly achieving net-zero carbon economy by 2050 will, therefore, require a “whole-government” approach to combatting climate change, the CCC says, rather than placing emissions reductions solely in the remit of BEIS, Defra or the Treasury.

The CCC also notes that current climate policy is not enough, even for the UK’s existing emissions reduction targets (in fact, the UK is off-track to reach its fourth and fifth carbon budgets).

Specifically, the CCC has outlines key areas that need new legislative frameworks and support to accelerate decarbonisation. “Serious plans” are needed to clean up the UK’s heating systems, for instance, while heavy goods vehicles must be encouraged to switch to low-carbon fuel sources alongside shipping and aviation.

Elsewhere, the current supply of low-carbon electricity will need to quadruple by 2050, while the deadline to make electric vehicles the only mode of transport should be brought forward to 2035 or earlier, the CCC says. Efforts will need to be made to continue the decarbonising the built environment,although a new net-zero framework is being launched in this area.

And CCS is also seen by the CCC as crucial to the delivery of zero emissions, despite the Government having scrapped efforts to scale-up the technology in the past. There are 43 large-scale CCS projects operating or under development around the world, but none of these in the UK. (The Government did, however, recently declare an ambition to “make carbon capture, use and storage technologies a reality“).

The CCC adds that afforestation targets must be set. The report recommends that targets of rewilding 20,000 hectares annually should be established, and this target should then increase to 27,000 hectares per annum. To put that ambition into context, the UK has planted less than 10,000 hectares on average over the past five years. (Although progress does again look set to be made in this area, with the most recent Spring Statement including a major global review into the economic value of biodiversity).

Implementation of these respective strategies would deliver benefits in the form of improved air quality and general health, reduced noise pollution, healthier diets (an area which may itself need to be considered in legislative terms in order to reach the 100% target, according to the report) and increased recreational benefits from changes to land use.

Delivering of a net-zero emissions target would also create a boost for the UK’s industrial aspirations, the CCC says – most notably through accelerated uptake of emerging technologies in the areas of electric vehicles, renewables and low-carbon products and services.

On a global level, efforts to reduce emissions forecast a 1C drop in emissions by the end of the century – from 4C to around 3C. Following the major report from the Intergovernmental Panel on Climate Change (IPCC) in October 2018, the necessity for a net-zero target has been made clear.

Net-zero emissions by mid-century would create a reasonable chance of limiting global warming to 1.5C – the more ambitious target within the Paris Agreement. A national ‘net-zero’ target would, therefore, position the UK as a genuine ‘world-leader’.