Forget Brexit. Why the next hundred days can be decisive for EU climate action 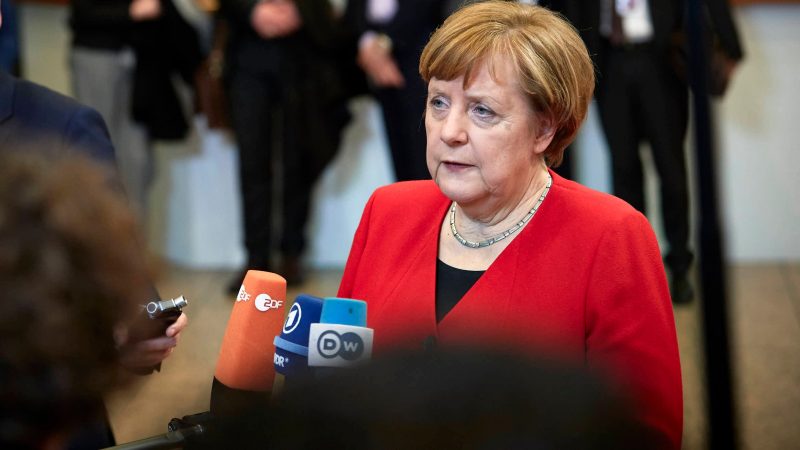 The all-important question is whether Angela Merkel, Emmanuel Macron and the others will support the European Commission’s call to increase the ambition of the EU’s climate policies, writes Brook Riley. [Copyright: European Union]

As EU leaders convene today to discuss the way forward for Britain’s departure from the European Union, they shouldn’t forget about the future ahead of them – including the all-important question of climate change objectives for 2050, writes Brook Riley.

If only EU leaders were taking the same tough line on climate change as they are on Brexit! But where the UK faces hard deadlines and European unity, climate action gets vague promises and open commitments.

The all-important question is whether Angela Merkel, Emmanuel Macron and the others will support the European Commission’s call to increase the ambition of the EU’s climate policies. The Commission wants Europe to do its bit to limit global warming to 1.5°C and go ‘climate neutral’ by 2050. The European Parliament agrees. But before this can be translated into legislation, all heads of state must give the green light.

They haven’t, or at least not yet. On 22 March, the morning after the decision to extend the Brexit deadline, EU leaders only agreed to ‘strive’ for climate neutrality. This is aspirational at best. Just as bad, leaders didn’t mention the 2050 deadline.

But it’s not game over. They will discuss climate again during the next European Council summit in June. And they aren’t all trying to spin their position as a success. Mr Macron’s verdict: “This is not in line with our climate commitments, with scientific consensus, or with our Youth’s rightful demands. We need a wake up call”.

What needs to happen to get on track for June?

First, pro-ambition advocates need a much better understanding of member states’ mindsets on climate action. Richer western countries back ambition, central and eastern member states are more reluctant. Who can blame them? Climate change is something people get interested in when basic salary, healthcare and wellbeing concerns are taken care of.

Therefore the task is to show that signing up to climate neutrality can deliver big socio-economic benefits—and fast. This is doable. Poland for example has a big, bold and very political plan to renovate four million homes over the next ten years. The primary goal—with an eye on the national elections in the autumn—is to fight smog and improve living standards, but it can slash emissions too. And Poland needs EU support: it has pledged €25 billion which it can’t hope to deliver without funding from the Commission and the European Investment Bank.

Second, climate action needs better organisation. One week before the European summit, an estimated 1.4 million students in over 2,000 cities demonstrated for climate action. This is mobilisation on a scale which climate advocates could only dream of a few years ago. And yet… it didn’t truly cut through to the leaders. In EU circles, mastering the jargon is the passport to influence. The kids on the street don’t speak the language of the European Council procedures, and their fantastic energy isn’t getting channelled into the political debates.

Businesses, meanwhile, must champion the benefits of climate neutrality and say loud and clear that no one can afford the price of inaction.

Third: mastering the political process. Heads of state agreements are the result of months of careful negotiations. Donald Tusk, of ‘special place in hell’ fame, chairs the summits. His cabinet, aided by the Council secretariat, prepares the draft wording. What arguments will they find most convincing? What wording could be acceptable to all parties?

Most important of all, politics is all about compromise—the Brexit process has shown this if it has shown anything. Yet it’s simply not possible to compromise on ambition: going climate neutral by 2050 is the only acceptable outcome (and some would say it is not good enough). Therefore arrangements will have to be found elsewhere, in the EU budget, and in other dossiers.

With less than a hundred days to the next EU summit, there is no time to lose.

One response to “Forget Brexit. Why the next hundred days can be decisive for EU climate action”