Time to send in the emergency climate responders

By Sandrine Dixson-Declève | Club of Rome 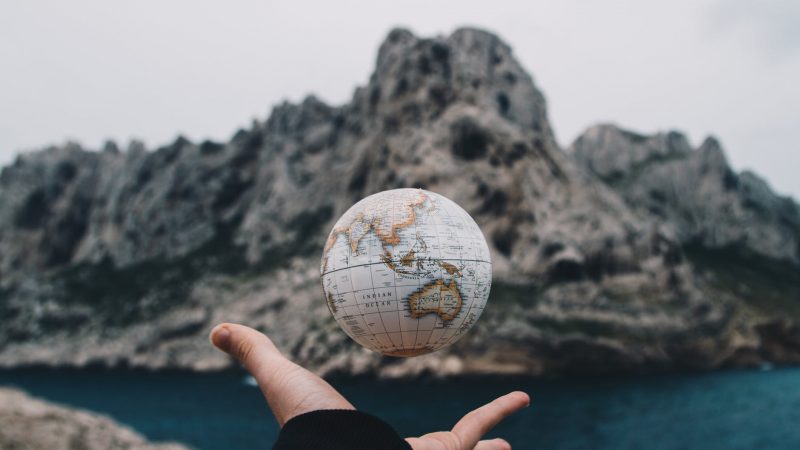 With last months election results showing an increase in voted towards a 'green' future, it is clear that voters are demanding change. The question is how long until it is too late? [PEXEL/Valentin Antonucci] [Valentin AntonuccI]

With a 12-year cap set by the United Nations’ intergovernmental panel of climate scientists, the clock is ticking to limit global warming to 1.5 degrees by 2030. It is crucial that European leaders back the environmental push, writes Sandrine Dixson-Declève.

Sandrine Dixson-Declève is the co-president of the Club of Rome.

Politicians may be sounding the alarm on climate, but they have yet to fetch the fire hoses.

It’s appropriate for politicians to declare that we are in a state of climate emergency. When a fire breaks out, sounding the alarm is the first thing to be done. Then, it is time to put the fire out.

The UK’s parliament took a symbolic step in early May when it became the first country to declare a climate emergency, followed by the Irish parliament 10 days later. Nearly 600 cities, states, and local governments have done the same worldwide. Yet these statements will not accomplish much unless they are implemented with quick, thorough change.

Declaring an emergency is what governments do in the immediate aftermath of, say, a landslide, a hurricane or a terrorist attack. The next step is to mobilize the forces — to send in the paramedics, firefighters, rescue divers or military guards.

So where are the emergency climate responders? The public is certainly clamoring for it, as was shown in the Green Party’s gains in last month’s European elections.

Over a month since British MPs made their declaration, the government decided to increase its current target and reduce greenhouse gas emissions to net-zero by 2050, as recommended by the independent Committee on Climate Change.

Over in Ireland, the government is considering strong policy proposals from a cross-party committee of parliament members, which were built on recommendations from an assembly of 99 randomly selected citizens. Still, real change has yet to be identified.

This inaction stands in stark contrast to the growing public demand around the world — it has been seen in the young school strikers, the Extinction Rebellion movement, the Amazon employees standing against their employer and the European voters.

Their outrage comes in response to the dire, irrefutable picture painted by the United Nations’ intergovernmental panel of climate scientists extracted from the October report on how to limit global warming to 1.5 degrees Celsius (and what happens if we don’t).  Also in response to last month’s report on the threat of climate change to nature.

The findings made clear that the world is hurtling toward sweeping extinction levels of animals, plants and coral reefs. It was also noted that there would be an increase in mass migration as people flee various conditions: rising sea levels, eroding coastlines, drought, extreme heat, shortages of food, water and land, related illnesses and premature deaths.

The reports also give a small window of hope: There is approximately 12 years to veer off this trajectory and keep the overall temperatures from rising.

The European Commission laid out a plan last year to point the bloc toward net-zero emissions by 2050 and other countries (like Belgium, Denmark, France, Luxembourg, the Netherlands, Portugal, Spain, and Sweden) are championing it.

The UK recently agreed to take up the stance towards net-zero emissions as well. German Chancellor, Angela Merkel, recently hinted her country may join the alliance.

It is crucial that European Union leaders back this plan when they meet in June. This way, Europe is prepared at the UN secretary-general’s climate summit this September, where all governments are urged to present plans, not pledges, for ramping up their commitments under the Paris Agreement.

A thorough emergency plan should address the biggest challenges that are limiting global warming to 1.5 degrees, as is proposed in the Club of Rome’s Climate Emergency Plan: The transformation of energy systems that still rely heavily on fossil fuels; the need to rethink pricing and growth; greater use of land to absorb, rather than emit, carbon dioxide; the scale-up of clean technologies; and recognition that it must be a socially equitable transformation.

EU states need to eliminate fossil fuel subsidies, whilst tripling annual investment into renewables and energy efficient technology. The states need to make a seismic shift across education, the economy, finance, and politics. A plan to reach these goals must start now and be firmly underway by 2030.

The problem is that Europe’s centrist politicians are taking fewer risks, out of fear of losing support to the extreme left and right. Irish Taoiseach, Leo Varadkar, has hesitated to increase the country’s carbon-tax in fear of sparking French gilets jaune-style protests.

What he should do is think about how that increased carbon-tax can benefit the lower-income citizens, by reinvesting the capital into adaption assistance. The same goes for Merkel’s government, which has spent years tiptoeing around the question of when to phase out Germany’s coal industry, in fear of losing this powerful source of support.

Dithering like this is what is pushing European voters to more radical parties, as illustrated in the elections.

Yes, populist, right-wing, anti-EU parties won big — but not as big as expected. The Greens were the real surprise winners, with gains in Germany, Finland, France, the UK, Ireland and Portugal (where a new green party won one seat).

With their share of European Parliament seats growing to 69, from 50, the Greens are poised to play kingmakers, pushing environmental concerns to the core of EU policymaking.

National governments would, therefore, do well to heed the call of their voters in rural and urban communities, especially from young voters who had increased support for the Greens this election.

Governments should then address the climate crisis the way one would any other imminent, widespread threat to its country – use it as a tool to lift the most disadvantaged and disenfranchised people out of poverty by creating clean industry jobs, enhancing community living, eliminating air pollution, improving public, low-emission transport and retrofitting buildings so they both require less energy and provide healthier living environments.

Ringing the emergency alarm doesn’t put the fire out, it can only start the conversation. We need clear fire-fighting guidelines. This is the only way to emerge from emergency, and give Europeans both the social and environmental leadership they are looking for.

2 responses to “Time to send in the emergency climate responders”