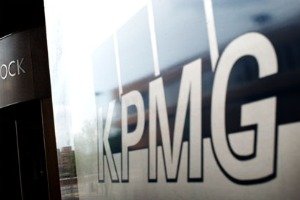 The "Big Four" global auditors could be broken up, leaving them susceptible to takeovers if radical European Union plans to boost competition go ahead, a UK auditing official said yesterday (27 September).

EU Internal Market Commissioner Michel Barnier is due to publish a draft law in November to curb what he sees as a conflict of interest when auditors check the books of and supply lucrative consultancy services to the same customer.

A copy of Barnier's draft law seen by Reuters proposes that auditors be banned from offering consultancy services to the companies they audit, or even banned from consulting altogether – a move that could force the firms to split their operations.

"Breaking up the Big Four audit firms would make them more susceptible to be taken over by emerging Chinese firms," a UK audit official said on Tuesday on condition of anonymity due to the sensitivities involved.

Barnier's spokeswoman said he has made it clear that the audit sector displayed clear failings during the crisis, giving banks a clean bill of health just before they were rescued.

He has trailed his plans for a year and the industry had hoped they would be watered down by the time he formally proposed them next month.

"Better audits and more informative audit reports will enhance confidence in the markets while also informing stakeholders of any problems with regards to any particular entity," the draft added.

The EU plans go much further than the United States, another major base for the Big Four, where the standard setter PCAOB is mulling requiring firms to switch auditors regularly, but has stopped short of recommending audit-only firms.

Reform aims to break up firms

Rolf Nonnemmacher, co-chairman of KPMG Europe, said the reform goes as far as a breakup of the best performing firms.

"The implementation of these proposals would lead to a massive reduction in quality of audits, to the detriment of companies. In addition this would impose high costs on companies," Nonnemmacher said.

Ernst & Young had no immediate comment, while PWC said there was no evidence that the radical measures would improve audit quality.

However, auditor Grant Thornton, which along with peer BDO has tried to end the stranglehold of the Big Four, welcomed Barnier's plans.

"While we believe there could be some implementation issues, we still applaud what the Commissioner is attempting to achieve," a Grant Thornton spokesman said.

Accounting officials believe the Big Four would be forced to choose between auditing or consultancy.

The ACCA, another UK accounting body, said it was unclear whether imposing extensive rules and curbs was the best way to promote independence and scepticism.

The European Parliament, which will have the final say with EU states, has broadly backed the plans.

Auditing industry officials estimate that 28-30% of global revenues come from statutory audits, with about 18% from non-audit services provided to the same audit client. This means that about half of total revenues is earned from providing consultancy services to clients which are not being audited as well.

Britain, as home to the Big Four's European base, is likely to oppose some of Barnier's more radical proposals though its Office of Fair Trading said in July a full-blown competition probe into the sector is warranted.

Accounting officials say such a probe would become redundant if Barnier's draft makes it onto the statute book.

"If I was the UK Competition Authorities I would be inclined to leave this up to Europe. It's not a UK issue, it's actually a global issue," the auditing official said.

Other elements of the draft regulation include:

Regulators have been concerned for years about the risks of concentration among the Big Four firms – PwC, KPMG, Ernst & Young and Deloitte – who between them audit nearly all the world’s biggest companies. Since Arthur Andersen collapsed in the wake of the Enron accounting scandal, officials have worried that a further big scandal could bring down another firm.

The directive came in the aftermath of international accounting scandals involving US firm Enron and Italian firm Parmalat. A year later, Brussels presented plans to limit the liability of audit firms in order to shield them from unrestricted claims, in the wake of the Enron scandal.

Michel Barnier, the Commissioner in charge of financial services, launched a two-month consultation to test his ideas to change the sector.