The Vice-President of the European Commission for Competition Policy Margret Westerger, 22 April 2015 [(Europe by Satellite)]

Because of Bulgaria’s discontent, Gazprom risks re-opening the antitrust case the European Commission had led against the Russian gas export monopoly over suspected abuse of its dominant position in the Eastern European gas market, EURACTIV.bg has learned.

The Case AT.39816 – Upstream gas supplies in Central and Eastern Europe is very likely to become part of the new Commission’s agenda.

According to sources in Sofia, Bulgarian state-owned gas supplier Bulgargaz is preparing to ask the Commission to resume antitrust proceedings against Gazprom because of the Russian company’s failure to fulfil one of its key promises.

It concerns Gazprom’s commitment to adjust Russian gas prices to average market prices in the EU, which had allowed the European Commission to drop the case.

On 24 May 2018, the European Commission, led by the Vice-President for Competition Policy, Margrethe Vestager, closed its antitrust investigation against Gazprom. The case lasted seven years and ended without a fine, but with important conditions – the Russian company was to slash down prices and stop efforts to prevent competition from accessing the Eastern European market.

The course of the case clearly identified the market prices for natural gas in Europe. These are the prices of continental hubs, as well as average border prices for Germany, France and Italy.

The price of Russian gas for Bulgaria was not a concern until the end of 2018. Problems appeared from the start of 2019, when stock (hub) prices went down significantly.

According to Bulgargaz, the Bulgarian request for price renegotiation was sent in early August last year, and the deadline for reaching an agreement between the two countries expired, without result,  120 days later (in early December).

Reportedly, negotiations between Bulgargaz and Gazprom over the past half-year were intensive but unsuccessful. Sources said the lack of response to a series of Bulgarian proposals is a way for Gazprom to delay the process of revising the contract price and there is obviously no desire on the part of the Russians to reach an agreement.

In the meantime, the European Commission published official data on the border prices for natural gas in the third quarter of 2019. It became clear from the Commission’s regular report that seven of the eight countries under the antitrust probe had already received a reduction in their supply prices from Gazprom. Bulgaria is the odd one out.

For the third quarter of 2019, Bulgaria has become the country buying the most expensive gas in the EU. Available data for the fourth quarter is likely to confirm this situation.

That is why Bulgargaz plans to seek support from the European Commission, with the aim of forcing Gazprom to honour its voluntary commitments.

Moreover, there is a risk that the antitrust procedure against Gazprom is re-opened, in which case Gazprom will again face the danger of paying a hefty fine – something the company had avoided by making commitments in the first place.

The Bulgarian gas sector is not faced for the first time with Gazprom’s reluctance to re-negotiate trading conditions. Over the decades, these demands have regularly “hit a brick wall”, largely due to the fact that almost 100% of the country’s natural gas consumption is supplied by Russia.

However, things are changing. Last year Bulgargaz managed for the first time to import 500 million cubic meters of gas from other suppliers at cheaper prices. Most of these quantities are from US LNG. For comparison, the total annual consumption of the country is estimated at 3 billion cubic meters.

Moreover, one billion cubic meters is expected to be imported from Azerbaijan via the Southern gas corridor, when the interconnector Greece-Bulgaria (IGB, also known as Stara Zagora-Komotini) is ready in the second half of 2020. 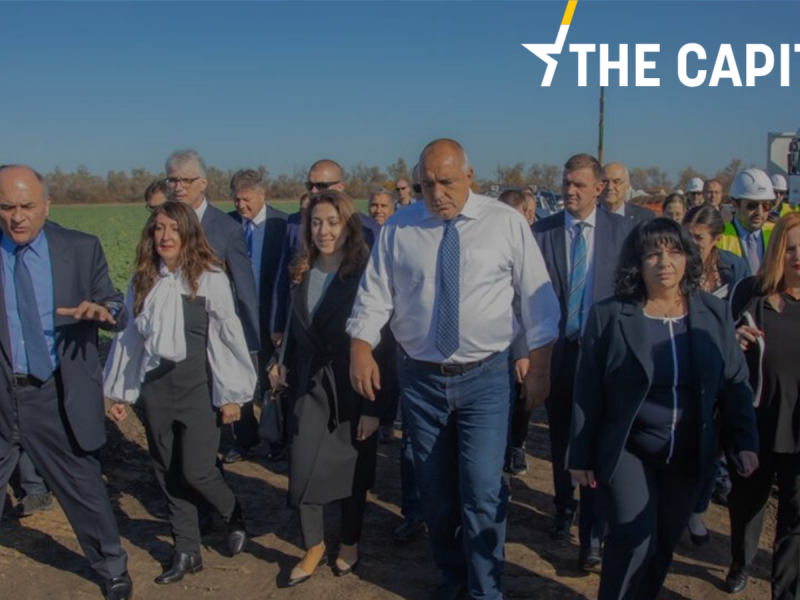 Bulgaria says it will be gas independent from Russia in 2020

Bulgaria has plans to import Russian gas from Turkey, via the Balkan pipeline, a continuation of the Turkish Stream pipeline bringing Russian gas to the European territory of Turkey under the Black Sea. The gas will go further to Serbia, Hungary and Austria and Bulgaria plans to use some of the gas for its own consumption.