“More than ever it is important to look at how companies contribute to the societies in which they are based,” said Ali Conway, chair of the European Business Tax Forum (EBTF). “The whole picture is actually useful,” she added.

EBTF has conducted a report looking at the ‘Total Tax Contribution of large multinationals based in the EU and EFTA,’ and argues that all these levies should not be forgotten when debating companies’ contribution to the common pot.

The report analysed the contribution 41 of the largest companies say they have made in the 32 EU and EFTA countries. According to the EBTF analyses, the total amount is €198.2 billion, including taxes on profits, people taxes, property taxes and planet taxes.

“For every €1 of corporate income taxes, there is another €1.41 of other taxes borne and €6.72 of taxes collected,” the report stresses. “From a business perspective, tax paid on incomes or on the property makes no difference,” said Andrew Packman, a Partner at PwC.

“Corporate income tax is a key part of our tax contribution but it is by no means the total pot,’’ Michael Ludlow, head of Tax at insurance company Swiss Re, added.

However, civil society does not fully agree. “Civil society recognises the benefits of having a strong private sector but we focus on corporate income tax just like authorities focus on the personal income tax,” argued Johan Langerock, Policy Advisor on Tax at Oxfam EU.

Langerock made a comparison between all the direct duties individuals pay as well and how that is not computed for their actual personal tax to put into perspective the need to focus on income levies for businesses.

“We have corporate income tax as a backstop to personal income tax but also because we want companies to pay their fair share of tax and contribute to society, to infrastructure, to education and to health systems, to the legal systems that help companies to operate properly and to be economically profitable,” said Langerock. 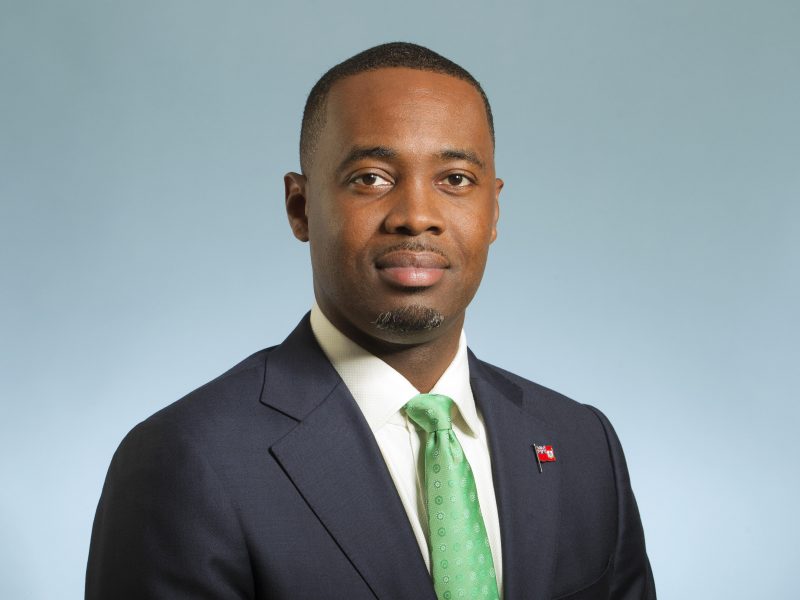 Bermuda wants to leave behind its reputation as a tax haven to become a Fintech hub. In an interview with EURACTIV.com, the premier of the UK’s overseas territory, David Burt, said the island could come out of the EU’s ‘grey list’ of tax havens early next year. But he criticised a global minimum tax as he praised tax competition among countries.

The debate followed the rejection earlier this month of a proposal to increase tax transparency in the EU through the establishment of public country-by-country reporting (CBCR proposal).

The initiative was included in the Action Plan on a Fairer Corporate Tax System tabled by the European Commission in 2016 as a response to the public anger that followed the publication of the Panama Papers, an unprecedented leak that exposed hundreds of cases, including in Europe, of tax evasion through offshore regimes.

The initiative aimed at amending existing legislation to require multinational companies to disclose publically their income tax in each EU member state. Although the scope is limited only to companies with a turnover of at least €750 million, countries are still reluctant to agree.

Even the nature of the discussion is under question, as the capitals split between those who consider this a competition matter – a level playing field for the Single Market in terms of corporate taxation is required – and those who consider it a tax issue.

If the question is regarded as taxonomy, unanimity would be required for any decision at the Council. That’s what the most reluctant countries – such as Ireland and Luxembourg – are pushing for.

Businesses representatives around the table showed a willingness to engage in the debate about tax transparency, “which is not going to go away,” but expressed reservations on the business implications of the measure. As long as there is no global solution, “it might create a potential competitive disadvantage,” Andrew Packman argued.

Meanwhile, Michael Ludlow, head of Tax at insurance company Swiss Re, said the devil is in the details.

“If you look at our business model, in one year we would generate enormous losses in different countries,” he explained, “but if you look at that in terms of our tax contribution in x, y, z countries in that year, the corporate tax that we pay would be zero. However, on a global basis, the corporate tax on a seven, eight years period would normalise.”

Oxfam’s Langerock, however, argued that country by country reporting “can be very helpful and doesn’t harm any business,” and is sometimes even encouraged by investors to be better aware of the risks they might undertake.

The European Commission president Ursula von der Leyen has committed to improve the EU’s tax systems and to simplify the rules, particularly for companies operating across borders.

“Differences in tax rules can be an obstacle to the deeper integration of the single market,” von der Leyen said in her political guidelines after her nomination for the post.

She vowed to introduce a legislative proposal for a common consolidated corporate tax base during her mandate. “This is a longstanding project of the European Parliament and I will fight to make it a reality,” von der Leyen promised.