By Zoran Radosavljevic | EURACTIV with Reuters

The European Commission has launched an “in-depth” investigation into the proposed merger of global agriculture giants Monsanto and Bayer, amid concerns that it may create too high a concentration and disrupt competition in the areas of pesticides and seeds.

“The proposed acquisition of Monsanto (US) by Bayer (Germany) would create the world’s largest integrated pesticides and seeds company. It would combine two competitors with leading portfolios in non-selective herbicides, seeds and traits, and digital agriculture,” the Commission said in a statement released on Tuesday (22 August).

We open an in-depth investigation to assess the proposed acquisition of Monsanto by Bayer under EU Merger Regulation https://t.co/rGvxkC7BBU

The EU executive added that the transaction would take place in industries that are already globally concentrated, as illustrated by the recent mergers of Dow and Dupont and Syngenta and ChemChina, in which the Commission intervened to protect competition for the benefit of farmers and consumers.

“The merged entity would hold both the largest portfolio of pesticides products and the strongest global market positions in seeds and traits, making it the largest integrated company in the industry.”

The Commission will further investigate whether competitors’ access to distributors and farmers could become more difficult if Bayer and Monsanto were to bundle or tie their sales of pesticide products and seeds, it concluded.

Bayer is a German company with pharmaceutical, consumer health and agriculture arms, while Monsanto is the leading global producer of seeds and pesticides, including the controversial glyphosate herbicide.

Germany’s Bayer said it still aimed to have the transaction approved by the end of the year.

“Bayer looks forward to continuing to work constructively with the Commission with a view to obtaining the Commission’s approval,” the company said in a statement.

Bayer had previously offered commitments aimed at easing the EU’s antitrust concerns over the deal with Monsanto, but the company declined to say what was proposed.

If approved, the deal would be the third large tie-up in the agrochemicals sector but other companies also had to offer concessions to win over regulators.

Dow secured regulatory clearance to acquire DuPont only after pledging to sell key research and development activities and other major assets.

And ChemChina had to sell a large chunk of its subsidiary Adama’s pesticide, herbicides and insecticides business, its seed treatment products for cereals and sugar beet and a substantial part of its plant growth regulator business for cereals to win EU approval to buy Syngenta.

The Commission said it was working with regulators in other markets, such as the United States, Australia and Brazil to vet the Bayer-Monsanto deal.

Bayer offered to sell its Liberty crop chemical, also known as glufosinate, and canola and cotton seeds that resist the chemical’s plant-killing effect to get approval for the deal from South African regulators. 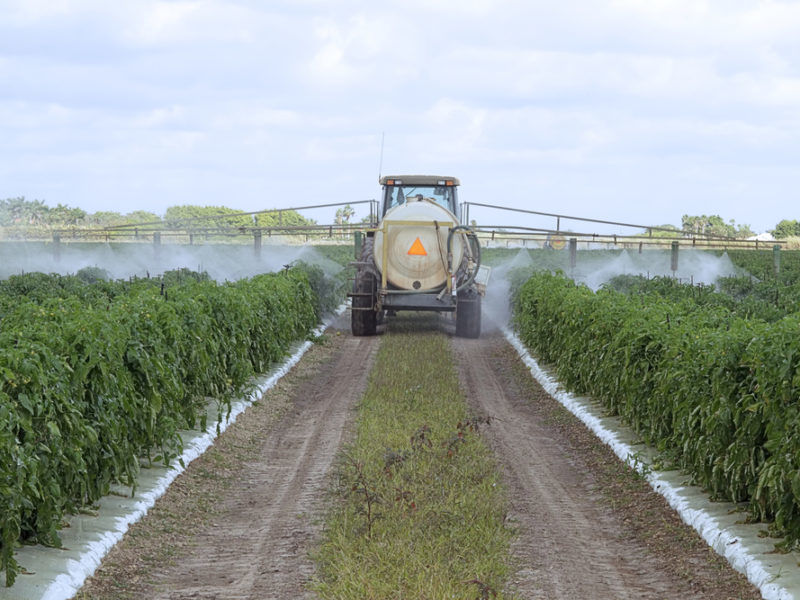 The planned merger has drawn strong protests from Europe’s environmentalists, farmers, lawmakers and even some of the best known French chefs. The Commission acknowledged on Tuesday it had been “petitioned through emails, postcards, letters and tweets expressing concerns” about the merger.

U.S. based campaign group Avaaz said it had submitted a petition with one million signatures to Competition Commissioner Margrethe Vestager, calling on her to block the deal.

“Over a million people are calling on her to block the merger from hell,” said Avaaz legal director Nick Flynn.

The Commission said it would asses the deal only from a competition perspective.