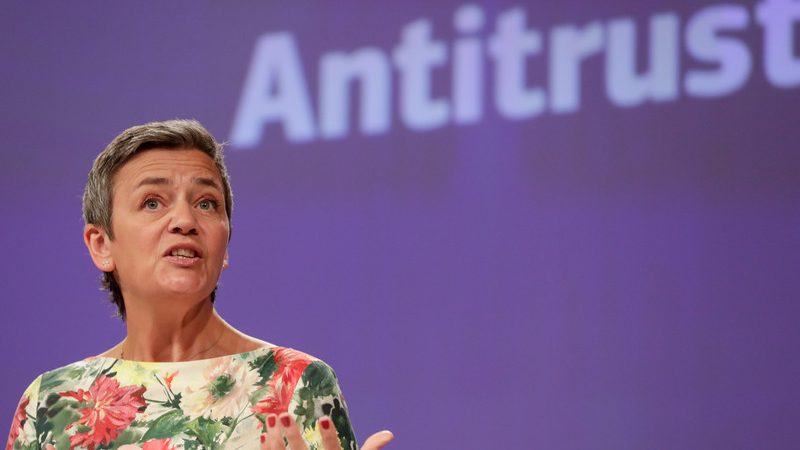 The European Commission’s official reactions have been general so far. [EPA-EFE/STEPHANIE LECOCQ]

Party politicking in the run-up to the appointment of the next European Commission has escalated an already intense debate in Greece over a new law under which members of an independent competition authority have been sacked.

At the start of August, the new conservative government in Greece (New Democracy, EPP) adopted a law providing for the dismissal of staff at the national competition commission if they have recently served in government offices.

The law was applied retroactively, which resulted in the firing of Vassiliki Thanou, a former supreme court chief justice, together with the vice-president and some other members nominated by the recently defeated Syriza government.

Thanou’s appointment in January this year was criticised as being politically motivated, with critics pointing to her close ties with Tsipras for whom she had been an unpaid adviser.

The legal change triggered an angry reaction from Syriza, which accused the government of intervening in independent authorities but also of violating EU legislation on the independence of regulatory bodies.

However, the European Commission has tried to take a neutral stance in its official reactions so far. The EU executive has said that it considers the issue of high importance and that independent authorities should be shielded from any political intervention.

EURACTIV asked the Commission last week why it had not yet taken a position in the case, and whether it has competence in this particular case.

A spokesperson replied that the Commission is in contact with the Greek authorities. “We are establishing the facts, including the contents of the law,” the EU official said. 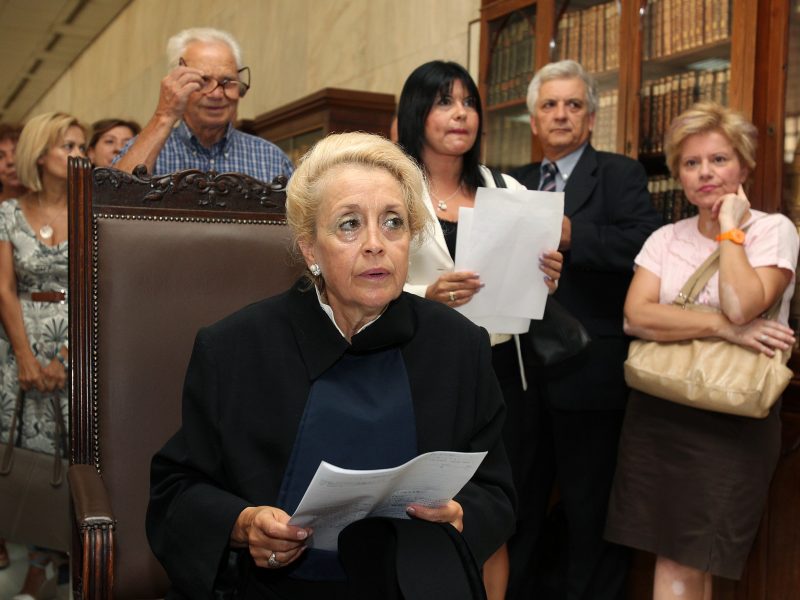 Vestager’s responsibility and her political plans

In late August, Thanou sent a letter to the EU competition commissioner Margrethe Vestager saying that the “puzzling lack of intervention” by the Commission in the case “enabled the government to create a situation that has never before occurred in Greece under a democratic regime – a violent and premature dismissal of serving members of an independent authority.”

Thanou also listed a number of similar legal cases in the past in which the Commission’s intervention had been immediate and clear from the very beginning.

For Stelios Kouloglou, a Syriza MEP, Vestager is facing difficulties in taking a clear position now, considering that she is in line for a senior vice-presidency position in Ursula von der Leyen’s new EU administration, in which the EPP, to which New Democracy belongs, will have the most representatives.

Otherwise, he said, the Greek government’s move would have already been criticised by the EU executive.

“I assume Ms Vestager does not clash with the European People’s Party so that she can take over a vice presidency of the Commission. It is a bit frustrating given that Ms Vestager has been very harsh and admirable in some other cases and her current silence is surprising,” Kouloglou told EURACTIV.

He told EURACTIV that Thanou was not fit for an independent body as she was part of Tsipras’s team. He said Thanou, although not an official Syriza member, had taken initiatives in the party’s politics such as the case he called the ‘Novartis fabrication’.

The Novartis investigation was launched in mid-December 2016 with accusing thousands of state officials and doctors of bribery in order for Novartis to get preferential treatment in the market. Up-to-date no politician’s involvement has been proved, but there are still open cases.

However, he conceded that the process used by the Greek government “has not been the best one”.

“But if we also take into account what Ms Thanou represents and what Greek
Premier Kyriakos Mitsotakis committed before the elections [to get rid of her] as well as the Greek courts’ initial decisions, then the accusations that Mitsotakis is the new Orban are groundless,” he said.

Dimitris Papadimoulis, a Syriza MEP and Vice-President of the European Parliament, also sent a letter yesterday to the leaders of the EU political groups calling them to intervene and protect the credibility and independence of the competition authority.

The leftist politician also highlighted that the Greek government’s decision to amend the law and sack Thanou was made amid ongoing crucial probes in monopoly cases, including the media sector.