EU state aid rules are a key instrument for the European Commission to control public investments that might hinder fair competition within the internal market. The economy has largely been put on hold as a result of the lockdown measures to reduce the spread of the coronavirus.

To keep the businesses going, the EU executive has established a temporary framework to soften the rules for affected companies.

Since the announcement, twelve member states – Denmark, France, Germany, Estonia, Latvia, Luxembourg, Italy, Malta, Ireland, Portugal, Sweden, Spain and the UK (EU regulation still applies during the transition period) – have made use of this flexibility.

Guarantees on loans and grants are the preferred tool for governments to ensure access to cash in favourable terms for companies in troubles.

Spain has set up an ‘umbrella’ scheme to provide liquidity support in the form of direct grants, repayable advances, tax and payment advantages, guarantees on loans and subsidised interest rates for loans, for large companies, SMEs and freelancers.

Germany opted for a similar system, as well as a subsidised loan scheme through the German promotional bank in cooperation with commercial banks. The authorities eventually extended the programme to other lenders, to enable granting favourable loans to help businesses cover the immediate working capital and investment needs.

Latvia has opted for a subsidised loan initiative worth €200 million, of which €50 is from the country’s budget and the rest should come from international financial institutions, and a loan guarantee scheme supported with €50 million of the national blueprint, to improve access to external financing.

Ireland set up a €200 million worth initiative in the form of repayable advances, accessible to companies experiencing a decline of turnover of at least 15%, although limited to a number of sectors. 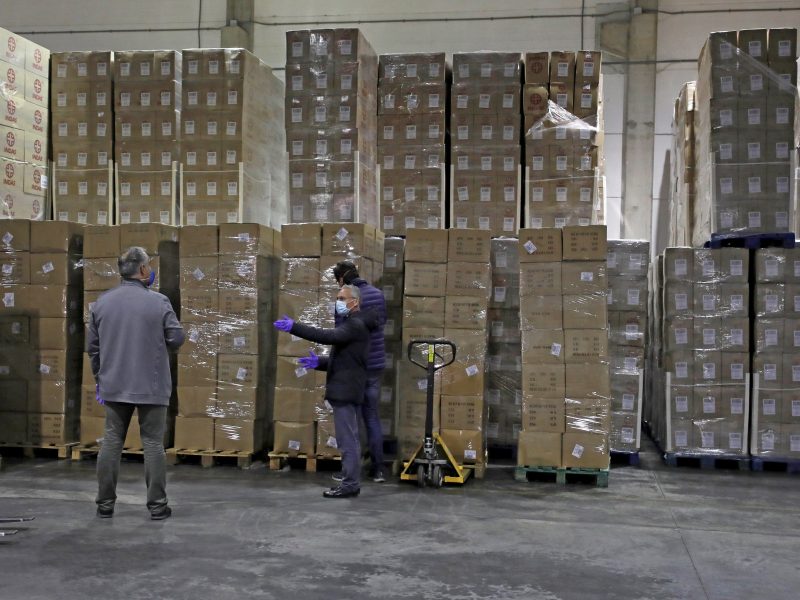 In most cases, member states have extended these measures – like Spain and France – or taken specific ones for SMEs and freelancers, as they tend to be more vulnerable to shocks than larger undertakings.

In the case of Denmark, the scheme will be accessible to SMEs whose exports represent at least 10% of their yearly revenue and losses are expected to be at least 30%. The support would be extended to sub-suppliers of those companies if they are SMEs themselves.

Portugal’s guarantee initiative has a €3 billion budget to support enterprises active in tourism, the restaurant businesses, the extractive and manufacturing businesses and travel agencies, animation or event organisation companies.

The UK will provide, through the “Coronavirus Business Interruption Loan Scheme”, direct grants to SMEs affected by the COVID-19 crisis, with a budget of approximately €654 million.

Italy went in a different direction and set up a state guarantee to support debt moratoriums for SMEs, including the postponement of loans, mortgages and leasing operations to ensure they have the liquidity to face the crisis.

France has earmarked an estimated €1.2 billion budget to support micro-companies and freelancers. Companies and self-employed are eligible if they have been forced to close their business as a result of the coronavirus outbreak, or if their monthly turnover in March 2020 dropped by 70% compared to the turnover in the same period last year.

The Danish system will take the form of an around €1.3 billion aid fund for grants that will cover 75% of the expected loss of turnover for a period of three months.

While most of the initiatives launched by member states are wide enough to cover any sector, Italy and France targeted two particularly crucial ones in this crisis.

Italy will support with €50 million, in the form of direct grants or repayable advances, companies that are setting up facilities to produce medical devices and personal protection equipment, expanding their facilities or converting their production to cope with the increase in demand.

The aid aims to incentivise the production of health equipment following the shortage Italy experienced as a result of the emergency. The products will go to the Italian authorities at market prices before the crisis.

France has been the first EU country to be granted permission to support airlines, one of the most affected sectors in this crisis. The French authorities have agreed on a postponement of payment of certain aeronautical taxes to help offset the losses caused by the COVID-19 crisis to airlines with an operating license in France.

Companies will be able to delay the payment of certain taxes dues between March and December 2020.

Denmark also set up a ‘Travel Guarantee Fund’ to provide liquidity to travel organisers so that they can compensate consumers whose trip has been cancelled as a result of the outbreak while ensuring business continuity during the crisis.

The Commission has established a contact point for member states to make sure that decisions are taken as quickly as possible given the seriousness of the situation.