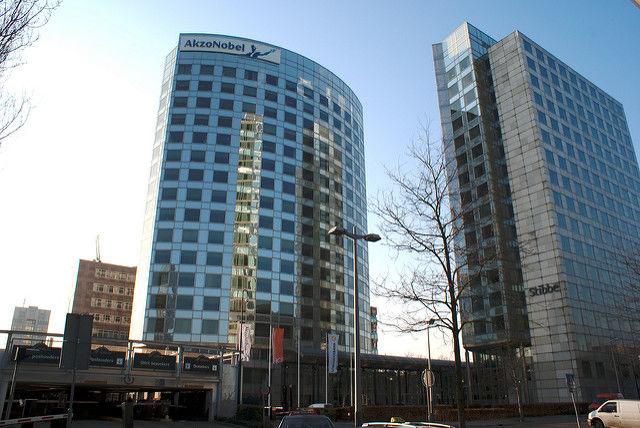 Wim van de Camp: "We are not pleading for protectionism, but Europe needs to be able to protect its critical infrastructure in our economies." [Shirley de Jong/Flickr]

The European Commission has set up an ambitious agenda to attract investment in the Union, as a key part of plans to generate growth and create jobs in Europe. However, several member states have expressed concerns and want to protect critical national infrastructure.

On the other hand, many believe that this is a setback and could jeopardise future investment in the EU.

The European Commission has raised concerns about the limited access EU companies get to public markets abroad, proposing measures to tackle the “imbalance”.

The Italian government recently stepped back from proposing measures to defend local companies against hostile takeovers.

The law, which was drafted by Economic Development Minister Carlo Calenda, would force investors who had increased their stake in any listed company above certain ownership thresholds to write a letter of intent describing their objectives over a specific period of time.

The government’s push for enhanced transparency in investment strategies in Italian companies came as a reaction to French media group Vivendi building up its stake in Italian broadcaster Mediaset.

Vivendi recently raised its stake to 28.8% of Mediaset, boosting its shareholder voting rights and raising fears over growing influence within corporate Italy.

The discussion also recently heated up in the Netherlands when Dutch paints and coatings maker AkzoNobel rejected a second takeover bid from US rival PPG Industries, worth €22.4 billion.

As part of a wave of mergers in the chemical industry field, the Commission last month (27 March) approved a $130 billion merger between Dow Chemical and DuPont, two of the oldest US chemical producers.

The Dutch multinational hinted that such a takeover would deal a severe blow to the country’s national interest, so there was no governmental political support for it.

The head of the company reportedly said that due to lack of political support from the Dutch government, Brussels would be sceptical about the proposed takeover. Contacted by euractiv.com a European Commission spokesperson commented, “All competition investigations by the European Commission are based on the facts and the law and not on other considerations.”

This week, the Netherlands’ caretaker Economic Affairs Minister Henk Kamp defended AkzoNobel against its US rival PPG Industries third takeover bid, which values the company at around €26.9 billion.

“Whether the offer is low or high, that doesn’t change my opinion,”  Kamp reportedly said to BNR radio.

“For the Dutch [economy], it’s good that the leadership of AkzoNobel, both the management board and the supervisory board, is planning to remain independent, and I support that,” he added.

According to Fredrik Erixon, the Director at the European Centre For International Political Economy (ECIPE), there is no concrete definition of crucial infrastructure, nor is it a concept used in international agreements defining market access for investment or trade.

“The general meaning of it is that everything from telecom networks to grids and public infrastructure cannot be put in the hands of foreign owners, or at least some foreign owners,” he stated.

“For over 200 years the company has been part of the Dutch economy and history. It is one of the leading European companies in its field with a strong focus on sustainability,” he said, adding that it would be a great loss for it to be taken over by its biggest US competitor, at a time that Europe is economically challenged by the US, China and other fast-growing and upcoming markets.

“We are not pleading for protectionism, but Europe needs to be able to protect its critical infrastructure in our economies,” the Dutch politician said.

However, not all of his EPP colleagues share the same a view.

Christofer Fjellner, a Swedish EPP politician, told EURACTIV that the original debate around this did not start in the Netherlands or Italy but in Germany, which is the main driver for EU legislation in this field.

In Germany, the current discussion centres on the protection of high-tech companies from unwanted takeovers, especially from state-owned and partly state-owned companies in non-European countries.

The German Economy Ministry wants to protect high-tech companies in Germany from unwanted takeovers, especially from state-owned and partly state-owned companies in non-European countries, a German newspaper reported on Sunday.

“I understand part of the concern in Germany with Chinese hostile takeovers,” he noted. He questioned, though, whether European legislation is needed.

“Member states have huge room for maneuver on the basis of national security to restrict investments,” he emphasised, adding that if there was EU legislation in this field, some would surely use it “not only for legitimate reasons but also for investment protectionism”.

“It would be used as an excuse to create national champions, to create their own state capitalism rather protecting national security,” he explained, and expressed strong disagreement with the Dutch government, claiming that its moves are deliberate.

He added that in the Dutch and Italian cases, politicians are trying to create protected national champions, another form of state capitalism.

“We criticise China for it, […] we should not start closing our own markets to investments at a time when we need them more than ever before,” he stated.

Referring to the debate about possible new restrictions on inward equity investments, Erixon stressed that there is an accelerating trend of economic nationalism in some countries.

“Right now on display in the Netherlands and the debate about the proposed acquisition of AkzoNobel by PPG,” he said, adding that the Dutch economy minister is taking a very public stance against it, which has strong overtones of economic nationalism.

“Then we have the big debate about whether Europe should introduce a Cifius-style mechanism for the possibility of screening some inward investment and blocking it on political grounds. […] Then we have the “reciprocitarians” – the governments who are concerned about non-reciprocated access to foreign markets for investment and bids in government procurement,” he emphasised.

For Erixon, these represent “bad” policies which will eventually hurt the EU economy.

“Inward investment is a good thing and the notion that there is a global war for accessing strategic assets like infrastructure or technology is a bad repetition of an old debate and it sounds like something taken from a Cold War thriller,” he said. Erixon further stressed that the government can already block investments if there are legitimate concerns about security, which is “fine”.

“Our problem is that there is already too much politics going into commercial investments and it would be better for everyone if the discretionary opportunities for governments to fiddle with commercial operations were reduced,” he warned, adding that the idea that the ownership of companies should be decided in government offices in the Hague, Rome or anywhere else, is simply flawed.

2 responses to “EU flirts with protectionism amid foreign takeover concerns”