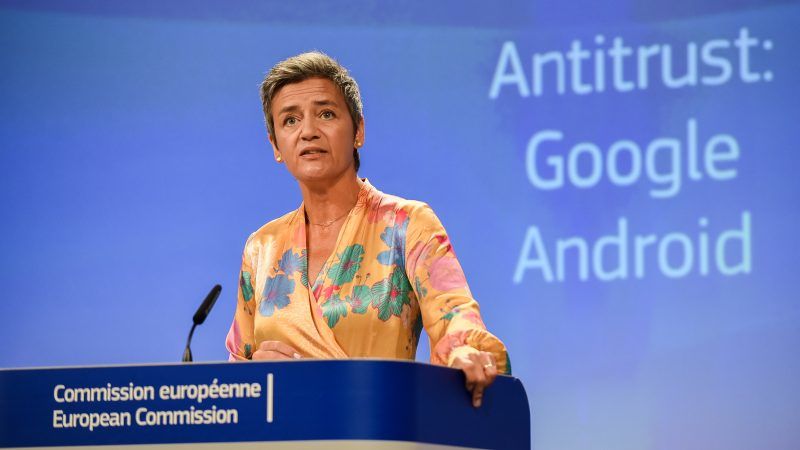 Commissioner for Competition Margrethe Vestager said that Google has 90 days to implement "effective" remedies to end its abuse of dominance. [European Commission]

The European Commission slapped Google on Wednesday (18 July) with a record fine of €4.34 billion for abusing its dominant position and said it would continue to investigate as a “top priority” Google’s other businesses for possible additional breaches of market rules.

Following three years of investigation, the Commission concluded that the firm based in Mountain View, California, abused its dominant position to limit competition in search engines and browsers in the booming sector of mobile internet.

Android was its ‘Trojan Horse’ for mobile device manufacturers. The free operating system developed by Google quickly spread over the market to control 80% of smartphones, but it included restrictions for pre-installing rival applications, in particular in the field of search engines

“Google has used Android as a vehicle to cement the dominance of its search engine,” the commissioner for competition, Margrethe Vestager, told reporters. “These practices have denied rivals the chance to innovate and compete on the merits,” she added.

This is the second record fine the EU executive imposed on Google, following the €2.42 billion penalty in June 2017 for its online shopping service.

Google said it would appeal the decision.

“But we are concerned that today’s decision will upset the careful balance that we have struck with Android, and that it sends a troubling signal in favour of proprietary systems over open platforms,” he wrote on the company’s blog.

But the eight-year-long battle between Google and the Commission is not over yet and the nearly €7 billion bill could continue increasing. Vestager said that its services continue to investigate other business areas of the company, including the restrictions Google imposed on third party websites to display advertisements from its competitors (AdSense Case).

“It is a top priority for us,” she emphasised.

As in other cases, the Commission is particularly concerned about the intersection of the abuse of dominant position in the digital world and the handling of users’ private data. In that regard, Vestager is also keeping Facebook on her radar screen.

The Commission is not looking for an apology from the company, whose original motto was “Don’t be evil”, but a transformation of its Android arm, which brought $20.1 billion in revenues last year through Google Play, its app store.

“This is an illegal behaviour, we want this to stop in an effective manner,” she told reporters.

“This is not a moral endeavour. This is a market. There are rules in this market, and just as well as anybody else, Google should play by these rules,” she said.

Apple’s App Store reached $38.5 billion in revenues in 2017, but the Commission does not consider it as a direct competitor as it is part of the closed ecosystem for Apple products.

In the next 90 days, Google should end the restrictions it used to control the mobile internet market.

These are the “illegal” tying of Google Play Store, Google Search and Google Chrome browser to Android-run mobile devices. Manufacturers could not pre-install some apps because of the licensing conditions.

In addition, the company paid the largest device manufacturers and network operators to make sure the “exclusively” pre-installed Google Search is in all Android devices.

Moreover, Google blocked the development of an alternative version of Android (Android forks).

The result was captive users who didn’t have initial access to other search engines and browsers. Vestager argued that it is “very, very rare” that users download new apps when it comes to search engines or browsers. The result was that only 1% of smartphone owners run by Android did not use Google search and only 10% used a different browser than Google Chrome.

As in the ongoing shopping service case, the commissioner stressed that she will monitor “very closely” the changes introduced by Google. If no effective remedies have been introduced, the institution will charge penalty payments worth 5% of the average daily worldwide turnover of Alphabet, its parent company.

Still, Vestager did not believe that breaking up the company could be “the silver bullet” to ensure more competition.

The Danish commissioner said that the record fine reflected the gravity: “it is a very serious illegal behaviour”. The Commission also took into account the duration of the infringement (since 2011) and the value of Google’s revenue from search advertising services on Android devices in the European Economic Area.

She said the final figure, more than four times bigger than the previous record fine imposed on another firm (Intel: €1.06 billion) was “not out of the ordinary…maybe on the high side” but in line with what we usually fine.

The penalty against the US-based company came days before Commission President Jean-Claude Juncker’s visit to the White House to meet with US President Donald Trump.

US Authorities have complained in the past that Vestager’s investigations were targeting their national companies.

Although Silicon Valley has also been at the receiving end of Trump’s invectives, the US president told Juncker last month at the G7 meeting in Canada that “your tax lady…she really hates the US”.

Vestager did not believe her latest fine could complicate Juncker’s visit.

“As I know my US colleagues, they want fair competition just as well as we do,” she said. 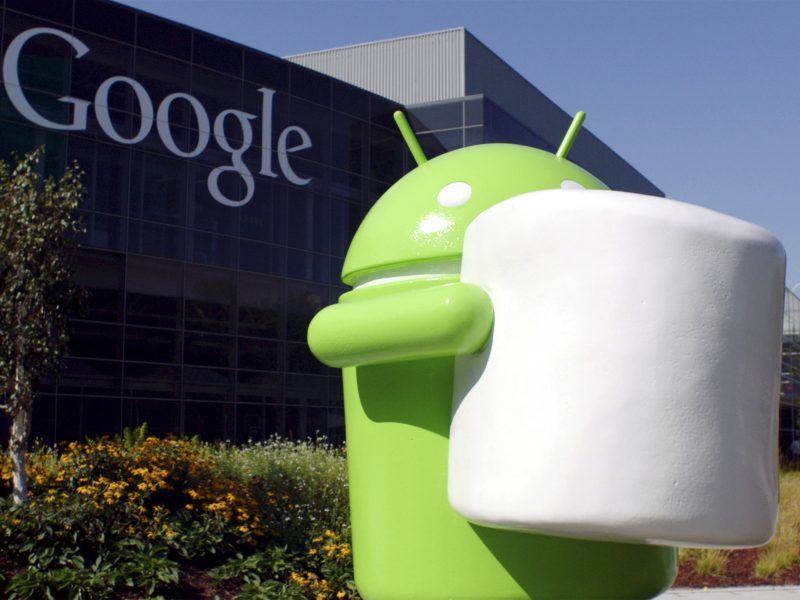