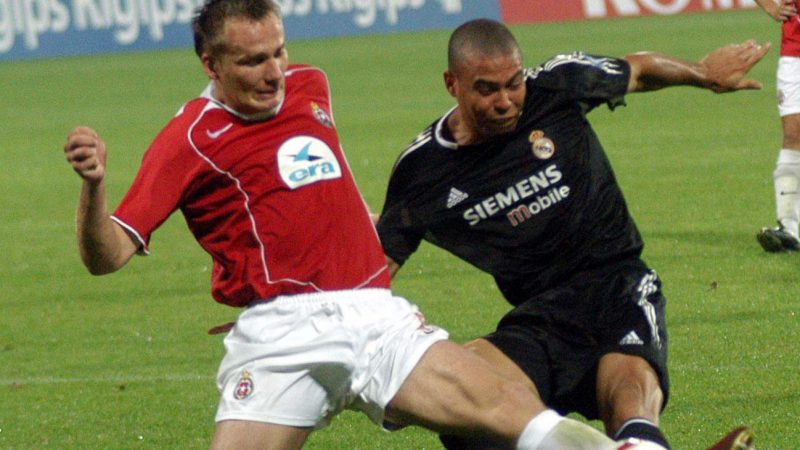 Tomasz Frankowski (left) plays against Real Madrid in the third round of the Champions League in 2004. Today, Frankowski fights Madrid off the pitch as a member of the European Parliament by opposing Real Madrid's and other top European clubs' plans to organise a competition that is independent from the UEFA. [EPA/Jacek Bednarczyk]

The “European Super League” project is considered a threat to European solidarity and inclusiveness in sport following a resolution adopted by the European Parliament on Tuesday (23 November).

The ESL is a plan by twelve of the biggest European football clubs to establish a new midweek competition organised independently from UEFA. The project caused uproar in the football world when it was unveiled in April 2021.

Former professional footballer and now a member of European Parliament, Tomasz Frankowski drafted a resolution against the new competition. Five hundred ninety-seven members of parliament voted in favour of condemning the ESL, with 36 against and 55 abstentions.

“In Europe, sport must be based on the principles of solidarity and inclusiveness with open competitions”, Frankowski told EURACTIV ahead of the vote in parliament.

“As a former football player, I should highlight that sporting merit and a system of promotion and relegation are unquestionable in European football”, he added, referring to the fact that the football clubs in the ESL could not be relegated.

In the days before the vote, promoters of the “European Super League” (ESL) tried to gain support for the breakaway competition, accusing UEFA of conflicts of interests and violating EU competition law. 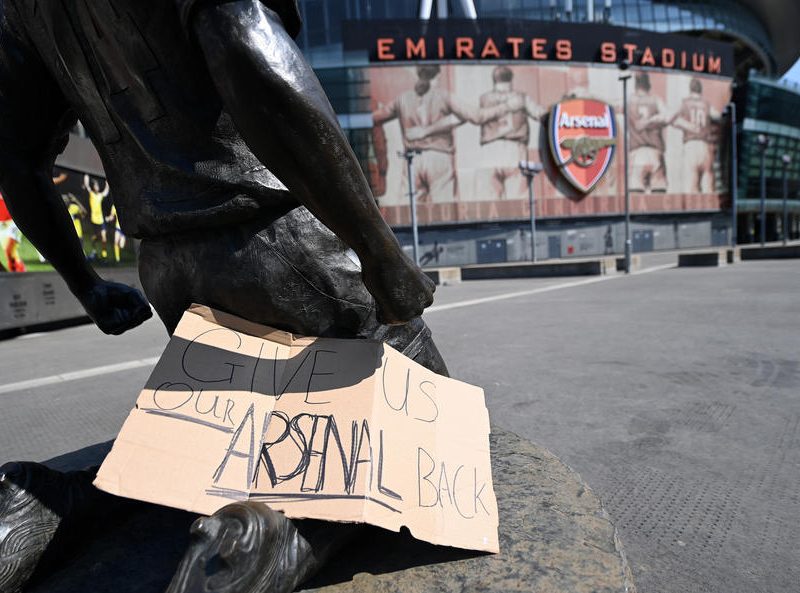 Promoters of the controversial Super League football tournament have sent a letter to EU lawmakers ahead of this week’s vote in the European Parliament on a sports-related report, attacking what they said was the monopoly of Europe’s “self-established” football governing body UEFA.

Frankowski’s report, which the European parliament has now endorsed, explicitly opposes “breakaway competitions” like the ESL, claiming it would threaten the European dimension in sport.

“This is the way sport, not just football, is organised in Europe, and it’s for good reasons. The commercial success of elite sport is used to finance grassroots sport, development programmes and less profitable competitions. If we allow the commercial elite level to break away from the rest, the whole pyramid and system crumbles”, he told EURACTIV.

Florentino Pérez, president of Real Madrid and supporter of the ESL, argues that the ESL would not lead to a “breakaway” but “fully respects domestic leagues”.

The sponsors of the ESL also reacted with disappointment to the vote in the European parliament.

“There is no other circumstance in Europe in which a monopolistic private regulator such as UEFA, based outside the European Union would also be allowed to be the sole, dominant operator and gatekeeper”, sponsors Anas Laghrari and John Hahn said in a statement, referring to the fact that the UEFA is based in Switzerland, not in the EU.

“We from the European Commission are committed to protecting the European sports model as we know it and as we like it”, he said.

In 2017, the Commission ruled against the International Skating Union (ISU) after it had imposed sanctions on two Dutch professional speed skaters for having participated in a competition that the ISU had not authorised.

The European Court of Justice might soon weigh in on whether UEFA’s monopoly can be justified under EU law or not, as a Madrid court asked for an opinion on the matter.

Frankowski, meanwhile, does not deny the monopoly position of the UEFA. “Of course, these “monopolies” must be controlled and come with strict conditions”, he argued.

Therefore, Frankowski stated, the challenge posed by the ESL should be taken as a “great opportunity for the European football stakeholders to discuss the future of the entire football pyramid in Europe.”