Firms must be exposed to competition, says Vestager in blow to ‘EU champions’ 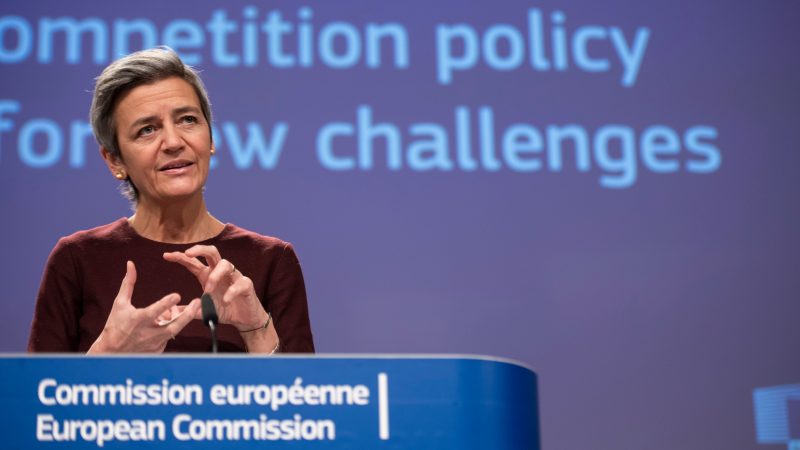 EU Competition chief, Margrethe Vestager argued on Thursday (18 November) that strong businesses would not emerge by shielding them from competition, but by exposing them to it, as she presented the bloc’s competition policy review.

“Businesses must feel the need to innovate to come up with new, more efficient solutions […]. Competition contributes to that drive, stimulating businesses to innovate and invest to succeed in the market place”, the communication reads.

Competition Commissioner Vestager also called for more competition enforcement, pointing to a recently published policy brief by the EU’s competition authority showing that market concentration in the largest European economies is on the rise.

In doing so, the Commission appears to be pushing back against positions taken by the French and German governments who think that competition policy should be less strict in some regards to allow for the emergence of “European champions”.

Markus Ferber, an MEP for the centre–right European People’s Party criticised the Commission’s approach. “If we want European companies to be able to compete against their US or Asian competitors, EU competition policy needs to get smarter in allowing European champions to emerge”, he stated.

The Commission’s communication also referred to international developments, namely the push for stronger competition enforcement in the US. Asked by the social democratic EU lawmaker Paul Tang about the developments in the US, Vestager said President Biden’s push for strengthened enforcement was “like Christmas in summer” for her.

Part of the Commission’s push towards stronger enforcement is based on guidance from earlier this year, enabling the Commission to control mergers even if the companies are too small to fall under national or European merger control.

The Commission wants national competition authorities to refer these cases to the EU executive to prevent so-called ‘killer acquisitions’. The term describes the phenomenon of big companies buying innovative startup firms with the goal of preventing them from becoming rivals.

The new guidance is currently being challenged by the US healthcare companies Illumina and GRAIL. 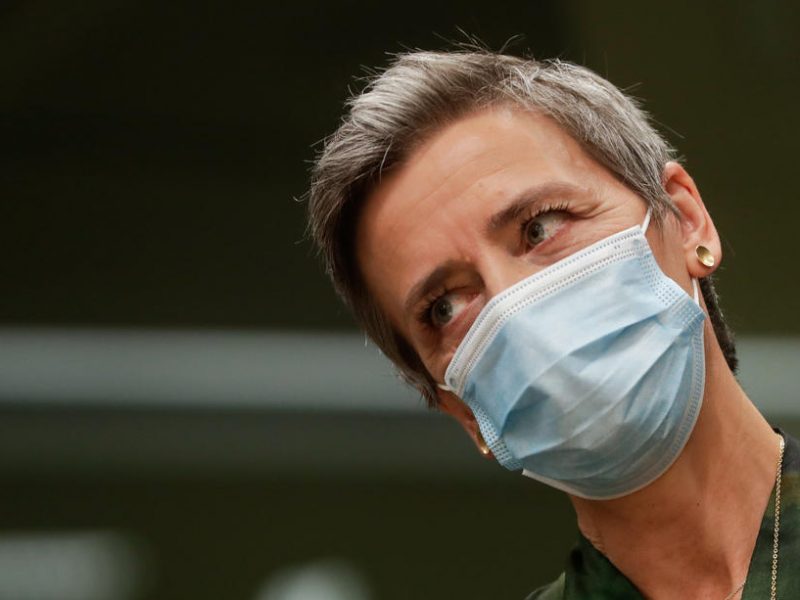 Killer acquisitions were a key point of discussion around the Digital Markets Act (DMA), a legislative proposal to regulate Big Tech, as very large companies have been accused of taking over hundreds of emerging competitors.

MEPs reached an agreement on Thursday to include in the DMA provisions that would enable the Commission to impose temporary blocks to such acquisitions for platforms that have repeatedly violated their obligations.

The Commission also sees a role for state aid.

In reaction to the pandemic, the Commission temporarily allowed national governments to offer increased state support for private businesses, and has decided to prolong this until July 2022.

This move should allow a “coordinated phase-out of crisis measures” and avoid cliff-edge effects, according to the Commission.

“Whilst it is important that we resume to the normal rules on State aid, we must make sure we do not do so prematurely before the recovery is self-sustaining”, he said.

Moreover, Vestager announced a review of more than 20 sets of competition rules and guidelines to ensure that competition policy does not stand in the way of the green and digital transitions.

For example, she announced new state aid guidelines for climate, environmental protection and energy, allowing member states to support businesses in the green transition. According to Vestager, it should also become easier for companies to cooperate if they develop more sustainable or more innovative digital products.

Additionally, the rules around important projects of common European interest (IPCEI) will be adapted to allow for more projects supporting the decarbonisation of the European economy.

“The Commission is keen to highlight proposals to change state aid and the horizontal guidelines in support of greening competition policy”, said Michelle Meagher, competition lawyer and senior fellow at the centre for law, economics and society at University College London.

“But arguably the Commission’s most powerful tools for directing the economy towards public goods are merger control and abuse of dominance enforcement. The Commission must urgently consider the roles that these tools play in perpetuating unsustainable business and industrial practices”, Meagher told EURACTIV.

A central aspect in which the Commission sees competition policy supporting the European economy is “by filling in the investment gap” for digital infrastructure, notably broadband and 5G networks.

While the majority of investment in connectivity comes from private operators, there are also so-called ‘white zones’, scarcely populated areas where businesses do not have a case to invest, and where public authorities are expected to chip in based on the upcoming Broadband State aid Guidelines.

In its communication, the EU executive points to its initiatives to keep “the market power of dominant platforms in check,” stressing ongoing market investigations such as the Google Shopping case, which was recently confirmed by the EU’s General Court.

In legislative terms, the most relevant proposal is the DMA that the Commission sees as “working in tandem” with competition enforcement.

The key role of data in the internet economy is also recognised, together with the need to ensure data is fairly accessible to all actors regardless of their size. The question of data accessibility by customers and businesses is a key aspect of the upcoming Data Act.

In terms of resilience for the digital economy, the upcoming European Chips Act is mentioned as a way to secure semiconductor supply amid a global shortage. The proposal is expected to focus on how to scale up the EU semiconductor capacity, increase investments in research and geographical diversification of supply chains.