Altmaier’s decision to actively shape industrial policy together with France can be seen as a move to protect Germany’s ‘Mittelstand’.

“Today, amongst the top 40 biggest companies in the world, only five are European,” the manifesto reads.

At a joint press conference in Berlin on Tuesday, French Minister of the Economy and Finance, Bruno Le Maire, and German Economy Minister Peter Altmaier both underlined what they termed a “massive disadvantage” of European companies in comparison to their Chinese and American counterparts.

“In order to be able to create a new European champion, it is necessary to change the European regulatory framework,” Le Maire said while emphasising that countries like China heavily subsidise their own companies. 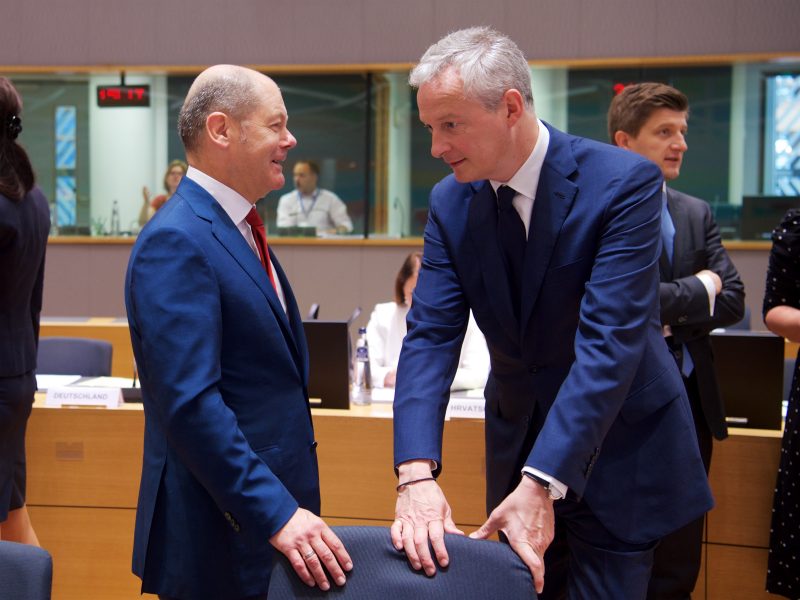 The two European countries suggested updating merger guidelines to take greater account of competition at the global rather than the European level.

In their five-page strategy paper, France and Germany also proposed giving the European Council, the forum representing member states, the right to override some antitrust decisions by the European Commission in certain “well-defined cases”.

“It’s the first time that France and Germany have put forward proposals to transform EU competition rules,” Le Maire said. “We have powerful, modern technologies and we don’t want them to serve other continents than ours.”

Speaking at a political event later on Tuesday, Le Maire called the European Commission’s refusal to let Siemens and Alstom merge an economic mistake and a political flaw.

“Sometimes there is nothing more stupid than European rules,” he said.

Alongside a change of the regulatory rules, the French-German industrial manifesto also calls for “massive investment in innovation” as well as measures to protect European technologies, companies, and markets.

Both ministers emphasised that completing the Capital Markets Union will enable European financial markets to support innovation in the industry.

“It’s all about keeping the created value in Europe,” Le Maire said.

“You don’t want to see a company that has been funded for many years gone into the hand of investors,” he added, referring to the 2016 purchase of German robotics maker Kuka by China’s Midea, a move that created much controversy in Germany.

In this respect, Altmaier’s decision to actively shape industrial policy together with France can be seen as a move to protect Germany’s ‘Mittelstand,’ the backbone of the country’s economy, and a clear break with its traditional “hands off” approach to business and market decisions.

Both ministers also presented their new joint initiative where Germany and France earmarked a combined €1.7 billion to support the local production of battery cells for electric vehicles.

“I expect a decision about the consortia very soon, probably in the coming weeks,” Altmaier said, adding that France and Germany hoped to get European Commission state aid approval before 1 April.

Both ministers declined to say where the first plant will be and instead stressed that this project is open to all member states.

“So far, Poland, Spain and Italy have expressed their interest in the project,” Le Maire said.

The push is meant to reduce European carmakers’ dependence on Asian electric vehicle battery suppliers and protect local jobs, at risk from the shift away from combustion engines.

“It is dangerous to depend on foreign suppliers, particularly from Asia,” Le Maire said.

“What we want, is to keep the whole value chain European,2 he added.

“With its silk road project, China is about to take it all (on the economic world stage),” he said.

One response to “France, Germany call for a change of European regulatory rules”