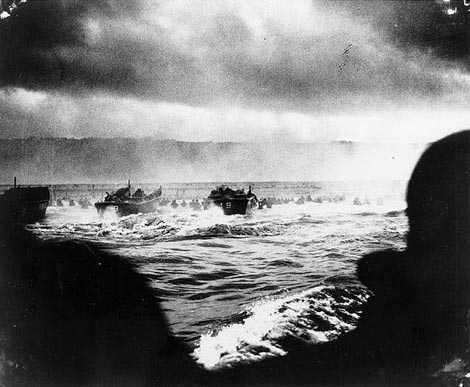 Foreign TV stations covering this week’s 70th anniversary of the D-Day landings in Normandy have complained about the hefty fees charged by French broadcasters for access to some of the events.

On Friday, France will host the United States’ Barack Obama, Britain’s Queen Elizabeth II, Russia’s Vladimir Putin and other world leaders for a day of events around the beaches of Normandy, where Allied troops in 1944 mounted history’s largest amphibious assault to speed the end of World War Two.

However French broadcasters’ handling of the so-called pool – the widespread arrangement under which media groups agree to share material – has triggered criticism and fears of hefty access charges from an international group of commercial broadcasters and global news agencies.

While Europe’s national, often publicly-run broadcasters can secure access to the images via the European Broadcasting Union (EBU), commercial stations and the news agencies that distribute such coverage around the world said the arrangements for them were still surrounded in confusion.

The European Commission said on Tuesday it had received complaints about the issue, but clarified on Wednesday that those complaints were related to another issue.

“We have not received any complaint about D-Day coverage,” said Antoine Colombani, a spokesman for competition policy.

Privately held French broadcaster TF1 and France 2 of the state-run France Televisions group at first asked for fees ranging up to €61,000 ($83,000) for access to certain D-Day events, according to charge sheets seen by Reuters.

After early protests, President Francois Hollande’s office intervened on Friday to say the main ceremony would be available to foreign stations for free. Separately, the U.S. government assured agencies access on a par with the French pool for a ceremony at the U.S. cemetery in the town of Colleville-sur-Mer.

[Editor’s note: This article was corrected at 14.30 to mention that the European Commission had not received any formal antitrust complaint on the access issue.]