After being snubbed by the failed merger between Alstom and Siemens, France has been urgently calling for an overhaul of EU competition rules.

This is the message conveyed by a report from France’s Inspectorate General of Finances (IGF), published on Monday (3 June), at a moment when the race for the European Commission president position is on.

France’s message calls for a relaxation of the rules, which it considers more stringent in Europe than elsewhere in the world. It also calls for introducing the requirement of taking into account the EU’s strategic interests.

Since 2010, only seven out of 3,000 mergers have been rejected by the Commission, while 156 have been authorised under certain conditions, according to the report.

On the other hand, the report highlights that, compared to the US and China, the mere existence of the EU’s very strict rules and “behavioural remedies” required of companies, discourages the formation of mergers, and this puts a strain on gross margins.

Above all, it encourages European groups to surrender their activities to non-European players, which tends to disrupt the European economic fabric.

Unlike Europe, the United States and China have considerable leeway when it comes to granting state aid without competition laws interfering. This facilitates the development of various sectors, as is the case regarding batteries and semiconductors in the US, for example.

Trade tensions are at the heart of the problem

The IGF report also suggests that applying rules that are too strict, while they are hardly respected by some companies, particularly Chinese ones, creates an asymmetrical situation. This is especially the case because there is no access to the Chinese market.

In the future, this state of affairs should be taken into account when reassessing the EU’s trade policy.

The report devotes an entire chapter to the digital sector and does not hesitate to denounce “the conglomerate effects of platforms”.

“For example, Google, which started developing a more general search engine, was then able to extend its activity to vertical search engines (Google Shopping),” said the report, calling for maintaining control over these quasi-systemic players, while promoting the emergence of European players.

The report suggests creating a committee at a European level that would involve DG Competition, Connect, Growth and Internal Affairs and supervise these systemic actors.

Such a committee would be able to identify cases that would normally slip under the radar, as was the case with Facebook’s takeover of Whatsapp, where the messaging company had low turnover in terms of its growth and valuation prospects.

The report also refers to the relaxation of state aid policies and calls for a more pragmatic approach to trade policy.

French Economy Minister Bruno Le Maire will be discussing these proposals during a conference on competition and the digital economy at the OECD in Paris on Monday (3 June). During the conference, he is likely to call for more dynamic competition analyses, longer-term analysis periods, as well as the need to take into account more favourable conditions for companies in third countries.

But the minister, for whom the failure of the Alstom Siemens merger has left a sour taste, also wishes to set up a mechanism whereby the European Council, which represents the EU governments, can appeal the decisions of the European Commission.

“The mere fact that this right of appeal exists already allows all the dimensions of a case to be taken into account by competition authorities. And it offers the opportunity, in exceptional cases, to go beyond competitive analysis and address strategic issues,” said Le Maire. 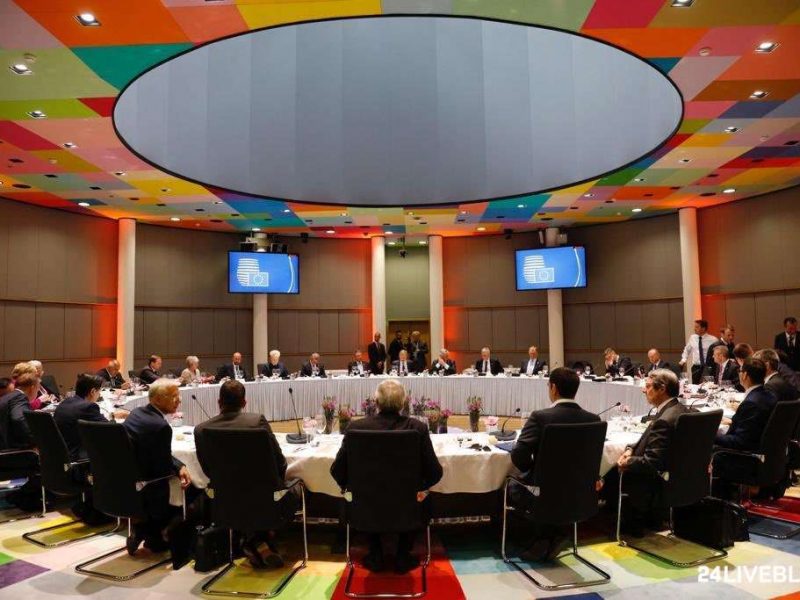 French President Emmanuel Macron wants to change the Spitzenkandidaten process to ensure a strong European executive. According to him, the programme comes first, and only then the candidate who could implement it. EURACTIV France reports.

A sting on Margrethe Vestager’s candidacy for the presidency?

In the case of Alstom Siemens, the European Commission argues that the concessions requested by its services were not accepted, which explained its refusal.

France and Germany had convinced the companies of their support to avoid these concessions, thinking that the Commission would nevertheless comply, but this approach underestimated Margrethe Vestager, who followed through and banned the merger.