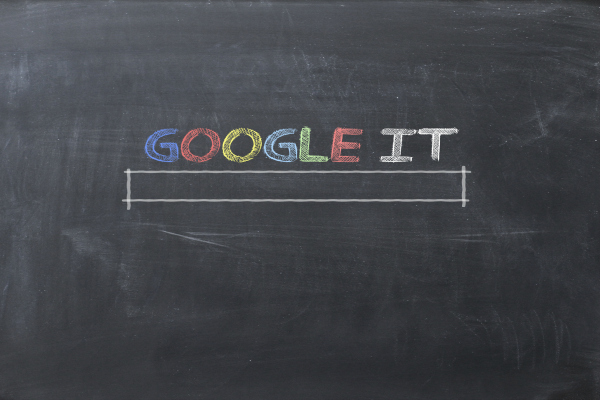 SPECIAL REPORT / EU Competition commissioner Joaquin Almunia has repeatedly tried to settle the Google search case, but serious concerns remain, and may open the way for a surprise ending in what is probably the most important legal battle for the future of e-commerce in Europe.

The US tech giant stands accused of abusing its dominant position in online search, to pose an unfair competition in the separate market of price comparison services, which provide consumers with several options for their online shopping.

After more than three years of investigation, in February, Almunia announced a provisional decision in the Google case, based on a new set of commitments made by the American company.

Google has guaranteed that “whenever it promotes its own specialised search services on its web page (e.g. for products, hotels, restaurants, etc.), the services of three rivals will also be displayed in a way that is clearly visible to users and comparable to the way in which Google displays its own services,” reads a Commission press release issued on 5 February.

Almunia said that the new commitments “address the Commission concerns”, and thus paved the way for a final settlement with the online search giant, after his rejection of two previous offers made by Google.

In March, speaking at his last hearing in the European Parliament before the May elections, Almunia did not even mention the Google case among the pending issues of his mandate (see EURACTIV story).

But despite all his attempts to reassure Brussels that the Google story is over, Almunia is finding a rocky road ahead.

MEPs in the hearing grilled him specifically on the Google case, in spite of his omission of this investigation in his initial speech.

Even within the Commission, critical voices are loud. In the internal debate following Almunia’s provisional decision on Google, many commissioners asked whether there was room for manoeuvre “to secure from Google a further improvement in the commitments proposed,” according to the minutes of the meeting.

Some of them, including Internal Market commissioner Michel Barnier, and Energy commissioner Günther Oettinger, voiced their concerns on the record. A total of nine commissioners are said to be sceptical about the provisional deal.

Commission officials within the antitrust department are also divided. If the settlement is brought to the European Court of Justice and is rejected by the EU judges, the officials dealing with the case risk a serious blow to their careers.

Among the several complainants against Google in the search case, some have already hinted at their intention to go to court if the provisional deal announced by Almunia remains unchanged.

“Something more could have been done,” said a competition official who obviously asked to remain anonymous. The way rival services are to be displayed in the new search results page designed by Google, are indeed likely to favour Google services, the official acknowledges.

A study made by Allegro, an e-commerce firm operating in Central and Eastern Europe and a member of FairSearch.org, shows that when links to price comparison services are showed one next to the other, those appearing on the left consistently receive more clicks.

The study concerned three different countries and was made before Google proposed its last remedy. Under the new commitments, the US giant engages indeed to put six different offers in a new box in the result pages of queries with a potential commercial value.

The first three links on the left side are from Google services, while the last three on the right side are reserved to rivals. Being put in a potentially weaker position, rivals claim that they will also be forced to pay more to get visibility in the box reserved to their offers. Links in the box will be selected through an auction system, which is ultimately designed to favour Google, goes the competitors’ argument.

As a consequence, the proposed remedies are going to generate new revenues for Google, instead of rebalancing the playing field, complainants say.

Google practices are also seen as an unfair hurdle to consumers. BEUC, the main consumer group in Europe, announced at the end of March to have formally applied to be a complainant against the search giant (See EURACTIV story).

Google prefers not to comment further on this case.

Against this background, Almunia is expected to announce his final decision between July and September, or by the end of his mandate, which finishes in October.

The next step is the sending of explanation letters to the complainants, likely by Easter. The reactions to these letters may be taken into consideration, the Spanish commissioner acknowledged.

If he sticks to his line, he will confirm that Google’s offers are sufficient to quell competition concerns. In this case, the commitments would become legally binding for five years. An independent trustee would be nominated to monitor Google’s compliance with its own promises.

During this period, the Commission would not be able to intervene again in this specific case unless there will be clear breaches of the commitments by Google, or different concerns will arise.

Alternatively, Almunia may change his mind and declare that Google’s offers are still hampering competition. In this case, the commissioner would have to reject the commitments and send a statement of objection to Google.

This is the least likely option, because it would represent an embarrassing U-turn, and also because it would transfer the burden of fighting the real legal battle against the US giant to the new competition commissioner. This outcome may be seen as an admission of failure for Almunia.

However, between these two roads, a middle route remains open to the antitrust commissioner, although it is unclear if he is trying to run it. His power of persuasion may be used to push Google to offer extra commitments.

The Commission cannot officially ask Google to make new concessions. But it may informally convince the US company to make a further offer, improving the terms for its competitors.