The European Commission announced on Monday (25 March) that the popular US sportswear group Nike has been fined €12.5 million for unlawfully preventing cross-border sales of football merchandise, which lead to higher prices and a reduced choice for consumers.

Nike holds the licenses for many football clubs and federations and had banned traders from selling licensed merchandise to other countries within the EEA [European Economic Area]. Affected clubs include FC Barcelona, Manchester United, Juventus, Inter Milan, AS Roma, but also the French Football Federation.

“Nike prevented many of its licensees from selling these branded products in a different country, leading to less choice and higher prices for consumers,” said Commissioner Margarethe Vestager.

After an investigation, Nike’s non-exclusive licensing and distribution agreements have been found to violate EU antitrust rules and its illegal practice has been in place for the last 13 years.

Licensed merchandising products are any consumer products that bear trademarks, copyright and logos and are protected by intellectual property rights. In this case, it’s the logos and brands of football clubs and federations for which Nike acts as a licensor. 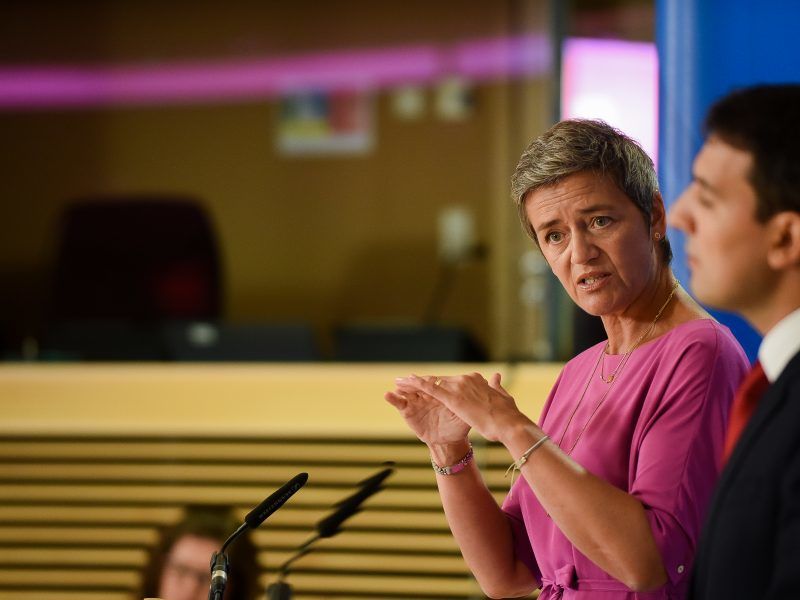 “Today’s decision makes sure that retailers and consumers can take full advantage of one of the main benefits of the Single Market: the ability to shop around Europe for a larger variety of products and for the best deals,” said Vestager.

Nike has cooperated with the investigation “beyond its legal obligation”, the Commission reported, and as a result, has had the fine reduced 40%. The fine will go into the EU’s general budget.

Nike is also the subject of another ongoing EU investigation. The Commission launched an in-depth probe in January to determine whether the Netherlands had breached EU rules by allowing Nike to cut its tax bill through complex financial schemes.