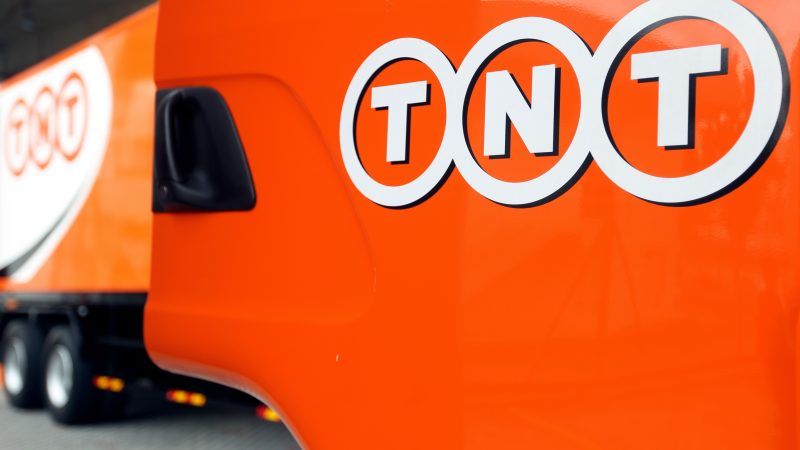 A TNT Express truck and trailer in a file photo. [Stephen Morrison/EPA]

US package delivery giant United Parcel Service is seeking €1.7 billion ($2.1 billion) in damages from the European Commission after it stopped the firm’s 2013 bid to take over TNT Express.

The move by UPS, which was officially lodged in December but made public Monday, was widely expected and follows a decision by an EU court last year that annulled the merger veto by the commission, the bloc’s anti-trust regulator.

But that court annulment, which has been appealed by the commission, came too late to save the UPS bid as TNT of the Netherlands was sold off to US-based archrival FedEx in 2016.

Merger vetoes are rare by Brussels and TNT Express immediately announced in 2013 that it would shed 4,000 jobs after the failure of the UPS takeover bid.

In the suit by UPS, which was published on the EU’s official journal on Monday, the firm claims that the EU’s decision was “tainted with serious breaches of rules of law”.

“These breaches in turn caused the loss (for UPS)… because had they not taken place, UPS would have acquired TNT,” the lawsuit said.

A UPS spokesman told AFP the firm was “following the legal process” in seeking compensation for the losses suffered.

The firm insisted that the demand “corresponds to what we believe, through objective assessments verified by expert third parties, to be the value of the opportunity wrongly prohibited by the European Commission.”

The commission meanwhile has appealed the EU court cancellation of its merger veto and the outcome of the UPS damages claim is dependent on that case.

“The commission will defend itself in court,” a spokesman for the commission said in a short statement in response to the UPS lawsuit.