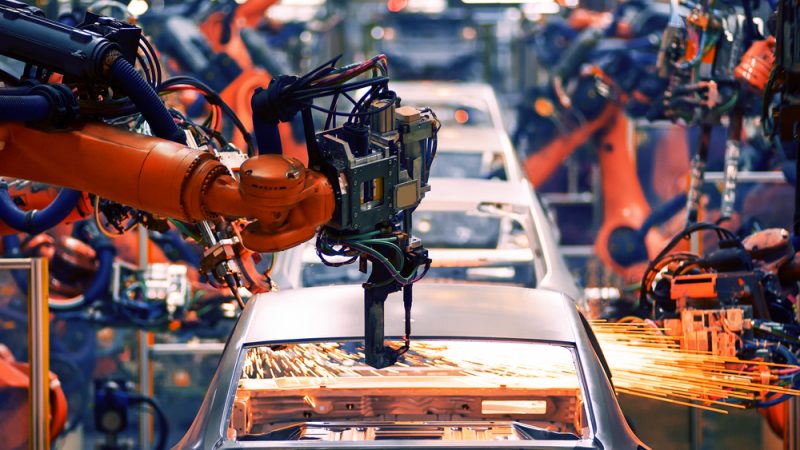 Europe's industrial competitiveness could hinge on what approach to chemicals management is adopted. [Photo: Shutterstock]

As EU leaders look towards economic recovery in the wake of the pandemic, they need to give businesses the environment needed to thrive, writes Stefano Mallia.

Stefano Mallia is the president of the Employers’ Group in the European Economic and Social Committee.

In her State of the Union speech, European Commission President Ursula von der Leyen has defended the achievements of her executive in delivering life-saving COVID19 vaccines for over 70% of the EU population and provide the resources from NextGenerationEU for a historic recovery plan.

There is no denying that Europe was at the forefront of developing the vaccine that so far seems to be the only game-changer in this current pandemic.

If we are witnessing some kind of return to normality, both socially and economically it is because of the impact the vaccine is having in fighting the virus. The fact that the vaccine was developed in Europe is no fluke but is the result of a strong pharmaceutical industry, backed by equally strong research and innovation infrastructure that exists within the continent.

Accompanying the development of the vaccine was the – at first slow – rollout of the vaccines to the member states and the quick agreement on the use of a digital certificate which continues to play an important role moving forward.

It is also important to note that President von der Leyen has pledged a further 200 million vaccines to countries outside the EU. These come in addition to the previous commitment of 250 million dosages.

This is indeed an undeniable success, but as von der Leyen herself said we can be proud of what we have achieved, but not complacent, reminding ourselves of the lessons from the financial crisis as a cautionary tale. “At that time, Europe declared victory too soon and we paid the price for that,” she said. And we should indeed not repeat the same mistake.

The EU economy is showing signs of economic recovery, with GDP figures released last week which were above expectations; in fact, the EU economy is by now reaching its pre-pandemic levels whilst growth in the euro area has outpaced both the US and China in the last quarter of last year.

And yet we are all but out of the woods.

Many businesses (especially SMEs) are still suffering and continue to struggle to regain confidence. In August 2021, the Economic Sentiment Indicator was down -1.5 points. That was largely motivated by managers’ assessments of the current level of overall order books and the scarcity of stocks of finished products.

Now that most of the countries have their Recovery and Resilience plans approved, it is time to act! There has already been a certain level of criticism levelled towards the Commission for not being strict enough in terms of ensuring that the national recovery plans were drawn up with the actual and active participation of the social partners.

It is now critical that the actors on the ground are fully engaged to translate them into meaningful projects in practice. Public authorities need to work with social partners and civil society in implementing the plans to ensure that the necessary reforms are implemented and companies and particularly SMEs benefit rapidly.

Central to the recovery is also restoring, safeguarding and further completing our internal market. President von der Leyen said that the single market has been the great enabler of progress and prosperity in Europe. We could not agree more !!

The single market however remains incomplete, and we need to address the many barriers which continue to persist and which were already present before the crisis.

This is why von der Leyen’s proposal to present a new ‘European Chips Act’ to address the shortage of semi-conductors is more than welcome. “We need to link together our world-class research, design and testing capacities. We need to coordinate EU and national investment along the value chain,” she said.

Indeed, as the pandemic comes under control, we have an opportunity to transform and relaunch the global agenda with renewed global governance and leadership. This willingness to coordinate action on critical raw materials and semi-conductors to promote diversified sources that will bring about more resilient global supply chains is a welcome step in the right direction.

It is imperative that supply-chain resilience and technology standards are set in such a way that democracies are aligned and support each other. It is in this spirit that we can develop new partnerships to build back a better and fairer world.

This is why it is of paramount importance that when new trade agreements are negotiated, increased attention is being paid to secure supplies of key raw materials and intermediate products for EU production as well as to facilitate trade for environmental goods and services and as well as new technologies (for ex. environmental technologies). That’s defending Europe.

As employers, we see this new Trade and Technology Council between the EU and the US as a positive sign for future transatlantic cooperation and look forward to see what this body can deliver for our companies and citizens on both side of the Atlantic.

Von der Leyen also touched on social fairness, saying that it was not “just a question of time. It is also a question of fair taxation.”

Indeed, as employers, we look forward to working towards a continued reduction in the taxation of workers to ensure a fair return for work done. Equally, we must work towards reducing taxes for enterprises, especially for SMEs. This must be done in a gradual and sustainable manner whilst cracking down on tax evasion.

While many companies are still striving to survive, businesses are facing the challenge of transforming themselves in order to deliver on the EU’s digital and green goals.

There is a wide consensus amongst employers that we must respond in the most effective way possible to the challenge of climate change. We all agree that not responding is not an option however there is still considerable preoccupation as to how we engage in the green (and digital) transition and the cost associated with it.

This preoccupation should not be seen as a reluctance to engage but rather it should be seen as a positive engagement in ensuring that what we engage upon is a sustainable transition that will allow us, Europe, to set the pace for the rest of the world when it comes to the de-carbonisation of the economy.

The green transition must be managed in a way that maintains competitive value chains, jobs and companies, which must be supported not only with financial instruments but also by enabling new sustainable business models.

This is why good regulations are a cost-efficient way of supporting recovery. Better regulation and competitiveness checks should be guaranteed when introducing any new policy measure.

If von der Leyen quoted Robert Schuman saying that ‘Europe needs a soul, an ideal and the political will to serve that ideal,” I would like to quote another founding father, Jean Monnet, who said that the unification of Europe was necessary for the peace and prosperity of Europeans and the whole world.

That view remains true and is even more important today in a very volatile geopolitical world.