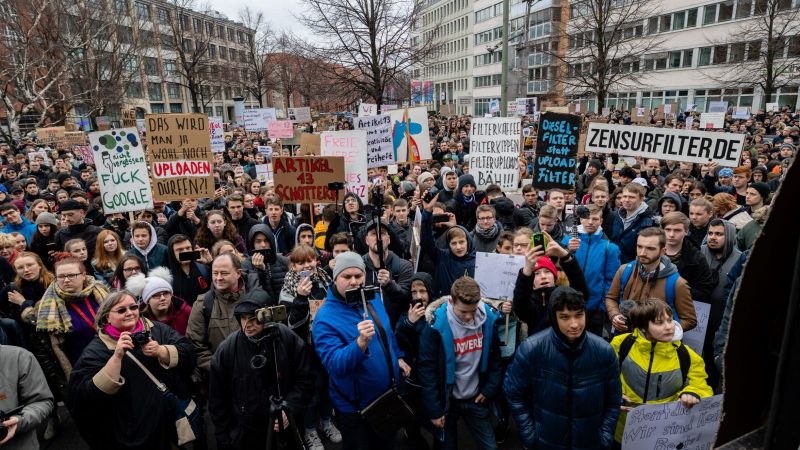 Protesters against the reform of the EU Copyright Directive, in Berlin, Germany, 02 March 2019. [EPA-EFE/JENS SCHLUETER]

Monday (7 June) marked the deadline for the transposition of the Copyright Directive, two years after its entry into force. However, only Germany, Hungary and the Netherlands have put the entire legislation into their legal framework so far, while France and Denmark have adopted parts of its norms.

In the other EU countries, policy discussions are still ongoing, with some governments waiting for the Commission’s long-awaited Guidance document, which was published on Friday (4 June). The Commission paper focuses on the application of Article 17, the most controversial provision of the directive, which regulates the way content can be shared online while respecting the copyrights of rightsholders.

“The new rules ensure that creators are fairly remunerated in the digital space, while protecting freedom of expression, a core value in our democracies. It shows our determination to ensure what is illegal offline, is also illegal online,” said Internal Market Commissioner Thierry Breton.

Several stakeholders complain that the Commission paper risks giving excessive power to rightsholder corporations. The Guidance provides for upload filters, a content recognition mechanism that automatically ‘earmarks’ content that might “cause significant economic harm to rightsholders.”

In 2019, tens of thousands of people in Austria, Germany, Poland, Portugal and Sweden took the streets to protest against automated upload filters, contending that such filters are prone to error, and would automatically take down legal content, thereby limiting free speech.

Diego Naranjo, Head of Policy at European Digital Rights (EDRi), a campaign group, defined the earmarking mechanism as “legalised copyright censorship”, fearing it would set a “dangerous precedent for future European legislation”. The Digital Services Act (DSA) is the next major legislation intended to regulate the moderation of online content.

A Commission spokesperson told EURACTIV that “the guidance indicates how to ensure a balance between the protection of copyright and users’ freedom of expression following the letter of Article 17.”

The spokesperson also pointed to the safeguards Article 17 provides for users, which includes “exceptions to copyright which are particularly important for the freedom of expression: quotation, criticism, review, caricature, parody and pastiche”.

The Commission argues that the earmarking mechanism is limited to time-sensitive content, the application is specific and the cases need to be well-grounded. The guidance also requires content-sharing platforms to put in place mechanisms that mitigate risks of misuses.

“Ex ante human review by the services is to be applied when proportionate and possible, and it should not lead to a disproportionate burden on the services.” the Commission spokesperson added.

Poland has challenged the directive at the European Court of Justice, arguing that it threatens freedom of expression. A preliminary opinion from the ECJ Attorney General is expected by mid-July.

Campaigners have also complained that the ‘earmarking’ provision was not discussed in the public consultation, but was the result of closed doors negotiations.

Caroline De Cock, Copyright for Creativity (C4C) coordinator, said “the Commission decided to make do with a bad legislative text, and clearly gave in to the hefty lobbying by rightsholders.”

A series of stakeholder consultations followed the adoption of the Copyright Directive in 2019.

The Commission spokesperson explained that the stakeholder dialogue was extensive and time-consuming, “to give all the interested stakeholders the possibility to express their views with enough time.”

Teresa Nobre, Vice-President of the Communia, an association that took part in the consultation, said that the dialogue was “transparent and inclusive”, and led to a “balanced first draft”. She added that the Commission had undermined stakeholders’ trust in the process.

It is not the first time the EU executive has been criticised over the alleged lack of transparency in drawing up the Copyright Directive. In February, EURACTIV reported that the Commission was in ‘secret talks’ with the two largest political groups of the European Parliament, which prompted criticism from other MEPs. 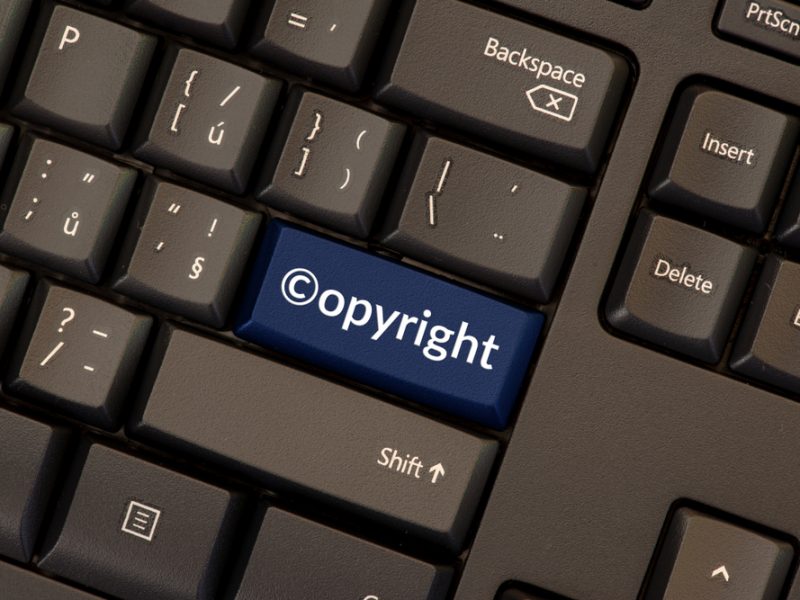 European Commission officials should not be “influenced behind closed doors” during private meetings with MEPs on the implementation of the copyright directive, says a letter penned by a cross-section of EU Parliamentarians.

To raise awareness on the slow pace of implementing the directive, Communia has launched the “Eurovision DSM contest”. The website tracks the transposition of the directive across the member states, scoring them based on their implementation efforts.

The delays have been explained as resulting from COVID-related disruption, as well as the need to strike a balance between the different interests at stake. “By not transposing the Directive into national laws, Member States are robbing European citizens of their rights”, Nobre added.

Although the Commission’s guidance was not a pre-condition for the transposition of Article 17, the additional safeguards for legitimate use and mandatory exceptions mean that four of the five countries that have implemented at least part of the directive will now need to revise their provisions accordingly. Germany is the sole exception. 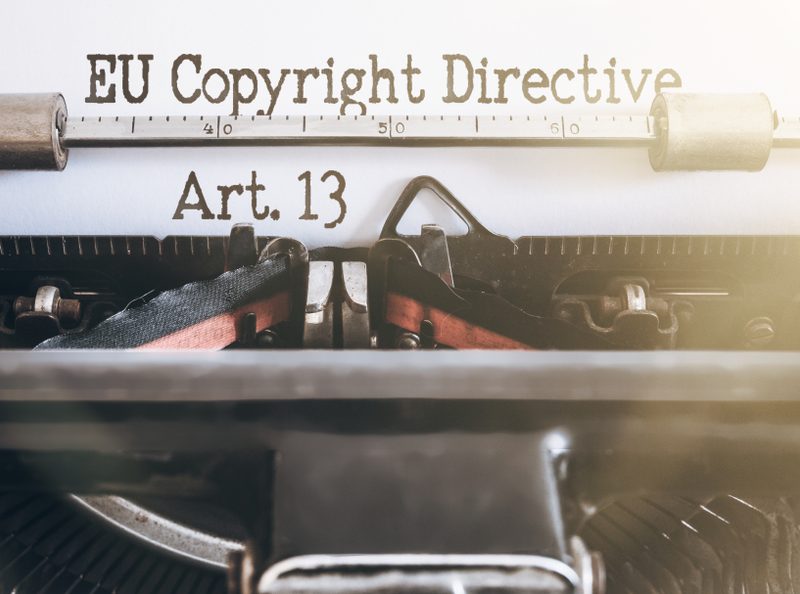 The Austrian government has cited “the balancing of interests” as the reason for missing the deadline to implement the EU’s copyright directive.