After backlash, Madrid rows back on COVID ‘immunity card’ 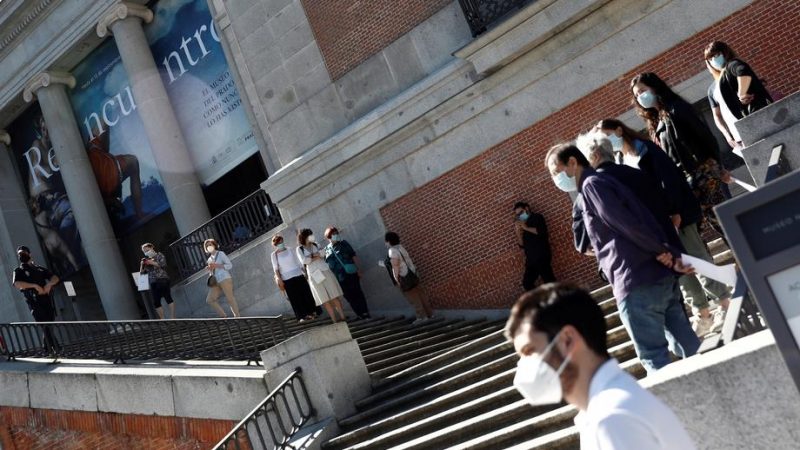 Authorities in the Spanish capital Madrid backtracked on Wednesday (29 July) over a highly-criticised plan to give an “immunity card” to people testing positive for coronavirus antibodies so they can enjoy higher-risk areas like gyms, bars and museums.

But after a weekly cabinet meeting of the Madrid authority, her deputy, Ignacio Aguado, told a news conference that the controversial cards would not in fact be issued.

“This would be a registry of organised, updated information, only to be consulted by the health services so that they can take epidemiological decisions,” he said of the modified plans.

Ayuso, who unveiled the programme on Tuesday as a way of letting non-infectious people lead more normal lives while keeping vulnerable people under stricter measures, was not immediately available for comment.

The World Health Organisation has discouraged the use of immunity passports because it says there is no proof antibodies provide complete protection. A large Spanish study showed 14% of participants with antibodies had lost them when tested again three months later.

Estonia began trialling digital immunity passports in May, while Germany, grappling with similar issues to Spain, referred a similar scheme to its national ethics council.

Ayuso’s plan brought disquiet on the streets of Madrid.

“It doesn’t seem right to me because it could lead to discrimination, or people wanting to get infected to obtain the card,” said auditor Raquel Pumares. “It could even mean the difference between whether or not you get a job or a furlough.”

Spain has seen a surge in new infections with 13,116 in the last seven days, prompting regions to reintroduce curbs, and Britain to impose a quarantine on returnees.

Madrid, which bore the brunt of the early April peak but has since managed to keep a lid on new infections, was the first Spanish region to consider a card system.

Still, Alberto Nunez Feijoo, the conservative head of northern Galicia region, was among a few people applauding the idea, telling RNE radio: “It doesn’t sound bad to me.”