Ahead of COVID summit, Council chief calls for coordination to avoid a ‘tragedy’ 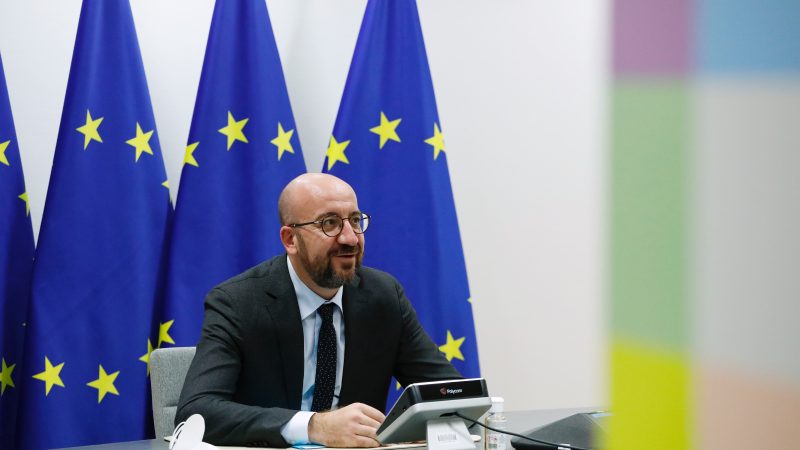 In his weekly newsletter, Michel said: “Within the space of just a few weeks, the situation has escalated from worrying to alarming”, adding “now we must avoid a tragedy”.

On Thursday, EU leaders will hold an online summit to discuss how to better cooperate as infections rise. The post appears to be a preview of issues leaders will discuss. 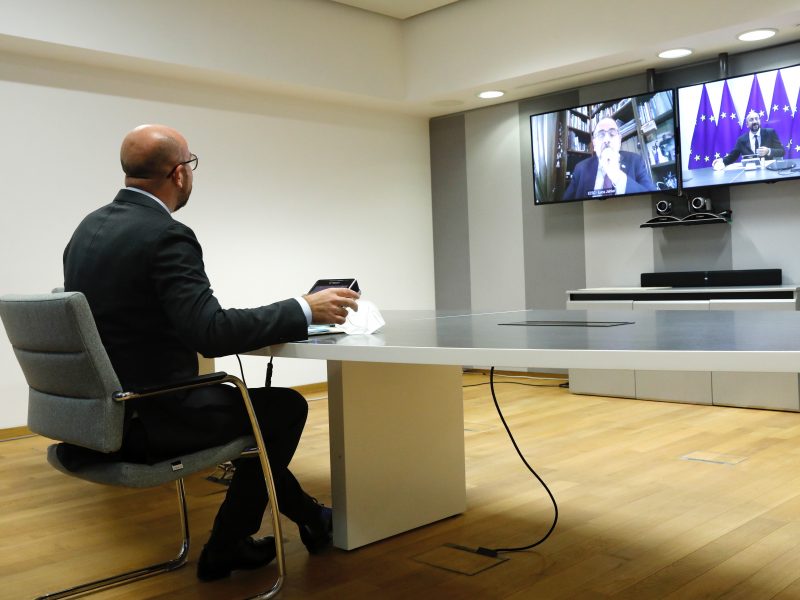 To identify cases of COVID-19, European doctors have largely been using the PCR nasal swab test, which gives a result in days, rather than the quicker but less reliable antigen method. Michel argued that the second wave of the epidemic means it is time to switch to the quicker option.

“On a very large scale – that is to say, when the rate of infection is high – the system is difficult to manage,” he said of the PCR test.

Michel added that the technique should be backed up with “antigen tests, which – although currently regarded as less reliable – are more efficient, yielding results within 15 minutes.” 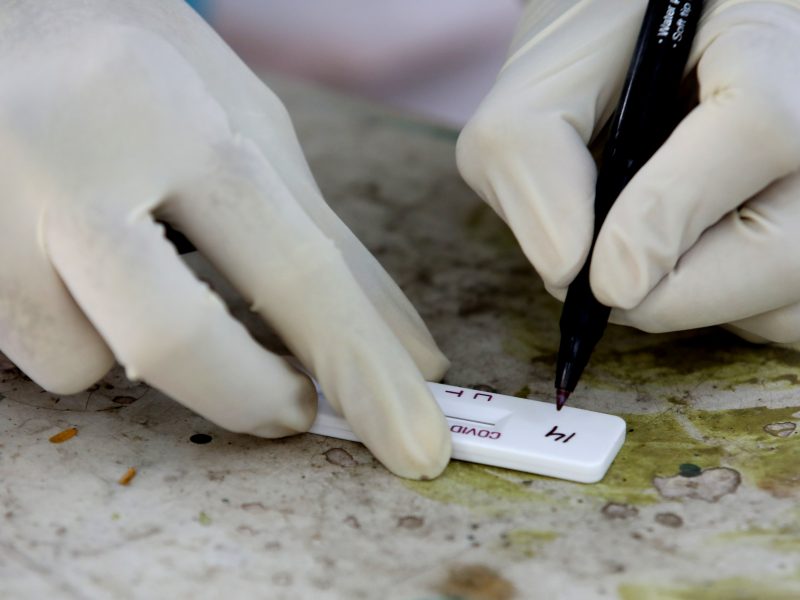 But he warned, “we must not make the same mistakes as before: we must coordinate the approval of those tests in order to ensure that they are recognised Europe-wide.”

Some countries require PCR tests from incoming passengers at airports, which could be replaced by antigen tests made on the spot.

Michel stressed the need of ensuring the interoperability of applications, recalling the positive example of Europe agreeing on a GSM mobile telephone standard.

Indeed, Belgium changed the quarantine from 14 days to seven, while other countries still keep the 14 days, or have introduced 10-day quarantines. There have been various reports about politicians abandoning quarantine after a second negative PCR test, which basically undermines the very concept of the quarantine.

“There is nothing inherently complicated about this; it is made difficult only by the numerous levels of governance, and is therefore a question of political will,” wrote Michel, a former PM of Belgium, a country which has nine health ministers.

Michel also touched upon the issue of vaccines, stressing that the EU must “avoid chaos at all costs” by defining criteria for distributing vaccines among the various countries of Europe.

“It is also important to identify priority groups to whom the vaccines should be administered. Those who are most vulnerable (older persons, persons with chronic illnesses, etc.), together with healthcare workers, would seem to be obvious priorities,” Michel insisted.

He also highlighted the need for refrigeration infrastructure, which does not currently exist. 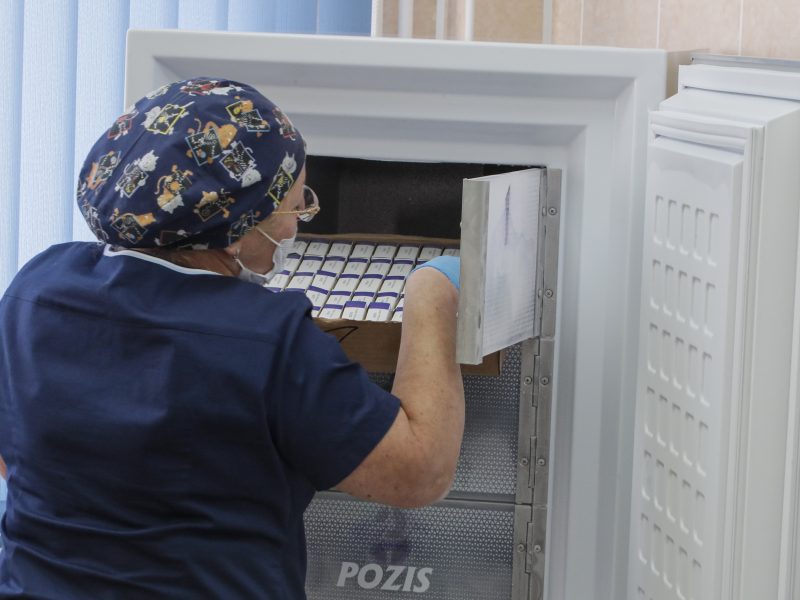 Medical authorities and governments around the world should not only embrace one or more of the approved COVID-19 vaccines but must also be ready for the logistics of delivery, which includes a gigantic cold chain, possibly for temperatures as low …

The variety of vaccines expected to be introduced over the course of the next few months will present logistical problems for which the EU must be prepared, the Council boss added.

“Some vaccines will be single-dose, while others will require two doses. It will be possible to store some in ordinary refrigerators, while others will have to be kept at a temperature of several dozen degrees below zero. On a large scale, all this will give rise to problems of organisation and distribution which must be planned for and managed today,” Michel said.

Recognising that health remains an issue for the member states, Michel said that at the end of the day, what is needed is “a Union of tests and vaccines”.

“We need this not only in order to manage the health crisis, but also because any management of this epidemic on a patchwork basis, whereby some would emerge better off than others, would serve only to exacerbate the economic imbalances which would in turn be universally detrimental and necessitate other rescue plans,” he wrote.

The problem is that the EU does not have an overall picture of the member states’ needs to deal with the second wave of the pandemic.

In an interview with Greek journal To Vima, Josep Jansa of the European Centre for Disease Prevention and Control (ECDC) said all member states have contingency plans, which they had to implement between June and September, when the situation was more peaceful.

“Now whether a serious increase in cases in an area will be manageable, it is not entirely clear everywhere,” he emphasised, adding that some countries have not informed Brussels about their contingency plans.

European Commission sources told EURACTIV that a more centralised approach is needed in order to achieve rapid and effective results.

“We understand the issue of national competence, but it is a cross-border public health matter and EU citizens expect a quick and effective response to issues like this that can be supported by Europe,” the sources said.

The same sources said that the current system of joint procurements for the supply of critical medical supplies, such as masks and respirators, has been slow.

The Commission cannot launch such a procurement on its own. A host country must first sign a contract with the Commission and then procure and store the material.

But some states are still reluctant to speed up the process and critical time is being lost.

“We want the rules to be adapted so that the Commission can conduct procurements itself and have stocks ready for use when the need arises in the member states,” the sources said.

The sources added that it would also be extremely useful to make it mandatory for member states to share information with Brussels about their needs in the midst of a pandemic.

“In this way, Brussels will be able to get an overall picture by identifying weaknesses and predicting where a broad European response to a crisis would be needed,” the sources concluded.