"We are certainly noticing that the most diverse groups within our society are trying to take advantage of the current situation," said an interior ministry spokesperson last Monday (11 May). EPA-EFE/FILIP SINGER [EPA-EFE/FILIP SINGER]

Last weekend, demonstrations against the lockdown measures decided by the federal government were held in numerous German cities.

The protesters are typically a mixed bunch: anti-vaxxers, conspiracy theorists, left-wing extremists, neo-Nazis and hooligans, and others with no particular political affiliation.

But what’s worrying officials in Berlin is that protesters have long ceased to merely appeal on the government to respect fundamental rights.

“What unites people is the hatred of the political elite and public broadcasting,” said Matthias Quent, right-wing extremism researcher and director of the Institute for Democracy and Civil Society (IDZ) in Jena.

Quent describes the demonstrations as “classically populist, anti-intellectual and anti-institutional”.

“We are certainly noticing that the most diverse groups within our society are trying to take advantage of the current situation,” said an interior ministry spokesperson on Monday (11 May). 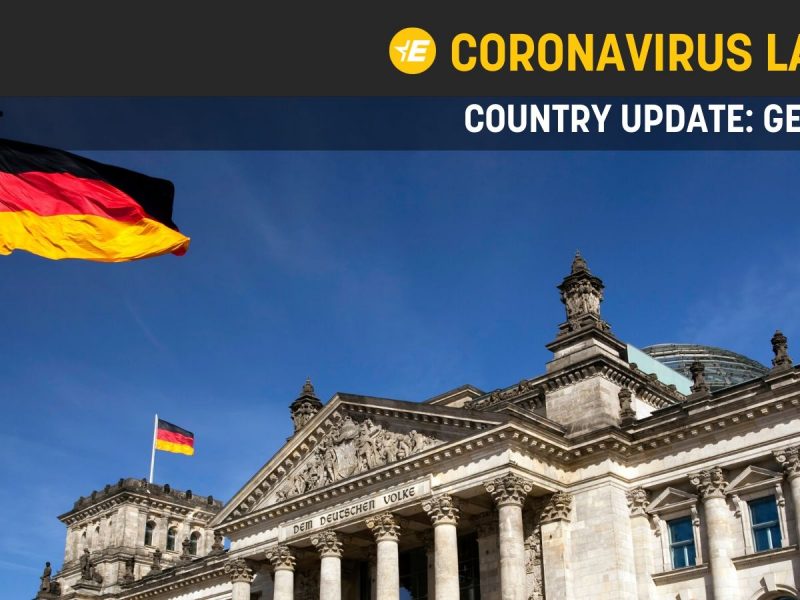 Anti-Semitism on the rise

The idea that the coronavirus was invented by the pharmaceutical industry and that the erection of 5G masts is linked to the outbreak of the virus are among the more popular conspiracy theories. Besides, many theories also have anti-Semitic elements.

“We can see that current conspiracy theories can be linked to existing ones,” said Naika Foroutan, head of the German Centre for Integration and Migration Research (DeZIM).

Anti-Semitic attributions to the COVID-19 health crisis are particularly evident, researchers say. “Anti-Semitism is always present when there is the idea that there is something like a central control or power that has an interest in harming people,” said Matthias Quent.

“In the corona-crisis, we are already seeing a further normalisation of anti-Semitism and racism, which threaten social cohesion and the participation of those attacked,” warned Gideon Bosch, right-wing extremism expert at the Moses Mendelssohn Centre for European Jewish Studies in Potsdam (MMZ).

The “rapid dynamics of heating up” give rise to fears of new “right-wing terrorist radicalisation surges”, Bosch said.

Experts fear in particular that extremist far-right groups are using these protests for their own purposes.

The Dortmund police already warned last weekend against “staged escalations” by right-wing extremists. And it wasn’t only in Dortmund that members from the scene had been spotted in these so-called ‘anti-coronavirus protests’. In various cities, AfD politicians and supporters of the Identitarian Movement have called for the number of protests to increase. Individual rallies were also registered and organised by AfD politicians.

“The pandemic is being used as an opportunity to criticise the federal government in a rash manner, to spread partly anti-Semitic conspiracy theories and to stigmatise migrants as carriers of the virus,” a spokeswoman of Mecklenburg-Western Pomerania’s interior ministry in Schwerin declared last week.

Similar sentiments were expressed by the president of the Federal Criminal Police Office, Holger Münch at a federal press conference last Monday. The right-wing spectrum has been “hijacking the protests from the bourgeois camp” to spread their own world views, he said.

And according to the Federal Office for the Protection of the Constitution, the situation currently “being looked at”

Among the demonstrators are also people without an obviously extremist background.

“If you now channel these concerns as right-wing fantasies, there is also a danger, because a large part of the population – without being openly right-wing – feels concerned by this and could end up being driven into the arms of the right,” according to Naika Foroutan.

At the same time, Matthias Quent stresses that people with justified fears must nevertheless keep their distance from conspiracy ideologies, anti-Semitism and right-wing radicalism. The risk, he said, is that far-right populist movements could gain supporters with the economic fallout from the coronavirus crisis.

Last Monday (11 May), Robert Habeck, the federal chairman of the German Greens (Bündnis 90/Die Grünen), called on the federal government to better explain the measures taken. Experts also called for a transparent explanation of the decisions and spoke of communication errors by the opposition.

“The impression has been created that everything is being let through and that no checks are being made on government decisions,” Foroutan said, noting that this had increased existing mistrust in politics.

Referring to the comparatively low number of participants, Matthias Quent warned, however, against overestimating the importance of the protests.

According to current surveys, around 81% of the German population is satisfied with the government’s management of the pandemic. 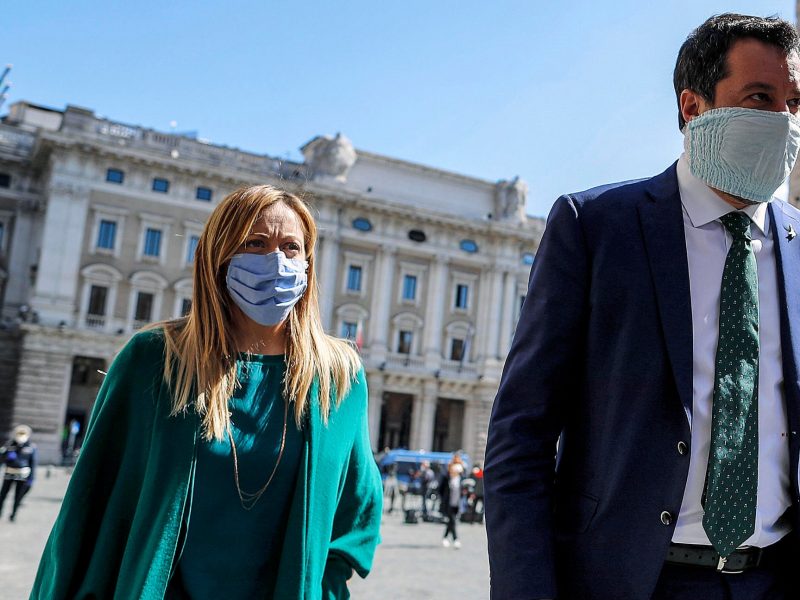 Italy is staring down the barrel of the worst recession since World War II, which could bolster the far-right and damage the country’s love affair with the European Union, analysts say.