The warning from Brussels came as Germany became the latest EU country to partially close its borders, halting crossings from France, Austria and Switzerland as of Monday in a bid to slow the spread of COVID-19.

As panicky shoppers stripped supermarket shelves bare of some products in several member states, she warned that the EU’s internal market must keep flowing.

“Thousands of bus and truck drivers are stranded at internal borders on parking lots, creating more health risks and disrupting our supply chains,” she said.

“If we do not take action now, shops will start facing difficulties in refilling their stocks of certain products coming from elsewhere in the single market.”

European response to the #coronavirus: Protecting people‘s health and ensuring that goods flow in the internal market pic.twitter.com/9JNBzHjqvc

Von der Leyen spoke as Germany, the EU’s economic powerhouse, joined a raft of other nations in restricting border crossings.

While the German measures currently only apply to three countries, other neighbouring countries such as Poland, the Czech Republic and Denmark have also closed their borders or introduced severe restrictions.

And Estonia and Lithuania said Saturday they will shut their borders to most foreign visitors.

“In this moment of crisis it is of utmost importance to keep our internal market going,” von der Leyen said. 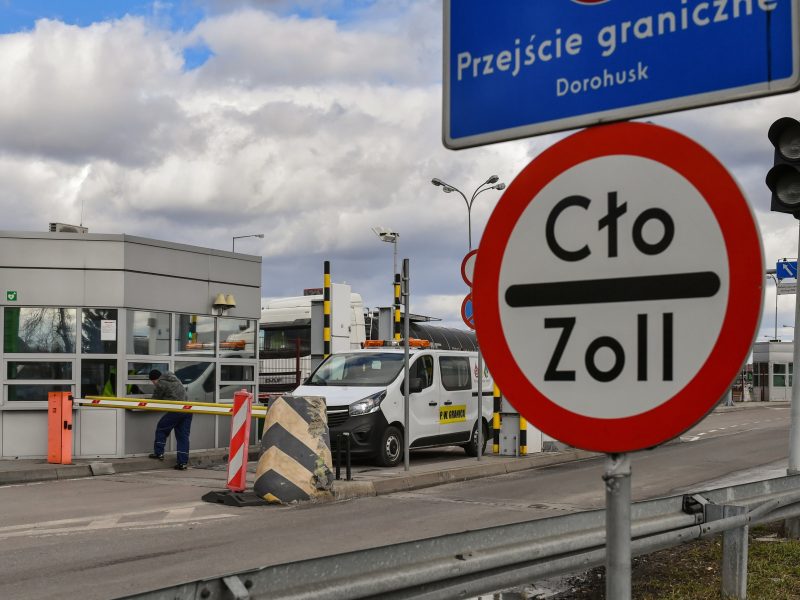 The EU has been ramping up its efforts to coordinate the fight against the virus across all its 27 members. Von der Leyen on Friday vowed to do “whatever is necessary” to help Italy, which has seen nearly 12,000 infections and more than 1,400 deaths.

On the frontline are hospitals and health workers, who are already under strain in parts of Europe and facing shortages of medical equipment, particularly in Italy, which has become the epicentre of the pandemic.

To protect its own supplies for the fight against the coronavirus, the European Commission on Sunday imposed restrictions on exports of masks and other protective medical equipment as it seeks

“We adopted today an export authorisation scheme for protective equipment. This means that such medical goods can only be exported to non-EU countries with the explicit authorisation of the EU governments,” von der Leyen said.

“This is the right thing to do because we need that equipment for our healthcare systems.”

The restrictions apply to a range of equipment including masks, as well as protective glasses and visors, face shields, mouth-nose protection and protective garments.

The ruling will apply to Britain, which is still in its post-Brexit “transition” as it leaves the EU, and will therefore continue to receive EU exports of gear and be expected not to export beyond the bloc.

Von der Leyen stressed the need for EU countries to share equipment among themselves, hitting out at national export bans – imposed notably by France and Germany – as counterproductive.

Earlier in the day, internal market commissioner Thierry Breton said that following “intense discussions” with Berlin and Paris, they had agreed to allow exports, in particular to Italy, Europe’s worst affected country.

Production of protective equipment in the bloc is concentrated in a few countries – the Czech republic, France, Germany and Poland.

Von der Leyen said the commission was working with industry to boost production and would launch a joint procurement programme with national governments on Monday for coronavirus testing kits and ventilators for treating seriously ill patients.