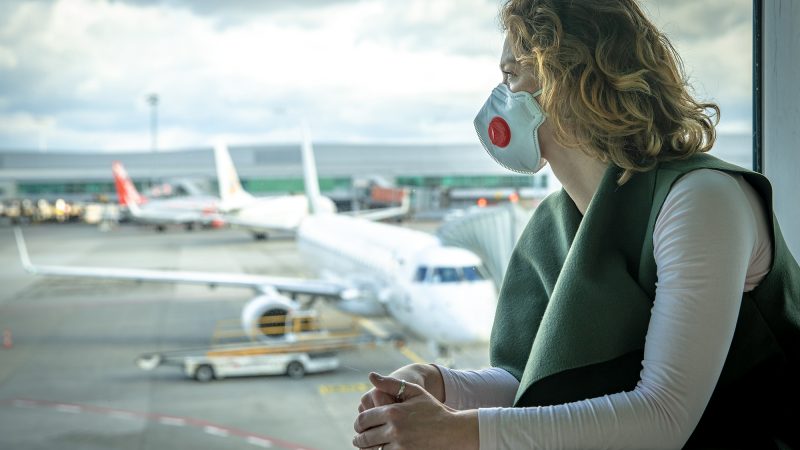 Several European countries are experiencing a surge in coronavirus cases as holidaymakers set out to enjoy the last month of summer but experts are more concerned about a potential increase in COVID-19 infections in autumn, when it may coincide with the regular flu season.

“As countries opened up, we did expect to see more transmission,” said European Centre for Disease Prevention and Control (ECDC) expert Anastasia Pharris, who coordinated the agency’s technical papers and guidance on travellers’ health.

The ECDC, based in Sweden, advises the 27 EU member states on infectious disease control, plus Iceland, Norway, Liechtenstein, and the United Kingdom.

The European health advisory body teamed up with the EU’s maritime and aviation safety as well as railway agencies to manage COVID-19 spread on planes, cruise ships and trains.

Belgium has experienced a particularly high rise in infection rates, prompting the authorities to tighten measures, most recently reducing the “social bubbles” from 15 contacts per person to 5 per household starting from next Wednesday (5 August).

The increase has already been noticed internationally and local media in Norway reported that the authorities may be placing Belgium on the “red” country list soon.

Meanwhile, amid an infection spike in northern Spain, the UK reintroduced a two-week quarantine measure for returning travellers earlier this week, with Germany following suit on Tuesday (28 July) by warning its citizens against travel to highly impacted areas.

With the tourism sector representing 15% of Spain’s GDP, the prospect of losing out on the has prompted concern from the country’s authorities.

However, with better planning, testing, tracing and understanding hospital capacity than at the start of the pandemic, Pharris said that local authorities are more prepared to consider the necessary measures.

“A lot of people are focusing on travel, but really, the risk is not the travel,” Pharris told EURACTIV.

“The risk is the contact between people, which can occur before, during, or after the travel.”

The expert said that social distancing and personal hygiene remained the core elements of safe vacationing.

The testing capacity of member states, which has increased dramatically since the start of the pandemic, will be put to the test as holidaymakers will often have to undergo testing after coming back from their vacations.

However, experts at the ECDC are more concerned about the coming flu season, which will coincide with a potential increase in infections in autumn as people start to spend less time outdoors.

“So it will be important for people to be able to test and understand the symptoms, are they COVID symptoms, or is it something else?”

Pharris remained optimistic about the European cooperation, highlighting that despite challenges, data sharing and setting common standards has been “phenomenal.”

There has been “a lot of coordination, in what I think it’s safe to say is probably the most difficult political situation with regard to public health that most of the decision makers are facing in their careers.”

“In some other disease areas, it’s taken us years, if not decades to standardise or harmonise the way we’re measuring things or the indicators that we’re using and this has happened in sometimes days to weeks for coronavirus.”