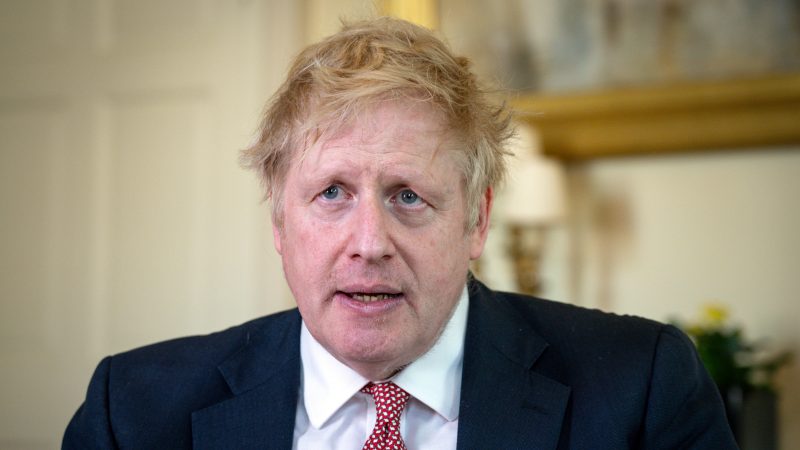 A handout photo made available by 10 Downing Street shows Britain's Prime Minister Boris Johnson thanks the NHS in a video message on Easter Sunday in 10 Downing Street in London, Britain, 12 April 2020. [EPA/EFE]

British Prime Minister Boris Johnson left hospital on Sunday (12 April) and thanked staff for saving his life from COVID-19, but his government was forced to defend its response to the coronavirus outbreak as the national death toll passed 10,000.

The sombre milestone came after Britain reported two days in a row of hospital deaths increasing by more than 900. Friday’s death toll of 980 surpassed the highest daily total recorded in Italy, the hardest-hit country in Europe so far.

Reflecting the gravity of the emergency, Queen Elizabeth issued the first Easter message in her 68-year reign. “Coronavirus will not overcome us,” the 93-year-old monarch said in her second address to the nation in a week. 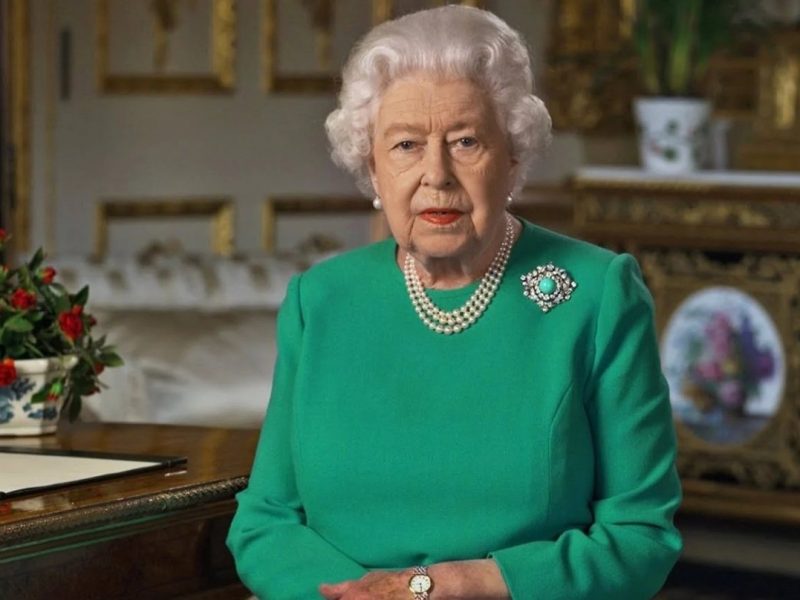 Johnson, 55, was taken to St Thomas’ Hospital in London on April 5. He was moved into intensive care the following day and remained there until April 9.

“I have today left hospital after a week in which the NHS has saved my life, no question,” Johnson said in a five-minute video message posted on Twitter from 10 Downing Street, referring to the state-run National Health Service.

He named and thanked nurses who had cared for him, with a special mention for two of them, Jenny from New Zealand and Luis from Portugal, who he said had stood by his bedside for 48 hours “when things could have gone either way”.

“The reason in the end my body did start to get enough oxygen was because for every second of the night they were watching and they were thinking and they were caring and making the interventions I needed,” he said.

Johnson wore a suit and tie and spoke in his usual upbeat manner. In characteristic fashion, he made a joke, thanking the doctors who had cared for him, “several of them for some reason called Nick”.

He will continue his recovery at Chequers, the official prime ministerial country residence northwest of London, his office said. Health minister Matt Hancock said there was no advice on when he would return to work and it would be a clinical decision.

A Reuters photographer saw Johnson and his pregnant fiancée Carrie Symonds, 32, who has also suffered from COVID-19 symptoms, being driven out of Downing Street with their dog.

“There were times last week that were very dark indeed. My heart goes out to all those in similar situations, worried sick about their loved ones,” Symonds said on Twitter. “Today I’m feeling incredibly lucky.”

While Johnson has been out of action, his ministers have come under pressure to explain why the number of people dying of COVID-19 is rising so fast.

The death toll in hospitals across the United Kingdom stood at 10,612 as of 1600 GMT on Saturday, an increase of 737 over a 24-hour period, official figures showed on Sunday.

That was lower than the daily increases of 980 and 917 reported on Friday and Saturday. On previous weekends, the numbers have dipped, which can reflect delays in registering deaths.

“The UK is likely to be certainly one of the worst-affected if not the worst-affected country in Europe,” Jeremy Farrar, director of health foundation the Wellcome Trust and a member of a scientific panel advising the government, told the BBC.

Asked to comment on Farrar’s prediction during the daily government news conference, Hancock did not dispute it.

“The future of this virus is unknowable as yet because it depends on the behaviour of millions of people,” he said.

In his video message, Johnson thanked the public for following social distancing restrictions in place since 23 March and assured them their efforts were paying off.

“I want you to know that this Easter Sunday I do believe that your efforts are worth it, and are daily proving their worth,” he said.

However, ministers faced a barrage of questions on whether the government had been too slow to impose a national lockdown.

“Different countries have different cycles in terms of where they are in terms of the spread of this pandemic,” Business Minister Alok Sharma told Sky News earlier in answer to that question.

At Sunday’s briefing, Hancock came under pressure to explain persistent problems such as a lack of personal protective equipment for hospital and care home staff, and low levels of coronavirus testing compared with some European countries.

He said the NHS had not been overwhelmed, unlike the health services of some other countries, and that it currently had close to 3,000 spare critical care beds.

The medical director of Public Health England, Yvonne Doyle, said there were signs that the number of hospital admissions in London could be stabilising, but the position was still getting worse in parts of northern England.