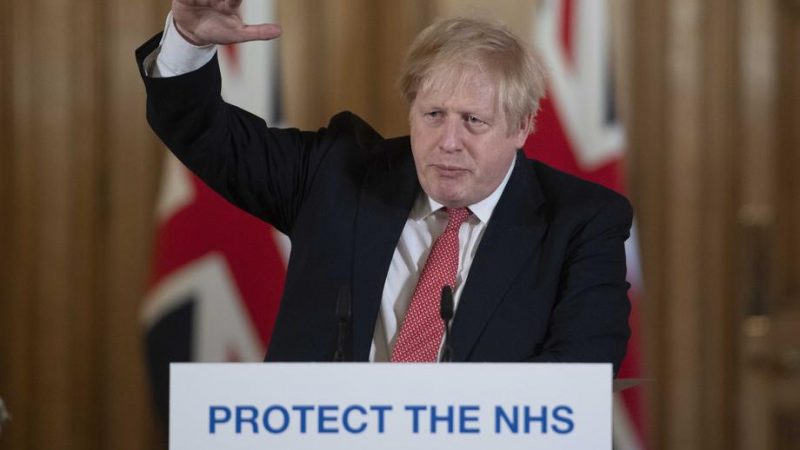 Johnson posted a video on Friday (27 March) in which he said that he had developed mild symptoms over the past 24 hours – a temperature and a persistent cough – and would be self-isolating.

He added that he was continuing to work in 10 Downing Street and would “continue to lead the government’s response via video-conference as we fight this virus”.

Johnson’s Health Secretary, Matt Hancock, confirmed an hour later that he had also contracted the virus, also with mild symptoms.

Earlier in the week, the government confirmed that if Johnson became unwell and unable to work, Foreign Secretary Dominic Raab, as the first secretary of state, would deputise for him. However, Johnson was present at the video conference held by G20 leaders on Thursday on combating the coronavirus crisis.

On Thursday, Professor Yvonne Doyle, medical director for Public Health England, told UK lawmakers that plans were in place to supply “a million tests that people can do themselves” within the next few weeks. These testing kits would allow people to take a blood sample at home and return it by post for analysis.

Analysis by the London School for Hygiene and Tropical Medicine has estimated that only 5–7% of people who have been ill with COVID-19 have been recorded as confirmed cases in the UK.

The UK has been in lockdown for almost two weeks as ministers and health officials brace the country for a peak in the coronavirus outbreak, and seek to avoid the National health Service being overburdened with cases.

Parliament closed early for its Easter recess on Wednesday following concerns that Westminster had become a hotspot for the virus, although committee hearings are continuing to be held via video link.