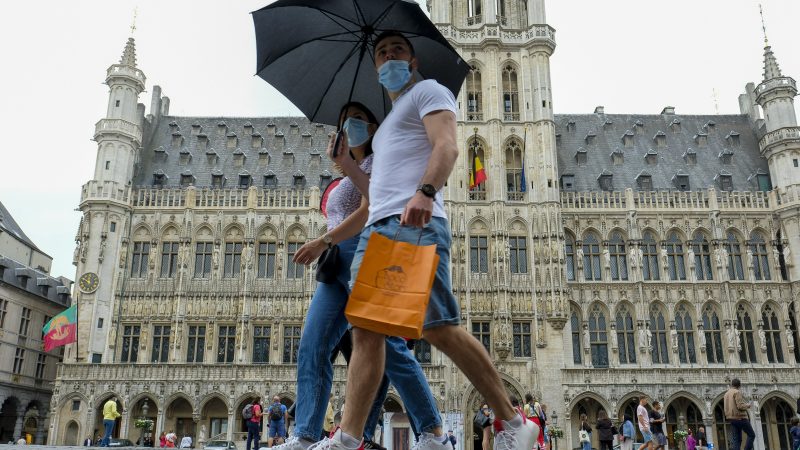 Brussels will require people to wear masks in public spaces and in private spaces accessible to the public if the uptick in coronavirus cases continues, the regional government said on Thursday (6 August).

The order will kick in when the daily average of cases per 100,000 inhabitants reaches 50 over seven days, Rudi Vervoort, the minister-president of the Brussels region, said. The daily average in the region was 38.4 last week.

The British government said on Thursday it would impose a quarantine on arrivals from Belgium, following Estonia, Ireland, Latvia and Norway.

Germany and the Netherlands have also advised their citizens against travelling to the province of Antwerp in the north of Belgium, where the first curfew since World War II was imposed on July 29 to slow rapidly increasing infections.

The European Centre for Disease Prevention and Control has designated all of Belgium as a code orange for the new coronavirus, meaning the number of cases per 100,000 inhabitants is 20 or above for two weeks.

Belgium, where the European Union and NATO have their headquarters, imposed a lockdown on March 18 due to COVID-19, which has claimed 9,859 lives in the country, one of the world’s highest fatality figures per capita.