By Clea House | EURACTIV.com with EFE

A family walks in Barcelona on Sunday (26 April), the 43rd day of the state of emergency, when more than six million children up to the age of 14 were able go out for the first time since the confinement started. [EFE/Alberto Estévez]

Spain’s streets awoke to the sound of children walking and playing outside again after strict measures in place since 14 March banned them from leaving the house, save in exceptional circumstances.

Spain continues to record a downward trend with more recovered patients (3,024) in the last 24 hours than new infections (1,729) for a third consecutive day.

The number of deaths dropped to 288, 90 less than Saturday, according to official data from the Ministry of Health. Authorities are looking to further relax confinement measures to allow adults out for an hour of exercise or a walk as of 2 May.

“If we maintain the trend of these days, it is favourable, and I understand that there will be no problem next week in applying relief measures,” Fernando Simón, head of the Health Emergency Coordination Center, told reporters Sunday.

The first measure to relax the lockdown targets children aged 14 and under who can go out as of Sunday for one walk a day of up to one hour and not more than a kilometre away from home.

Parks remain closed and only one parent per three children is allowed out. Prime Minister Pedro Sanchez said on Saturday that further measures to relax the lockdown would be put to a cabinet meeting on Tuesday.

Sanchez said the plan would be designed “with the utmost prudence” and “based on the criteria of the experts.”

According to Simón, the de-escalation of the lockdown will be regional and applied to geographic areas that present positive data when it comes to the evolution of the outbreak.

“Yesterday the prime minister announced some relief measures for the next few days. There will be other measures that will only be applied in some areas due to their specific situation,” the expert said on Sunday.

The Madrid region continues to be the most affected by the coronavirus with 59,126 cases, followed by Catalonia with 46,811 and in the last 24 hours, new cases in both regions account for almost half of the total of all Spain.

The daily increase of cases was 0.8% in the last 24 hours, while the increase in deaths was 1.3 %, data that had not been seen for weeks. “The data indicates a clear and favourable evolution of the pandemic,” Simón said. “The magnitude of the decline is considerable.” 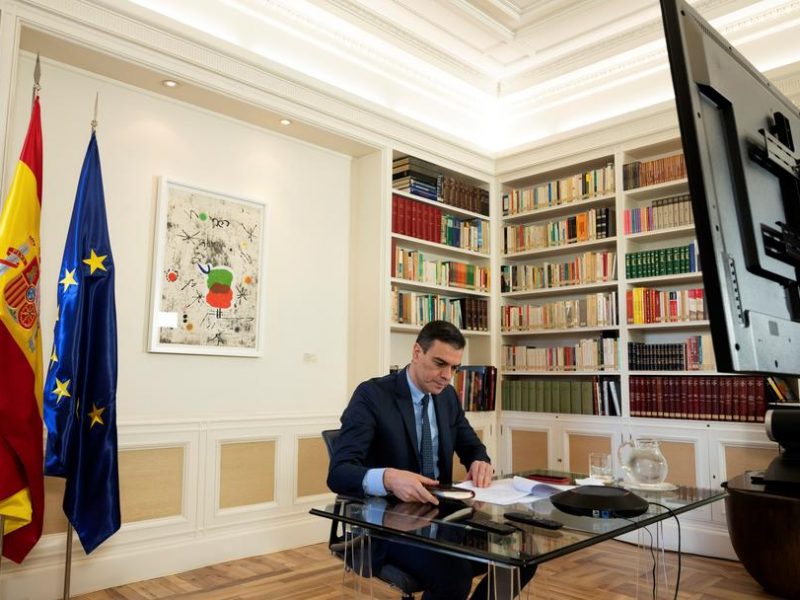