China rejects US ‘stigma’ over coronavirus, winks at EU 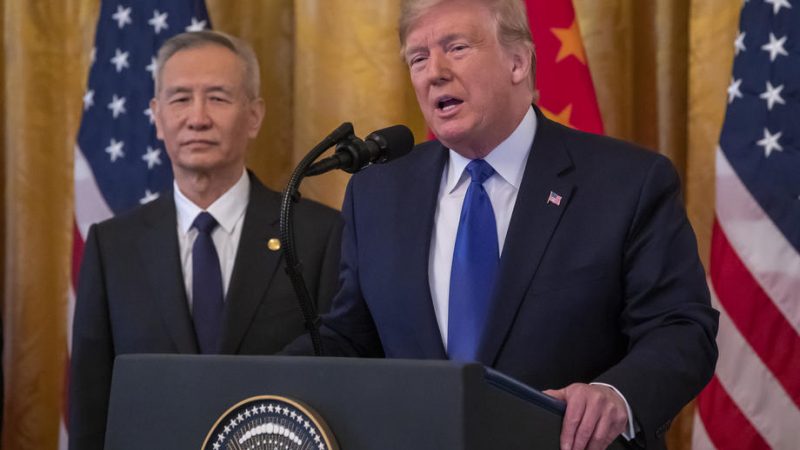 Beijing strongly condemned US President Donald Trump’s latest habit to call the coronavirus a “Chinese virus” and urged everyone to follow the science instead. At the same time, China has stepped up efforts to send equipment and experts to Europe, now the epicentre of the pandemic, in what AFP described as ‘mask diplomacy’.

Despite growing criticism, Trump repeated on 18 March that the coronavirus is a “Chinese virus” saying it was not racist at all. “It comes from China, that’s why,” the US president said.

“Stigma directed at a certain country should be rejected,” a spokesperson of the Chinese Mission to the EU told EURACTIV.com.

“The WHO named the virus as COVID-19 in order not to link the virus with a certain country or territory. Opinions of specialists should be fully respected,” the Chinese diplomat added.

The relations between the two countries have escalated recently, after Chinese foreign affairs spokesperson Lijian Zhao claimed that the US army might have brought the epidemic to China’s Wuhan region.

“When did patient zero begin in US? How many people are infected? What are the names of the hospitals? It might be US army who brought the epidemic to Wuhan. Be transparent! Make public your data! The US owes us an explanation!” he said.

Asked to elaborate further on this, the Chinese diplomat only said that with regard to the origin of the virus, that it is a matter of science.

“It requires professional and evidence-based assessment. Since the outbreak, China has been maintaining close communication and cooperation with WHO and the international community in an open, transparent and responsible manner,” the diplomat said, adding that China will continue to do so.

“China has not forgotten that in January … the EU helped,” von der Leyen said in a video posted on Twitter. “Today, we are the centre of the coronavirus outbreak pandemic, and we need protective equipment ourselves.”

Beijing decided to send to the bloc a total of 50,000 nucleic acid test kits, 200,000 facemasks (N95) and two million surgical facemasks. According to the spokesperson, the two sides are in close contacts to ensure speedy delivery to where it is most needed, the spokesperson said. 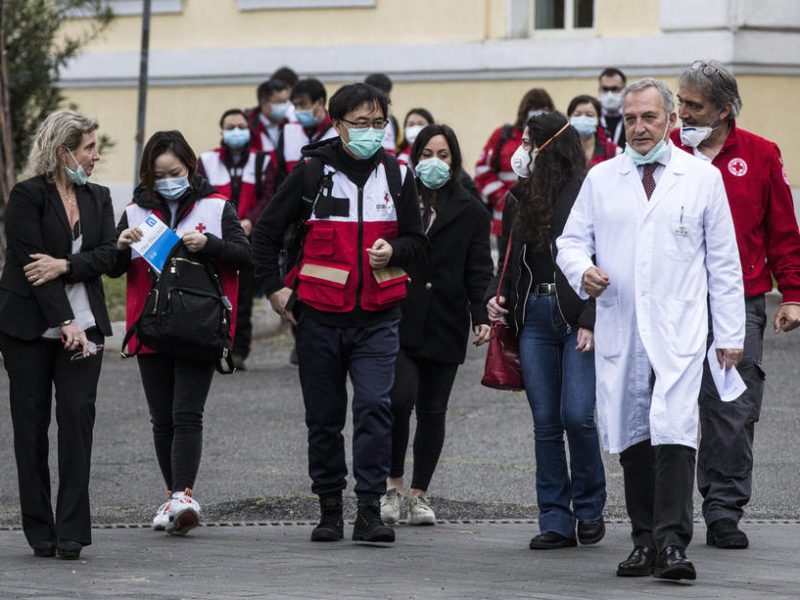 EU allocates Chinese aid to Italy to fight against the pandemic

A Chinese aid package sent to the EU, including masks and test kits, will be fully allocated to Italy, as Rome faces the most urgent needs among member states in the coronavirus crisis, EU officials told EURACTIV.

“With millions of face masks, low-interest loans and teams of medical experts, China is trying to paint itself as a Good Samaritan while deflecting criticism over its initial missteps in handling the coronavirus,” AFP reported.

But for Beijing, the EU-China coordination during the coronavirus crisis is just like a “mirror which reflects that the China-EU relations are essentially about cooperation and partnership”, Chinese ambassador to the EU Zhang Ming told media yesterday.