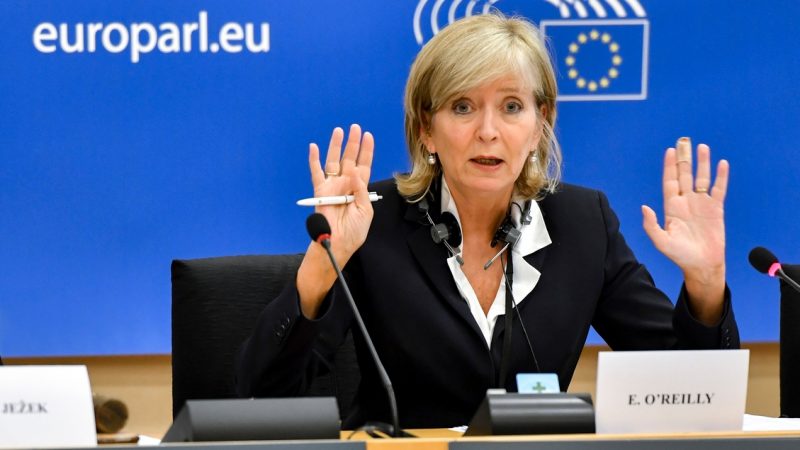 The European Ombudsman, Emily O’Reilly, has confirmed her finding of maladministration in a case where the European Commission refused public access to documents about 1.5 million faulty medical masks.

This refusal resulted in O’Reilly opening an inquiry. She later said that the refusal amounted to maladministration. Following a reassessment from the Commission, all but three documents were granted full access to. The lack of full access means the Ombudsman has confirmed her findings of maladministration in the final decision.

“The Ombudsman noted that the public was already aware that there were quality issues with the first batch of 1.5 million masks and that it was unlikely that releasing information about what measures were being taken to fix the problem would damage the manufacturer’s reputation,” the Ombudsman’s office explained to EURACTIV about the case.

“[O’Reilly] also pointed out that there was a strong public interest in knowing what steps were taken to ensure that no faulty masks were brought into circulation and used,” they added.

In this case, the public interest was more important than the protection of commercial interests, given that the information concerned products bought with taxpayers’ money to protect public health “during the most serious global health crisis in over a century,” according to the office.

In its response to the final decision, a Commission spokesperson told EURACTIV that they are of the opinion that they handled the case in line with principles of “transparency and access to documents in the interest of the public.”

“The Commission therefore regrets the finding of maladministration,” the spokesperson said, also pointing out that the last three documents contained information from a third party who had not agreed with the disclosure of documents.

Several transparency issues during COVID could have been avoided, says EU watchdog

The EU response to COVID-19 has been a balancing act between being fast and being transparent. While issues still remain, European Ombudsman Emily O’Reilly tells EURACTIV about the issues she has looked into and what to consider for next time.

Time made the information less useful

Even though the last three documents are still not fully accessible, O’Reilly was positive towards the Commission granting access to nine of the 12 documents. Despite this, the access has come too late.

“The information was released almost two years after the initial request, and so was no longer of use to the complainant. When there is such a delay in releasing requested information, it amounts to denying access to the information,” the Ombudsman’s office argued.

The Commission’s answer to O’Reilly, which included full access to the nine of 12 documents attached, is dated April 2022.

While the Commission regrets the amount of time passed, they are of the opinion that it was a large request that needed time.

“[It] concerned a large number of documents, even after the Commission made a proposal for a fair solution. The documents were all identified, analysed, and consulted with all concerned third parties,” the Commission spokesperson said.

“The time elapsed was the time needed to process the request for public access to a very large number of documents, including the internal review within the Commission, and the Ombudsman’s investigation,” he added.

In the answer to O’Reilly, it is clear that time may have been the only reason to grant further access to the nine documents. In there they evaluate that because of the time passed and the “evolving situation of the COVID-19 pandemic” the risk of undermining commercial sensitivity had gone.