A controversy broke out over the purchase of COVID-19 vaccines by the German government in addition to the share jointly procured and distributed on a pro-rata basis by the EU.

In recent months, the Commission has sealed contracts with different manufacturing companies, including a major one to purchase in advance 200 million doses of the vaccine produced by Pfizer-BioNTech, the first to have received EU regulatory approval.

On 8 January, the Commission  secured 300 million additional jabs of the Pfizer-BioNTech in the wake of criticism from Germany that it had not ordered enough doses of the only vaccine currently distributed.

At the end of December, a German health official confirmed in a press conference that Angela Merkel’s government had signed a separate deal with Pfizer-BioNTech in September for 30 million extra doses of the Pfizer vaccine.

Also in December, Germany’s health minister Jens Spahn said that the EU cannot prohibit forever other EU countries from buying additional vaccine doses on their own.

However, in an annex to the Commission’s vaccine strategy presented in June, the EU-27 countries agreed “not to launch their own procedures for advance purchase of that vaccine with the same manufacturers.”

The reason behind this commitment to joint procurement was not to leave behind countries with less money and less bargaining power in the vaccine race.

The German side-deal could, therefore, be in violation of the obligation not to negotiate separately, although the exact legal nature of the Commission’s document is still unclear.

Asked to clarify the issue at a press conference on Friday, the Commission refused to reply to the many questions on the issue, saying that reporters should direct the questions to the German authorities.

“Our focus is on ensuring that there are enough doses for every member states,” said a Commission’s spokesperson, declining to answer if Germany could be hit by an infringement procedure for having acted this way.

The bilateral negotiation with Pfizer-BioNTech occurred when Germany was holding the EU rotating presidency and preaching the benefits of joint purchasing of vaccines alongside the Commission.

Announcing the new extra doses of the Pfizer-BioNTech vaccine, Commission president Ursula von der Leyen made clear that the EU opposes any kind of separate bilateral deals and negotiations between EU member states and pharmaceutical companies.

“We have all agreed that there will be no parallel negotiations or parallel contracts,” she told reporters, adding that the EU negotiations are the only binding legal framework when it comes to vaccine purchases.

However, the Portuguese health minister Marta Temido, who is now holding the rotating presidency of the EU Council of health ministers, has confirmed this morning that some countries have purchased vaccines on their own side.

“We also know that these purchases were made after the joint negotiations that an EU level had taken place,” she added.

According to the Portuguese minister, these side purchases were made after the EU negotiations and the distribution of the vaccines will be performed in accordance with those contracts. “The role of the presidency is to ensure that the contracts in place are respected,” she concluded. 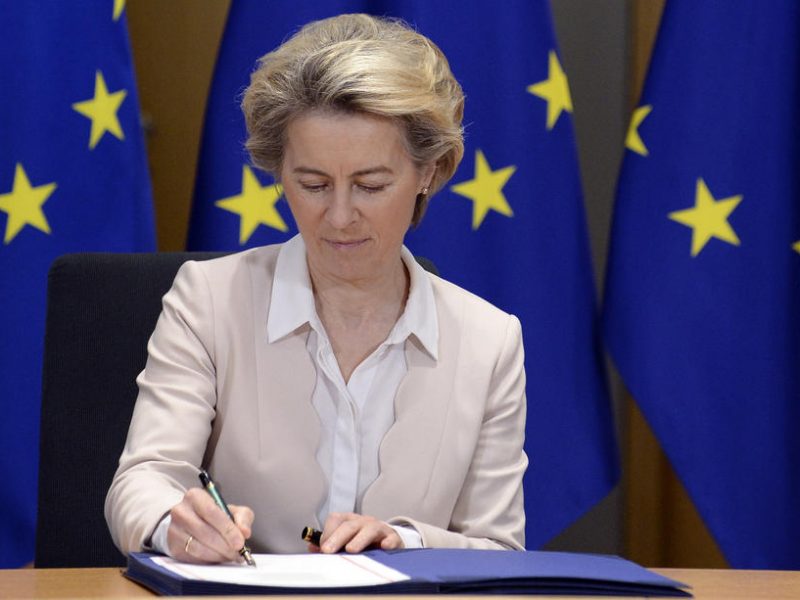 The European Commission has sealed another deal with Pfizer-BioNTech to provide 300 million additional doses of COVID-19 vaccine, the Commission chief Ursula von der Leyen said on Friday. The new deal will add to the existing 300 million doses for a total of 600 million.