Confusion reigns over UK opt out from EU COVID scheme 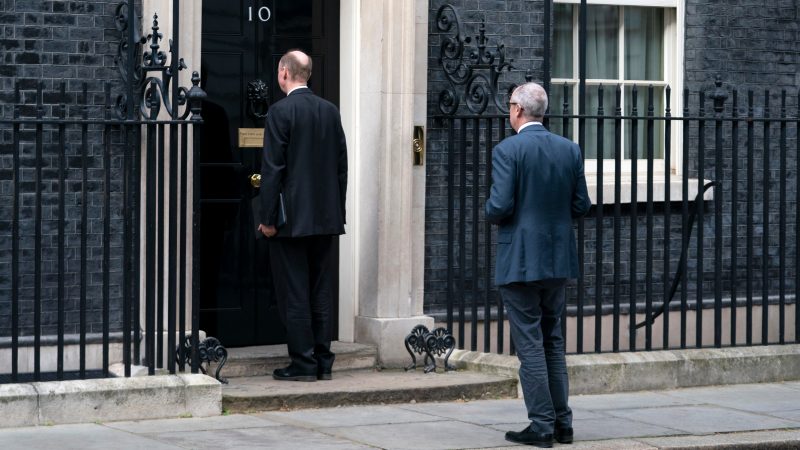 The UK government’s decision to opt-out of an EU procurement scheme for urgently needed medical equipment to cope with the coronavirus crisis was plunged into fresh confusion on Tuesday (21 April).

Speaking at a hearing of the UK Parliament’s Foreign Affairs Committee on Tuesday, the top Foreign Office civil servant, Sir Simon McDonald, told MPs that ministers had made a “political decision” to stay out and source equipment from domestic and international firms.

“The UK mission in Brussels briefed ministers about what was available, what was on offer, and the decision is known,” McDonald told lawmakers.

However, just hours later, McDonald backtracked and sent a letter to committee chairman Tom Tugendhat retracting his statement. Citing a “misunderstanding”, McDonald stated that no such briefing by the UK Mission in Brussels had taken place.

UK ministers have been heavily criticised for being ill-prepared for the coronavirus pandemic and particularly over repeated shortages of ventilators and personal protective equipment in its hospitals.

Last month, the UK came under fire after opting not to be part of a 25-country joint procurement programme launched by the European Commission to allow member states to bulk purchase medical equipment needed to face the crisis resulted from the COVID-19 outbreak.

McDonald’s assertion contradicts the line taken by Cabinet minister Michael Gove and UK officials that lost emails inviting London to be part of the EU scheme had led to UK officials missing the deadline.

Having initially claimed that the UK’s exit from the EU on 31 January was the reason for not being part of the joint scheme, Boris Johnson’s government backtracked and blamed a communication breakdown for missing the deadline to be part of the joint procurement scheme.

The call for tenders targeted personal protective equipment including masks, gloves, goggles, face-shields, surgical masks and overalls, with the bids from firms exceeding the supply needed by member states.

On Thursday (23 April), UK lawmakers on the International Trade Committee will begin their own inquiry into how the recent spike in demand for medical equipment has affected the government’s ability to source sufficient supplies.

PPE, ventilators, pharmaceuticals and hand sanitiser have also seen pronounced spikes in demand, whilst factory closures, staff shortages and disturbance to freight transport have disrupted the flow of goods. Meanwhile, temporary export bans imposed by the EU and other countries have also meant further disruption for governments, businesses and consumers.