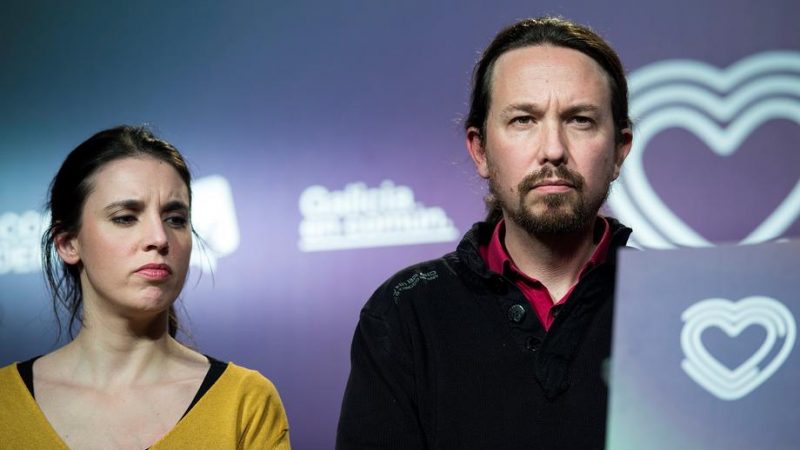 Montero is one of the heavyweights in left-wing Podemos, the junior member of the ruling coalition with the socialists. [EPA/Luca Piergiovanni]

The impact of the coronavirus hit the Spanish government on Thursday (12 March) as the Minister for Equality, Irene Montero, was diagnosed with COVID-19.

Montero is one of the heavyweights in left-wing Podemos, the junior member of the ruling coalition with the socialists. She is the partner of party leader Pablo Iglesias, who was put into quarantine on Thursday.

On Sunday, they both took part in the 8-M demonstration, which gathered thousands of people in Madrid. The decision to allow the march had sparked some criticism given how quickly the virus was spreading in the country, especially in Madrid.

The Spanish government also announced on Thursday that all members of the executive would be tested for coronavirus. Prime Minister Pedro Sánchez said the council of ministers would meet via teleconferencing, and Thursday’s press conference would be without journalists in the room.

Thursday’s ministerial council approved a stimulus package to counter the economic fallout of the pandemic.

In addition, Spain’s royal family also announced on Thursday that they would undergo coronavirus testing, and suspended all their events for the coming days. Queen Letizia had been in an event with Minister Montero last Friday.

Spain’s La Liga has been postponed after players from Real Madrid were quarantined and other football players may have been infected with coronavirus. La Liga announced that, “at least” the two next match days will be postponed.