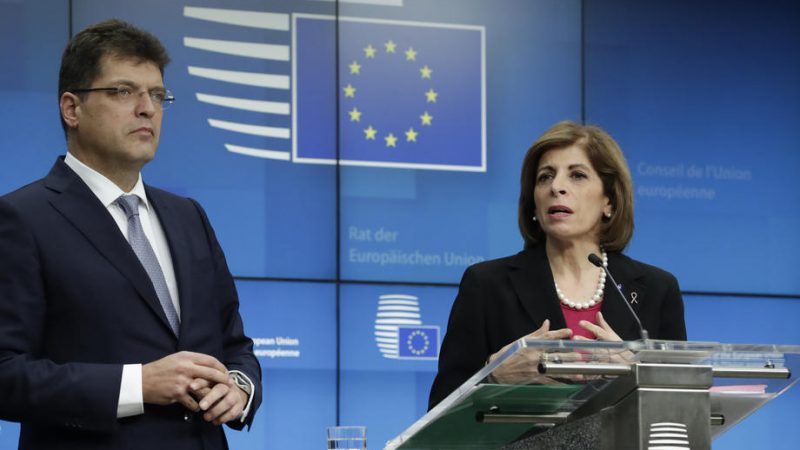 Italy, affected by the coronavirus more than any other EU country, has been requesting since last week other member states’ assistance in providing personal protective equipment such as masks. However, just one member state responded to the request, EURACTIV was informed.

The European Commission has decided to launch joint procurement for personal protective equipment with 20 member states involved and the results are expected next Monday. “Tangible results in the next few weeks,” said EU Health Commissioner Stella Kyriakides.

The Commission will also launch soon a second procurement on respiratory machines, something that was fully backed by Italy.

EU health ministers gathered at an extraordinary meeting on Friday (6 March) to face the escalating coronavirus outbreak across the bloc. The purpose was to define the next steps and test the bloc’s preparedness, considering that there are currently more than 4,000 coronavirus cases in 24 member states.

EURACTIV reported earlier today that a key challenge is the availability of face masks and other personal protective equipment. Sources have recently told EURACTIV that the executive been asking the member states for a long time to inform Brussels about their stocks.

But the EU executive still does not have a clear picture of the situation and only relies on estimations.

Some member states do not share this information for national security reasons while others simply don’t have the exact date due to their complex internal structures. EURACTIV has learnt that the military of EU member states has this kind of information but it is therefore difficult to share with other EU countries.

Asked whether NATO has an estimation of the stocks of masks and personal protective equipment in its member states across Europe, a NATO official told EURACTIV such stock-taking “is the responsibility of national authorities” and referred to the respective national contact points.

Earlier this week, Germany and the Czech Republic decided to ban exports of medical protection equipment such as masks and gloves. The objective was to make sure that health workers have enough to deal with the coronavirus outbreak.

But this is something that Belgian health minister Maggie de Block criticised today.

“I think that, in fact, we should show our solidarity, for example, in the distribution of protective resources,” she said, according to AFP, adding that there are two countries that block all exports.

Similarly, Dutch minister for medical care, Bruno Bruins, said it was even more important to show solidarity in times of scarcity, especially within the EU.

“I understand that some countries are now taking national measures to safeguard their own stocks. I believe that such measures are not a solution to the scarcity that is currently affecting the whole of Europe,” he said.

Czech Health Minister Adam Vojtěch admitted that he faced criticism and said: “There is very high demand and we have to ensure the protection for Czech doctors”. “We aim to avoid traffickers doing business based on fear”, he added.

European Commissioner for Crisis Management Janez Lenarcic said such measures should be taken only in such a way that ensures that material like personal protective equipment will be available to all EU citizens on an equal footing.

“They should not favour one member state at the expense of others […] that would undermine our collective approach to this crisis,” he said.

However, sources told EURACTIV that such a decision would be necessary, considering that it would help control the process and direct medical equipment where it is truly needed across the EU.

Lenarcic reiterated that solidarity is needed in the sense that such equipment is transferred to places where it is needed the most.

“Secondly, we are calling for rational use of such equipment,” he added.

Lenarcic also said the ongoing situation in Italy will probably happen elsewhere in Europe too.

*** Aneta Zachova from EURACTIV Czech Republic contributed to this article