This shortage - estimated at around 200,000 people - was largely caused by the closure of borders following the coronavirus epidemic. As a result, seasonal workers from Morocco, Tunisia and Spain will not be able to travel to France. [Shutterstock]

The French government has called on employees who are on temporary lay-offs to make themselves available to help farmers with seasonal harvests. But such ‘agricultural patriotism’ does not go well with the tightening of containment measures. EURACTIV France reports.

“Our farmers are running out of ‘helping hands’, help them”. This was the appeal launched by Agriculture Minister Didier Guillaume to news channels BFM and RMC. It took many French people by surprise because the containment measures that had been in place for over a week in France were tightened further on Monday (23 March).

“I want to launch a great appeal […] to the women and men who today do not work, a great appeal to those who are confined […] to those who no longer have a job, I tell them to join the great army of French agriculture, join those who will allow us to feed ourselves in a clean, healthy way,” Guillaume said.

His appeal follows a statement by the head of the FNSEA, France’s main agricultural union, warning of the lack of manpower available in the country’s agricultural sector to ensure seasonal fruit and vegetable harvests.

This shortage – estimated at around 200,000 people – was largely caused by the closure of borders following the coronavirus epidemic. As a result, seasonal workers from Morocco, Tunisia and Spain are not able to travel to France.

And the harvests of the coming months cannot wait. Asparagus, strawberries and cherries will have to be harvested in large quantities in the coming weeks. “To all those who have the time, we will need 200,000 seasonal workers within three months. We will welcome you in perfect safety conditions” announced the president of the FNSEA, Christiane Lambert.

To join the ranks of agricultural workers, the FNSEA has also set up the “Des bras pour ton assiette” (‘arms’ for your plate) website, where French people can register to make themselves available to farmers in need of workers

The only requirements are to be in good health, not be part of an at-risk group and to respect actions that could prevent spreading (sneezing in one’s elbow, regular handwashing, etc).

To encourage applications, those who volunteer will be combining their partial unemployment with the remuneration of a seasonal worker, which roughly equals minimum wage, particularly in sectors that are at a standstill, such as the catering industry.

However, the French, who have been living in confinement for the past eight or so days, were ambivalent towards this national appeal in favour of the agricultural sector.

While the government ‘turned the screws’ on confinement even more on Monday, by banning open-air markets and further restricting non-work-related travel, the call to come and work in the fields thus appears quite surprising.

At the same time, the entire food sector pointed out the closure of outdoor markets in France. This is “an economic disaster for all traders, artisans, producers and farmers”, stressed the president of the National Federation of French markets on France Inter.

However, political and citizen mobilisation around agriculture has reached a real peak since the start of the pandemic.

With the call for ‘food patriotism’ – favouring French products – and government officials thanking farmers for their contribution in the fight against COVID-19, the reconciliation of consumers with farmers seems to be on the way. 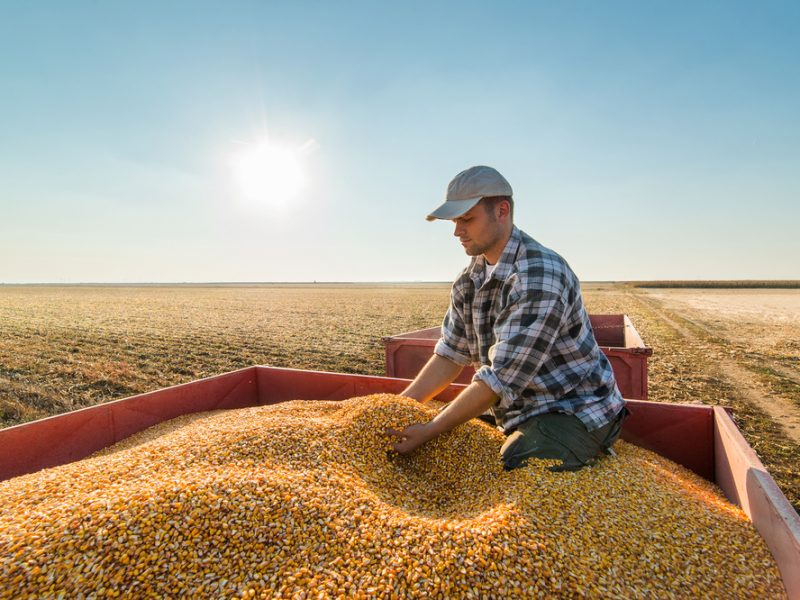