Currently, about 150 soldiers are currently engaged in removing rubble and a travel ban between towns is being imposed due to COVID-19. [EPA/ANTONIO BAT]

The Croatian government is struggling to repair the damage caused by a 5.5 Richter-scale earthquake in Zagreb on Sunday (22 March) and simultaneously protect citizens from the ongoing coronavirus outbreak. EURACTIV Croatia reports.

The earthquake caused severe damage to buildings in the very centre of the capital. Prime Minister Andrej Plenkovic and his team toured the most affected areas and found that many houses were no longer fit for use, highlighting that alternative accommodation will have to be found for those people.

The Zagreb area has been hit by 57 tremors since Sunday, which caused the greatest damage to family houses, churches and most of the Zagreb museums located in the downtown.

The Minister of Construction Predrag Stromar said on Monday that more than 7,000 buildings would be assessed for damage since many of them were not statically safe. Around 150 soldiers are currently engaged in removing rubble in Zagreb. 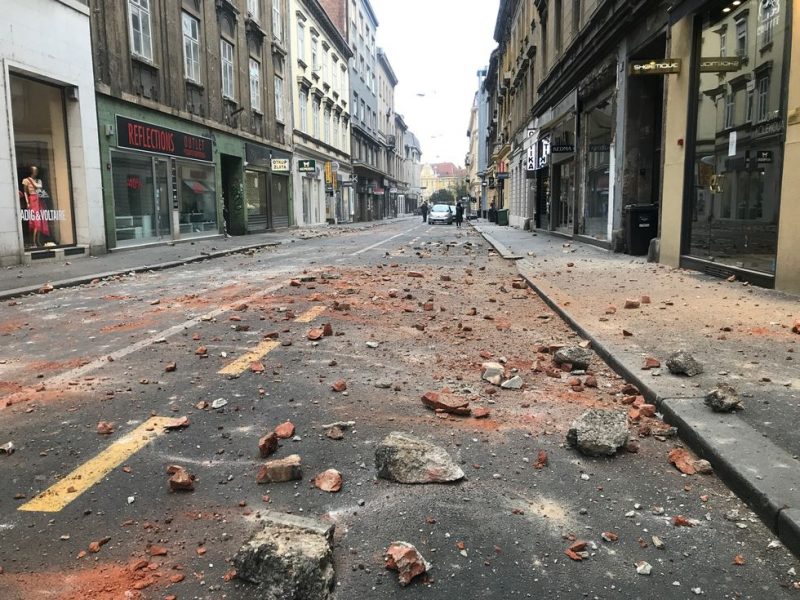 At the same time, Croatia’s COVID-19 crisis management team said on Monday that a ban on travelling inside the country, from town to town, would be imposed as an additional restrictive measure to contain the spread of the coronavirus.

The measure was declared after many residents of Zagreb fled the city on Sunday morning following the quake. Those citizens will be allowed to come back to their homes in Zagreb, Interior Minister Davor Bozinovic has said.

The only victim of the destructive earthquake was a 15-year-old girl who suffered severe head injuries and later died in hospital.

Read more about the coronavirus developments in Croatia here.