By Jorge Valero | EURACTIV with AFP

President of the European Central Bank Christine Lagarde delivers a speech at the Launch of COP26 Private Finance Agenda event at he Guildhall in London, Britain, 27 February 2020. [Neil Hall/EPA/EFE]

“Extraordinary times require extraordinary action. There are no limits to our commitment to the euro. We are determined to use the full potential of our tools, within our mandate,” ECB president Christine Lagarde wrote on Twitter.

The remarks echoed the legendary words of her predecessor Mario Draghi who vowed in 2012 to do “whatever it takes” to preserve the euro at the height of the region’s sovereign debt crisis.

The so-called Pandemic Emergency Purchase Programme will have an overall envelope of €750 billion and will buy government and corporate bonds.

It came just six days after the ECB unveiled a big-bank stimulus package that failed to calm nervous markets, piling pressure on the bank to open the financial floodgates. 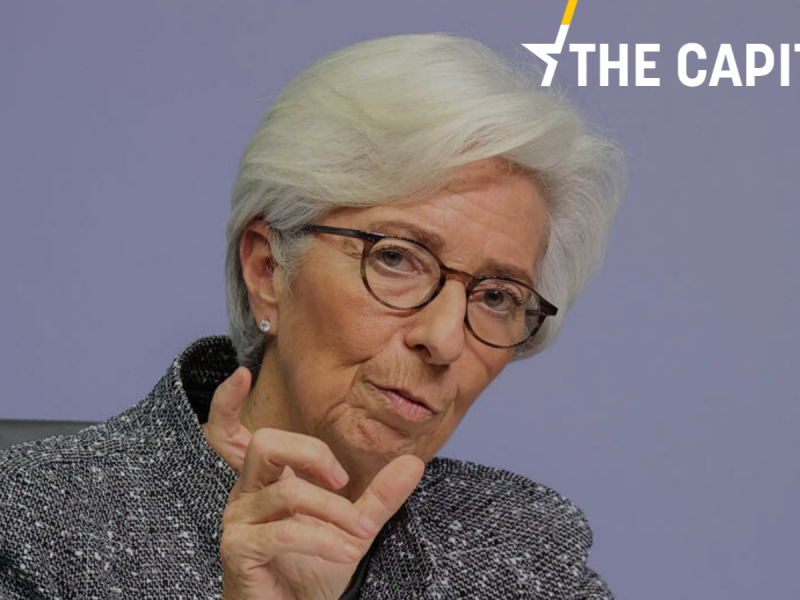 The programme will come on top of the €120 billion of additional asset purchases announced by the ECB last week. It will only be concluded once the bank “judges that the coronavirus COVID-19 crisis phase is over, but in any case not before the end of the year,” the ECB said in a statement.

The decision came after the bank’s 25-member governing council held an emergency teleconference late into the evening, following criticism that the bank wasn’t doing enough to shore up the eurozone economy.

To further reassure markets, the bank said it would consider relaxing some self-imposed restrictions on bond purchases — which could potentially help countries like debt-laden Italy whose bond yields have soared over the coronavirus panic.

The ECB also decided to ease some of its collateral standards to make it easier for banks to raise funds.

The ECB “will do everything necessary within its mandate,” said the communique. The institution “is fully prepared to increase the size of its asset purchase programmes and adjust their composition, by as much as necessary and for as long as needed. It will explore all options and all contingencies to support the economy through this shock.”

And for the first time, Greek bonds will be included in the bank’s asset purchases.

Measures taken by central banks around the world so far have surpassed those of the 2008 financial crisis, with the US Federal Reserve leading the way.

The Fed has taken interest rates down to virtually zero and massively increased cash injections into financial markets, including an additional $1.5 trillion last week and $1 trillion so far this week.

Central banks to the rescue

Since 2015, the ECB has spent some 2.7 trillion on its bond-buying programme.

The ECB’s latest monetary printing move was welcomed by the euro area members.

“I hope these measures will also make it clear to the stock markets, to the markets today that Europe will protect its interests and Europe is determined to overcome this crisis”, Germany’s Economy Minister Peter Altmaier told Deutschlandfunk radio in an interview on Thursday.

French President Emmanuel Macron expressed his “full support” to the ECB’s measures on Twitter. “It is now up to us, the European states, to step up to the plate via our budgetary interventions and to show bigger financial solidarity at the heart of the eurozone.”

Greece expects that its inclusion for the first time in the ECB’s asset-buying programme would help to lower borrowing costs.

“This is tangible support to our country and is a gesture of confidence in the government’s policies of handling this present health crisis,” Christos Staikouras, Greece’s finance minister,  said in a written statement issued early on Thursday.

Around €12 billion of Greek bonds will be debt eligible for inclusion.

The immediate reaction from analysts was positive.

The ECB’s latest medicine could be “a gamechanger for the euro area economy and credit markets” if it is accompanied by fiscal action from governments, said Pictet Wealth Management strategist Frederik Ducrozet.

The latest monetary stimulus helped to bring down the increasing borrowing costs that some governments, in particular Italy and Spain, are facing after the coronavirus outbreak started.

However, stock markets gave a lukewarm reception to the package.

The ECB’s announcement came after some of its members expressed doubts about a bigger intervention to stop the tensions in the debt markets.

Austrian central banker Robert Holzmann said it is up to the national governments to provide the stimulus against the coronavirus. “Monetary policy cannot cover up the problem,” he told Austria’s Der Standard newspaper in an interview published on Tuesday.

The ECB issued a reaction to Holzmann’s comments, stressing that the institution was ready to adjust its measures “to ensure the smooth transmission of its monetary policy in all jurisdictions”, preluding its intervention announced hours after.