ECDC chief: We must brace for next winter amid less restrictions, deaths 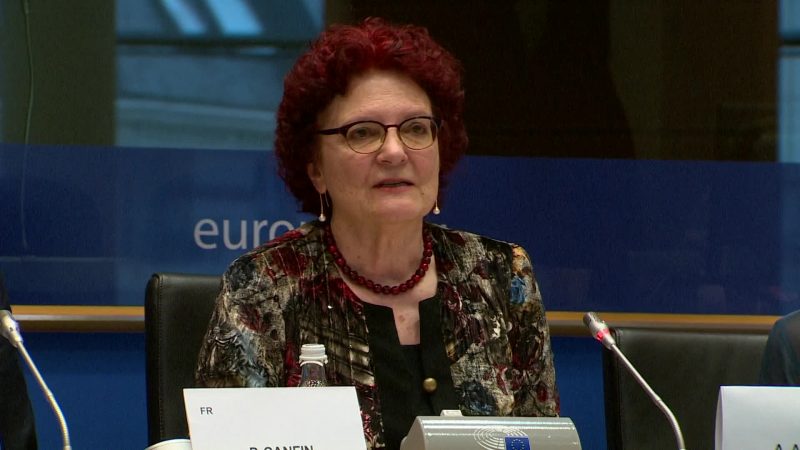 Europe is easing restrictions, closing vaccination centres and seeing declining death rates, but COVID-19 cases are rising, and we must be ready for possible future variants, according to the EU’s infectious disease agency director.

The COVID-19 situation in Europe looked promising, at least for a while, as cases significantly reduced leading member states beginning to loosen restrictions.

But since last week, the trend has turned, said Andrea Ammon, director of the European Centre for Disease Prevention and Control (ECDC), at a meeting in the European Parliament’s health committee (ENVI).

“The case notification trend that was decreasing in the past weeks is now increasing again, although the testing policies are now so different that it’s very difficult to make a real assessment,” she said to the MEPs.

“The good side of it is that the death rate continues to decrease. Despite this being the case, it’s still more than 6,000 people that die per week in the EU of COVID,” Ammon added and confirmed that occupancy in intensive care units remains relatively low.

A growing number of EU countries have lifted restrictions amidst a surge in cases. Last weekend, a new law became applicable in Germany, scrapping most of their COVID-19 restrictions.

Most limits public life no longer apply except mandatory mask-wearing on public transport and in care and nursing facilities. Stricter rules can only be adopted for so-called ‘hotspot’ areas on a case by case basis.

These restrictions were introduced while incidence rates in Germany climbed to an all-time high of around 1,870 per 100,000 people.

For the countries that lifted their restrictions earlier in the year, there also seems not to be much concern. On Sunday (20 March), the Irish deputy Prime Minister Leo Varadkar said that the rising case numbers are a “cause for concern, not a cause for panic”.

Ireland lifted all its restrictions in January and has no plans to reintroduce them but instead focus on making sure as many as possible receive a booster shot.

We must brace ourselves for winter – again

The lifting of the restrictions and the decrease in COVID related deaths might make it seem like we could be through the worst. “We shouldn’t be so sure of that,” warned Ammon, who urged member states to be prepared for next winter.

“We believe we might see another increase of cases in the winter. It might be the same variant, it might be another variant. This is why we have to be vigilant during the summer to see what is circulating to be prepared,” she said, emphasising being prepared for COVID outbreaks and detecting new variants early.

“I think we [will] need [vaccination centres] in the autumn again. So I hope there are plans so they can be reactivated [then].”

In other words, COVID has not yet left the building, nor is it on its way out. Ammon warned of thinking about the pandemic as over, given that it is more frequently being addressed as an endemic.

“I just want to put a word of caution: endemic doesn’t mean it’s not dangerous, and it’s not frequent,” she said.

“So just to be very clear, there are endemic diseases that are dangerous and that are severe and that are very frequent. So we have to agree on what we mean, [when we say] a disease is endemic,” she concluded.