By Alexandra Brzozowski and Natasha Foote | EURACTIV.com with AFP

World Health Assembly at the European headquarters of the United Nations in Geneva, Switzerland, 21 May 2018. [EPA-EFE/PETER KLAUNZER]

World Health Organisation member states agreed on Tuesday (19 May) to an independent probe into the UN agency’s handling of the coronavirus crisis. The agreement came with an EU-brokered resolution that called for multilateralism and was in stark contrast to US criticism of the body’s actions during the pandemic.

Countries taking part in the WHO’s annual assembly, held virtually for the first time, adopted by consensus the resolution tabled by the EU, which is not binding and mentioned no countries by name, instead advocating a joint response to the crisis.

The resolution called for an “impartial, independent and comprehensive evaluation” of the international response to the pandemic, which has so far infected more than 4.8 million people and killed over 318,000.

The motion paves the way for an investigation into the origins and international response to the coronavirus, due to be carried out at the “earliest appropriate moment.”

According to the text, the investigation should include a probe of “the actions of WHO and their timelines pertaining to the COVID-19 pandemic”.

This includes establishing the origin of the virus, urging the WHO to help investigate “the zoonotic source of the virus and the route of introduction to the human population,” which has been a point of contention.

The US, which has been at odds with the WHO after President Donald Trump’s administration threatened to withdraw from the UN body, joined in the consensus despite Trump’s renewed attacks on the global body, branding it a “puppet of China”, the country he blames as being responsible for the virus.

in a video address to the WHO’s assembly, US Health Secretary Alex Azar called out the organisation and said its “failure” to obtain and provide vital information on COVID-19 had proved deadly.

“We must be frank about one of the primary reasons this outbreak spun out of control: there was a failure by this organisation to obtain the information that the world needed, and that failure cost many lives,” Azar said, demanding an independent review of “every aspect” of the UN health agency’s response to the pandemic.

WHO chief Tedros Adhanom Ghebreyesus on Monday welcomed the call but insisted there was no need for a dramatic overhaul of the organisation.

In the run-up to the conference, calls for Taiwan to be allowed to join the meeting, led by the US, also threatened to anger Beijing, which has blocked Taiwan from attending since 2016.

More than 100 members of the European Parliament and member states’ national assemblies have called upon EU health ministers to lobby for Taiwan’s participation.

On the eve of the meeting, Taiwan announced it will not press for participation in the current Assembly. Joseph Wu, Taiwan’s foreign minister, said his country had not been invited to this week’s meeting and had agreed to put the issue off until later this year. 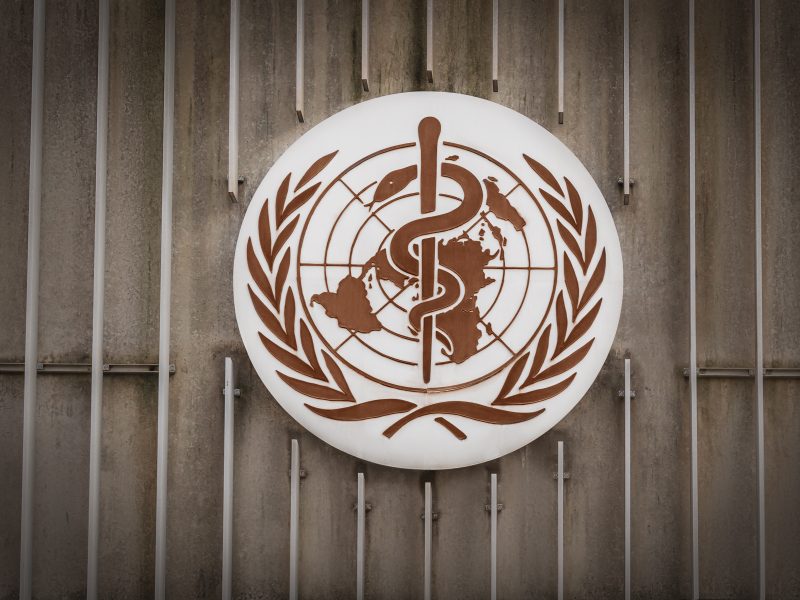 On the sidelines of the escalating row, the EU stepped up its support for the WHO on Tuesday.

European Commission President Ursula von der Leyen said international cooperation should be a no brainer during a global pandemic.

“The greatest act of courage is to play as a team,” she told the virtual WHO meeting in an apparent jab at the US.

EU foreign affairs spokeswoman Virginie Battu-Henriksson told reporters in Brussels this was no time “for finger-pointing or undermining multilateral cooperation”.

According to her, the EU has already provided “additional funding” to support WHO efforts.

Tuesday’s WHO resolution also called for nations to commit to ensuring “transparent, equitable and timely access” to any treatments or vaccines developed against COVID-19.

It tasked the WHO to come up with options for “scaling up global manufacturing and distribution capacity for vaccines, tests and treatments” via the use of existing international treaties and trade rules, namely the Doha Declaration on the TRIPS Agreement and Public Health.

However, this has drawn criticism from global charity Oxfam, who said the resolution is “not fit for purpose.”

Commenting on the resolution, Anna Marriott, Oxfam’s health policy manager, said the agreement “leaves too many barriers standing in the way of a coronavirus vaccine for all.”

According to her, health ministers “have resisted attempts by the Trump Administration to torpedo an agreement and have kick-started a process that should help increase global manufacturing and distribution capacity” but “done nothing to compel the pharmaceutical industry to pool patents so that any nation with the means can quickly manufacture or import affordable vaccines, treatments and tests.”

Marriott called for a ‘people’s vaccine’ which is patent-free, mass-produced, distributed fairly, and made available to every individual, in every nation, free of charge.

“Politicians must step up and provide a cast-iron guarantee that they will put public health before the profits of the pharmaceutical industry.”