The European Commission has proposed the creation of a digital certificate to prove vaccination, testing or recovery from COVID-19, aiming to resume free movement, a bilingual document with QR code that it wants in force by June. [Shutterstock/ ronstik]

Unilateral vaccine passports “would pose some problems as at the end of the day we are all in the common Schengen area,” an EU source said. “We cannot have Israeli and British tourists granted with benefits while citizens of the Schengen area are excluded,” the source added.

For the time being, travel outside the Union is largely restricted.

“There is an ongoing political debate but in no way such a measure should cause discrimination,” the EU source added.

EU leaders will on Thursday (25 February) discuss Greece’s proposal to issue a travel certificate for those who took a COVID-19 jab. Such a certificate would save travelers the hassle of going through coronavirus tests or observing a quarantine when going abroad.

However, Europeans have so far been divided over the issue.

The Greek proposal is backed mainly by countries whose economies are heavily reliant on tourism, such as Cyprus, Spain, Malta, Portugal, and Italy. Estonia also backs the idea.

Opponents include Romania, Germany and France, which have expressed their disagreement, at least for now, saying that Europe cannot have a certificate for travel reasons until all EU citizens have equal access to vaccines.

These countries have also expressed doubts over whether the current vaccines offer sufficient protection toward new COVID-19 variants. 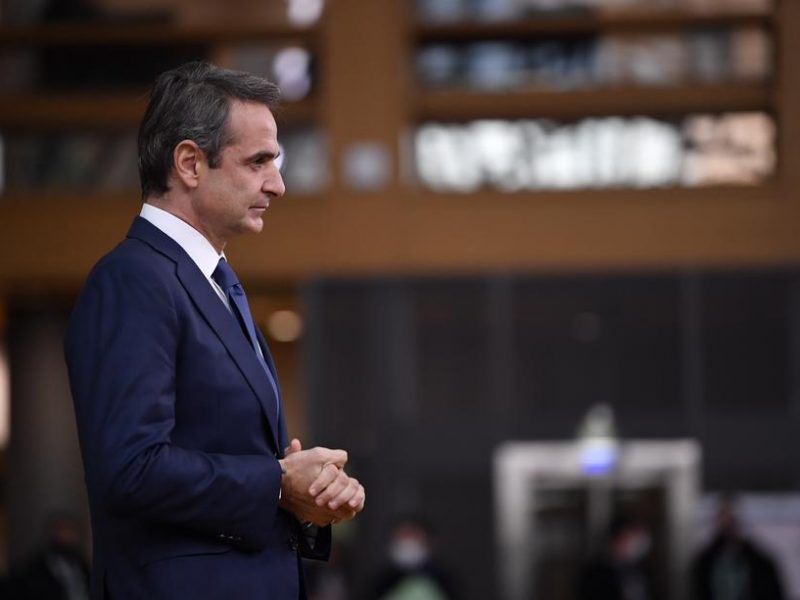 Need for a common approach

Aiming to avoid another lost summer season, Athens has indicated it will impose the measure unilaterally unless an EU-wide decision is made.

Diplomatic sources told EURACTIV that, technically, every EU member state can decide to act unilaterally as border management is chiefly a national competence.

Greece has already made a deal with Israel while reports in the Greek media suggest that there are also talks with the UK and Serbia.

EU leaders will agree today to adopt a common approach on the issue, diplomatic sources said.

“We call for work to continue on a common approach to vaccination certificate,” the summit’s draft conclusions read.

In an attempt to roll back travel restrictions currently in place across Europe, Austrian Chancellor Sebastian Kurz has proposed to introduce a “green pass” for those who do not pose a health risk.

According to Kurz, three categories of people would be granted such a pass: those who already received the vaccine, those who have already been infected, and those who have been tested very recently.

Should the EU not start work on this “green pass” project, Kurz announced that Austria would do implement the scheme at national level.

But other countries are opposed. In France, a presidential source told EURACTIV.fr that it maintains its position of “double caution” with regard to private data protection issues and the inequalities that this could create.

Nevertheless, Paris indicated it was open for debate and considered it “relevant to launch technical work” to evaluate this tool, even though it considers it premature for the time being.

Another issue with vaccination certificates relates to the types of vaccines that will be recognised at EU level. Indeed, some foreign countries may have treated people with vaccines that have not been approved by the European Medicines Agency.

Serbia, for instance, has extensively used the Russian and Chinese vaccines.

“This is a question that EU leaders should answer,” an EU source said.