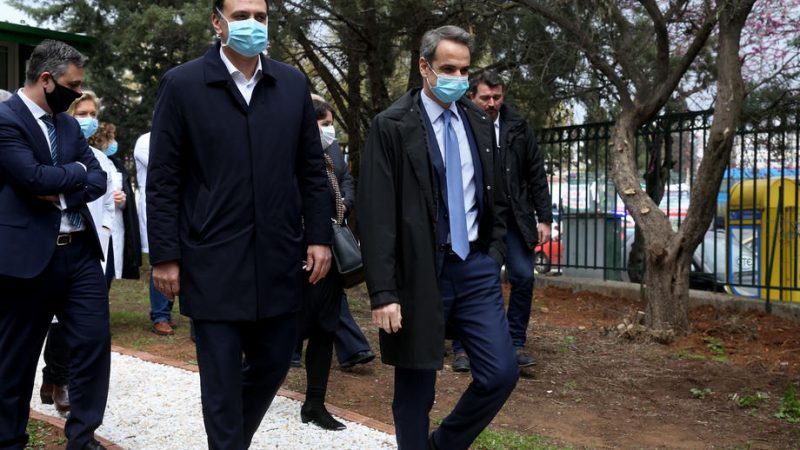 The European Commission yesterday (18 August) refuted claims by Greece’s health minister that a first batch of COVID-19 vaccines is expected in December saying there is no timeline as there is no vaccine yet.

Asked by EURACTIV, EU spokesperson Vivian Loonela said: “We are in a situation where we cannot tell the exact date of delivery. We are working to have the vaccine ready as fast as possible as well as safe as possible.”

Loonela added that the executive is currently in talks with several pharma companies to make sure enough vaccines are available for EU member states as well as for donations to low-income countries.

According to the agreement, the EU will purchase on behalf of EU member states 300 million doses of the AstraZeneca vaccine, with an option to purchase 100 million more.

However, the Commission made it clear that no delivery date has been given to EU member states considering that the testing phases are still underway.

The executive hopes that a vaccine could be ready by the end of 2020 or beginning of next year, in line with industry projections.

Nathalie Moll, the director-general of the European Federation of Pharmaceutical Industries and Associations (EFPIA), said in April that a vaccine could be available in the beginning of 2021 if the testing phase is successful.

“If it weren’t for such a serious issue it would be almost ridiculous […] Cheap government populism playing with citizens’ anguish is both unacceptable and dangerous,” Syriza said in a statement.

The government claims that the vast majority of cases occurred domestically and are not related to tourism. Many cases are also related to young people.

Meanwhile, the opposition accused the government of inefficient preparation against a second wave of infection and called on Prime Minister Kyriakos Mitsotakis to stop putting the blame on young people.