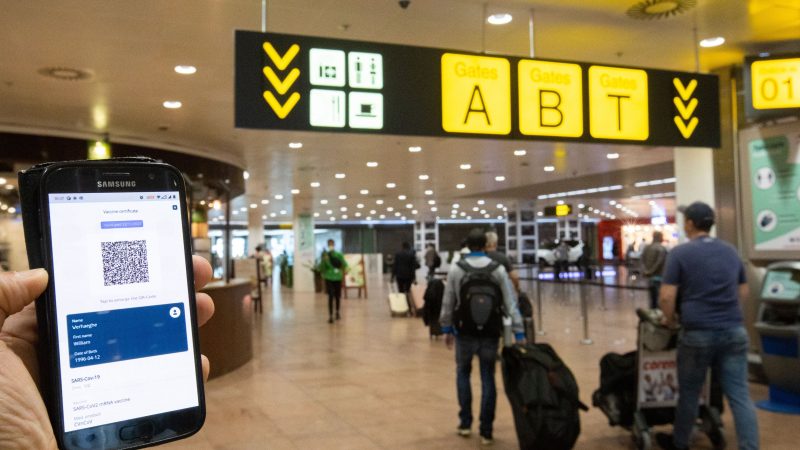 Individuals should be able to enter another EU country with a valid vaccine certificate if the initial vaccines were received within 270 days prior to travelling. [EP/ROLLAND]

Holders of a valid EU digital COVID certificate should not be subjected to additional restrictions such as quarantine when entering another member state, EU ministers agreed on Tuesday (25 January).

According to a recommendation adopted today, those who are vaccinated, recovered from COVID-disease or have a negative COVID-19 test, should be able to avoid quarantine and additional testing upon arrival.

The new framework follows a proposal put forward by the European Commission on 25 November and will enter into force from 1 February.

Although agreed by the EU Council and supported by a broad majority of member states, the recommendations are not mandatory.

“It is important that member states follow up on this agreement and implement the rules agreed without delay. Each member state decides based on the circumstances it is facing,” Health Commissioner Stella Kyriakdes and Commissioner for justice Didier Reynders said in a joint statement following the agreement.

“[I]t is time to look at the discontinuation of the additional travel measures that a number of member states have introduced in the past weeks, making travel more cumbersome and less predictable across the EU,” the note follows.

Italy, for instance, raised eyebrows in Brussels by introducing mandatory PCR tests for vaccinated travellers and quarantining those without a jab.

The rules announced by the Italian government before Christmas de facto suspended the application of the EU COVID certificate system.

The measure caused tensions with the EU, as the Commission said it had not been informed of the decision within 48 hours before entering into force, as the applicable regulation reads.

The Italian model gained traction across the bloc, with other countries like Greece, Portugal, and Ireland introducing mandatory tests for vaccinated travellers.

“We definitely encourage member states to indeed move back to the regime as set out in the Council recommendations,” commented a Commission spokesperson. 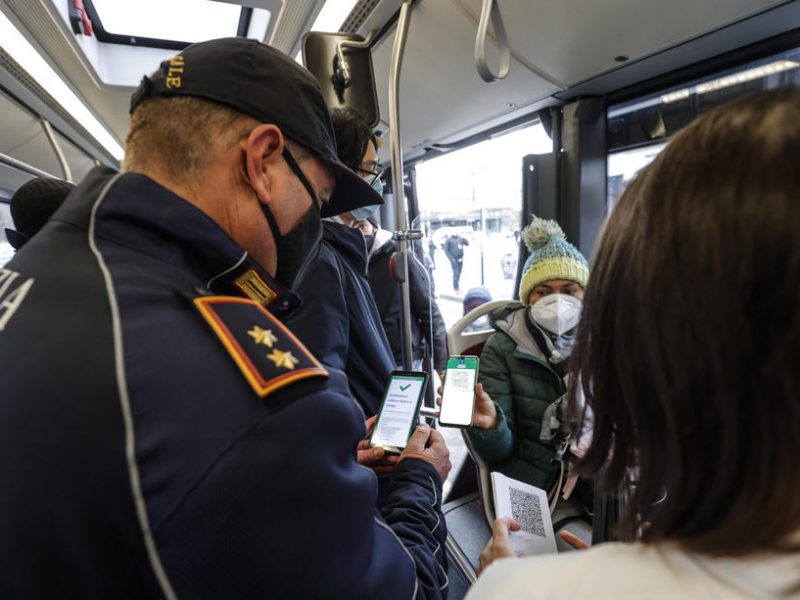 As of 1 February, the EU Digital COVID Certificate will only be valid for nine months after the last dose of the primary vaccination cycle according to the European Commission.

Individuals should be able to enter another EU country with a valid vaccine certificate if the initial vaccines were received within 270 days prior to travelling.

According to the new recommendation, member states can still require mandatory testing and a 10-day quarantine for travellers without vaccination or a recovery certificate coming from a ‘dark red’ area.

Ministers also agreed to change the criteria for the traffic light map drafted by the EU’s infectious disease (ECDC) by introducing a new weighted rate that takes into account also the percentage of vaccinated persons.

While the Omicron variant has already spread throughout the continent, the new recommendation has strengthened the so-called ’emergency brake’ to be used in case new variants of concern will appear in the future.

This implies that as soon as a member state imposes restrictions to limit the spread of a new variant, the EU Council, Commission and the ECDC will review the situation which can result in a coordinated approach finally agreed in the Council.

While some may have hoped that the passenger locator forms used by some member states might be scrapped along with the recommendation, that will not be the case.

“Some member states use the passenger locator form, which is supported by a newly available platform. This can in principle be a useful tool. What we are talking about here is really travel restrictions in the sense of additional testing or quarantine,” a Commission spokesperson explained.