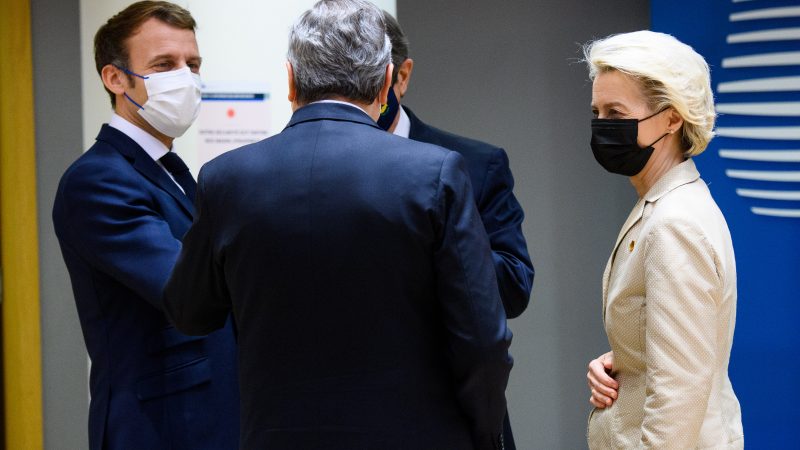 Adapted vaccines and increased unity amongst EU governments are needed to effectively tackle the rapid spread of the Omicron variant of COVID-19, according to the European Commission.

In a report published on Wednesday (15 December), the EU’s infectious disease agency (ECDC) said that the Omicron variant is likely to become dominant in Europe within the first two months of 2022.

Therefore, the part dealing with the coordinated approach against the variant took more time than expected during the gathering of EU-27 leaders on Thursday (16 December), as admitted by the European Council president Charles Michel.

In terms of the spread of the variant, “it is spreading at a ferocious pace and potentially has the risk of escaping our vaccines, at least partially,” Commission president Ursula von der Leyen told a press conference after the EU summit.

The World Health Organisation (WHO) also warned on Tuesday (14 December) that the new variant is spreading quicker than any previous strain, and the vaccine alone will likely not protect people.

“I informed the leaders that our contracts [with vaccine manufacturers] foresee that the companies will develop adaptive vaccines if requested within 100 days,” von der Leyen announced.

She said that the Commission is working very closely with the EU’s medicine agency (EMA) to ensure that it uses the most streamlined procedure possible to assess any further vaccine development.

“I’m glad to inform you that the member states have agreed to trigger a first tranche of over 180 million extra doses of adaptive vaccines in our third contract with BioNTech/Pfizer,” she added.

The leading vaccine manufacturers such as Moderna, Pfizer/BioNTech and Johnson&Johnson have already started tests to increase the efficacy of their shots against Omicron.

Von der Leyen suggests that the only answers to the variant threat come from protective measures such as masks and from speeding up the vaccination campaign, including boosters for children above five years old.

There’s room for hope, though. “We have enough vaccines, and we are prepared for a potential adaptation of a vaccine. So, it is a tough variant, but we are also prepared in a much better stage than we were a year ago,” she concluded. 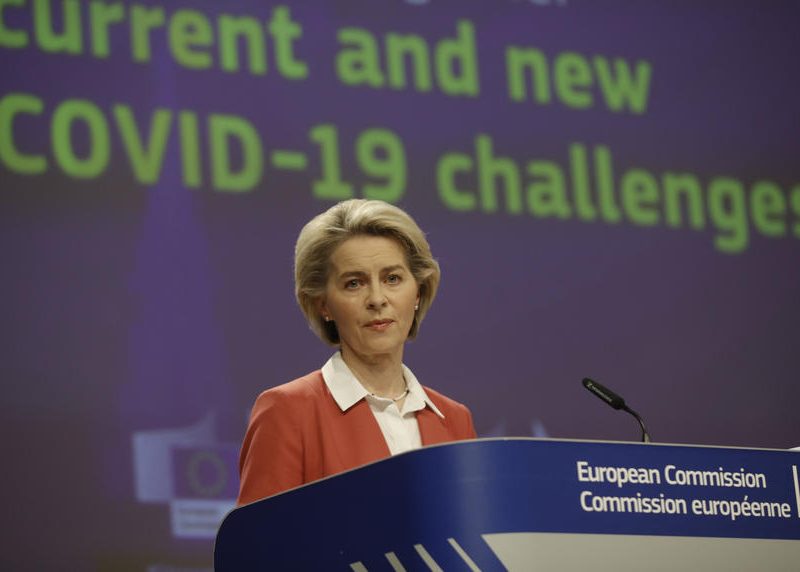 Omicron variant: Hope for the best, be prepared for the worst, says von der Leyen

Although more research is needed into the COVID-19 Omicron variant, Europe knows “enough to be concerned,” according to European Commission President Ursula von der Leyen.

The spread of Omicron is also leading some countries to depart from a common approach when it comes to freedom of movement within the bloc.

Italy, for instance, raised eyebrows in Brussels by introducing mandatory PCR tests for vaccinated travellers and quarantining those without a jab.

The new rules, announced by the Italian government on Tuesday (14 December), de facto suspend the application of the EU COVID certificate system.

The measure caused tensions with the EU, as the Commission said it had not been informed of the decision within 48 hours before entering into force, as the applicable regulation reads.

The Italian model seems to be gaining traction across the bloc, with other countries like Greece, Portugal, and Ireland introducing mandatory tests for vaccinated travellers.

Ahead of the summit, some EU leaders, including Belgian Prime Minister Alexander De Croo, came out against further restrictions on the freedom of travel within the EU. Luxembourg’s Prime Minister Xavier Bettel even warned that citizens might find it less attractive to get vaccinated as a consequence of travel restrictions.

During the Council, Italy’s Prime Minister Mario Draghi defended the decision to introduce mandatory swabs for people entering Italy, saying that it would make it possible to maintain an “advantage” over the Omicron variant, which is less widespread in Italy than in other member states.

He added that the coordination at the EU level must be guided by the principle of maximum caution.

However, In a press conference after the summit, French president Emmanuel Macron rejected the Italian approach.

“We don’t intend to introduce these tests once again because we believe that freedom of movement is something that needs to function well and it is important that it functions well to us,” he said.

European Council president Charles Michel said member states could take additional restrictive measures, like Italy did, as this is a matter of national responsibility.

At the same time, he added that a common approach on intra-EU mobility must be preserved, as well as the willingness to coordinate action.

One last-minute addition to the Council conclusions on health stressed “the importance of a coordinated approach on the validity” of the COVID vaccine certificate.

“This Omicron variant is a new challenge for Europe and the world, and we need to address this challenge together,” he said, inviting member states to make decisions based on objective scientific data currently being assessed by the EU agencies.

To preserve a common approach on boosters, the Commission announced they will present a delegated act which recommends boosters at the latest six months after full vaccinate, with the COVID certificate remaining valid for a grace period of three months.