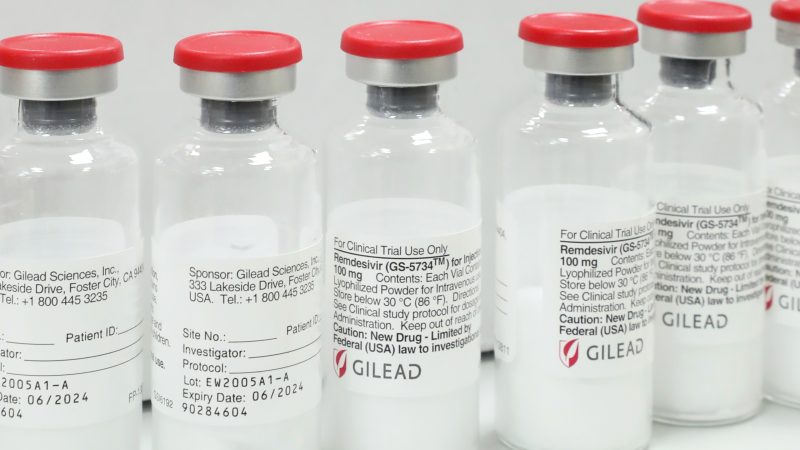 The European Union has agreed to pay more than €1 billion to US pharmaceutical company Gilead for a six-month supply of its antiviral drug remdesivir, shortly before the publication of final results of the biggest trial of the COVID-19 medication.

The deal was agreed amid shortages in EU states, which might have hastened the decision before definitive results on whether remdesivir is as effective as so far deemed, and on its potential toxicity.

The EU signed the contract last week with the US company which will allow its 27 member states and 10 partner countries, including Britain, to order up to 500,000 remdesivir courses over the next six months.

Despite the big contract, the price per course is in line with that paid by EU countries in a much smaller supply deal agreed in July to treat about 30,000 patients with a six-dose course, administered in five days.

Gilead said this was the same price offered to other wealthier countries.

Under the new deal, payments will be made to Gilead by the European governments covered by the contract only when they buy doses.

A spokesman for the European Commission, which negotiated the contract with Gilead, declined to say whether orders had been already placed.

The deal came just before the Solidarity Trial, conducted by the World Health Organization and the largest so far on COVID treatments, is expected to announce its final results – which could come as early as this week.

“The EU should evaluate the results of this new WHO trial to evaluate whether this treatment is worth paying over 2,000 euros per patient,” said Andrew Hill, a senior visiting research fellow in the Department of Pharmacology at the University of Liverpool.

Gilead declined to comment on whether prices for remdesivir doses it sells to richer countries might change after the results of the WHO trial.

In July it discontinued trials on hydroxychloroquine and on combination HIV drug lopinavir/ritonavir after they failed to reduce mortality in hospitalised patients.

Remdesivir has been granted a conditional marketing authorisation in the EU to treat COVID-19 patients who need oxygen. The drug has so far shown no effect on milder cases and on more critical patients who need mechanical support to breathe, the EU drugs agency said.

The agency is investigating remdesivir’s potential adverse effects on kidneys.