Tourists wear protective face masks in front of one of the entrance in Vatican City, 6 March 2020. [EPA-EFE/FABIO FRUSTACI]

EU leaders hastily convened a teleconference to improve their coordination to contain the spread of the coronavirus – COVID-19 –  and to deal with its economic impact across the bloc.

“Our citizens’ health is the first priority”, said European Council President Charles Michel after the call.

As a result, member states will take measures “based on science and medical advice” and “proportional so that they do not have excessive consequences for our societies as a whole,” he added.

It was the first time that EU leaders held a tele-meeting, sources told EURACTIV.

More than 15,000 cases were reported in the EU, the UK, and the European Economic Area (EEA), two-thirds of them in Italy where 631 people died after being diagnosed with the coronavirus.

With the spread of the virus already causing a slowdown of the global economy, national governments and EU institutions on Tuesday sent the strongest signal to date that they were ready to take action, after a series of lower-level meetings over the past days ended with no results.

But the leader’s declaration fell short of the massive and coordinated fiscal stimulus that some had been hoping for.

“We  stand ready to make use of all instruments that are necessary,” said Michel. In particular, the bloc will support SMEs and the most affected sectors to access additional liquidity to weather the fall of the demand and to support their employees thorough the crisis.

The funds will be allocated to support national health care systems, SMEs, workers and other vulnerable parts of the economy.

In addition, she will submit a proposal to the Eurogroup on Monday in order to “clarify” EU rules on spending limits and public subsidies in the context of a health emergency.

“We will make sure that state aid can flow to companies that need it” and that “we will make full use of the flexibility which exists in the Stability and Growth Pact,” von der Leyen said.

“We will use all the tools at our disposal to make sure the European economy weathers this storm,” the Commission president stressed.

The teleconference took place ahead of a meeting of the European Central Bank’s  governing council on Thursday. The ECB is expected to adopt further monetary measures to support the economy and minimise the growing risk of recession in the euro area.

Markets expect that the ECB will expand its credit lines to support SMEs and a fresh interest rate cut in support of the “real economy”.

But given the ECB’s limited room for manoeuvre, French President Emmanuel Macron said the EU needed to prepare for “a deeper economic response”, including a “substantial” budgetary stimulus, according to an Elysée source quoted by the Financial Times.

EU governments, including Germany, France, Italy and Spain, have announced economic packages to deal with the coronavirus.

Yet, the overall stimulus represents a fraction of the economic impact of the coronavirus, as the exponential spread of the disease continues to affect businesses across the bloc.

Still, the EU executive considers it “too early to quantify the impact” of the virus as the crisis continues to evolve, Valdis Dombrovskis, the Commission’s vice-president for  the economy, said on Tuesday.

Daily EU conferences to be held

Dombrovskis did point out though that GDP growth forecasts for this year were revised downwards by the Organisation for Economic Cooperation and Development (OECD), to 0.8%. If the crisis lasts for too long, the eurozone risks entering into recession, the OECD warned.

Given the “very significant human dimension” and the “potentially major economic impact”, it is “essential that we act decisively and collectively,” von der Leyen said.

The Commission president also said the EU executive will hold a daily phone conference to coordinate measures with health ministers and home affairs ministers, who are responsible for policing borders.

The EU executive will also assemble a team of epidemiologists and virologists to provide guidance on how to handle the virus. The Commission has already mobilised €140 million of public and private funding for research on vaccines, diagnosis and treatment.

The Commission is also in contact with manufacturers of medical devices to make sure protective equipment and respiratory masks are channelled to people in areas that most need them, especially health workers.

Over the past days, member states and MEPs criticised France and Germany for restricting the export of protective material to countries in need, especially Italy.

“That is not a show of solidarity,” said the leader of the EPP group in the European Parliament, Manfred Weber. The German MEP said that Paris and Berlin were acting in a “egoistic manner” 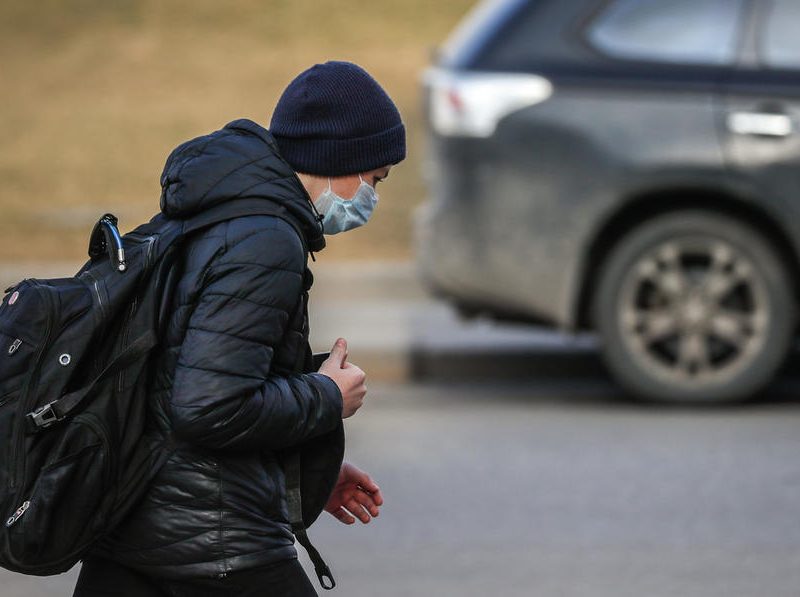 EURACTIV was informed that the European …

In order to launch the new ‘Corona fund’, von der Leyen will propose this week releasing €7.5 billion of available EU structural funds, and set up a task force of national experts to ensure that money starts flowing in the coming weeks.

But she added that the fund could quickly reach €25 billion. In order to achieve that amount, the EU executive will propose amending the structural funds rules to allow for member states to use this €7.5 billion as the necessary co-financing part that national governments have to provide to receive funds this year.

Given the co-financing rates across Member States, the €7.5 billion could trigger up to €18 billion of structural funding across the EU.