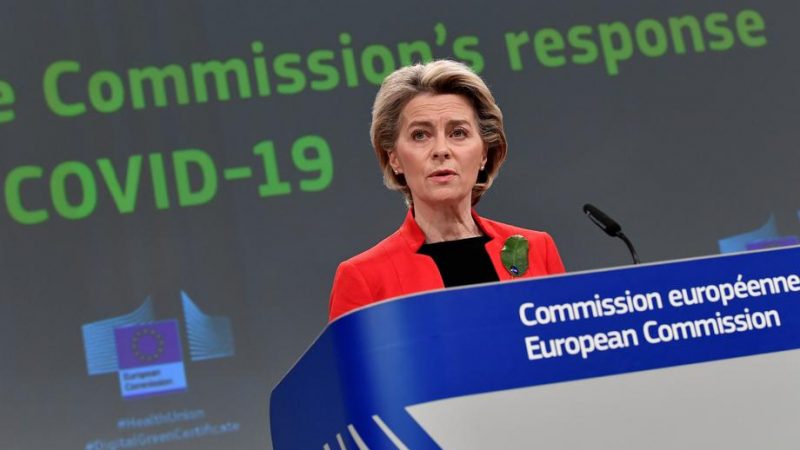 "We want to see reciprocity and proportionality in exports, and we are ready to use whatever tool we need to deliver on that," President Von der Leyen said. [EPA-EFE]

“The EU has been exporting vaccines in support of global cooperation. But open roads run in both directions,” the European Commission President Ursula von der Leyen warned during a press conference, highlighting that the EU has so far exported 41 million doses to 33 different countries.

“We have to be able to explain to the people in Europe how it is that we deliver to the whole world but we have difficulties within the union. We export to 30 countries but nothing comes back from countries that do produce and that has to be looked at,” she said.

“We want to see reciprocity and proportionality in exports, and we are ready to use whatever tool we need to deliver on that,” she said, stressing the need to make sure that the EU “gets its fair share”.

“Clearly it’s not just about the interests of Europeans, but I am the president of the European Commission and I have to defend the citizens of Europe,” she said.

Highlighting that “all options are on the table,” von der Leyen told reporters that the emphasis is on exiting the crisis as soon as possible.

This includes a reflection on “how to adjust our exports based on reciprocity and, in the case of countries with higher vaccination rates than us, proportionality,” she said.

Highlighting the worsening situation in the EU with the crest of a third wave of the virus, she stressed that “if the situation does not change, we will have to reflect on how to make exports to vaccine producing countries dependent on their level of openness.” 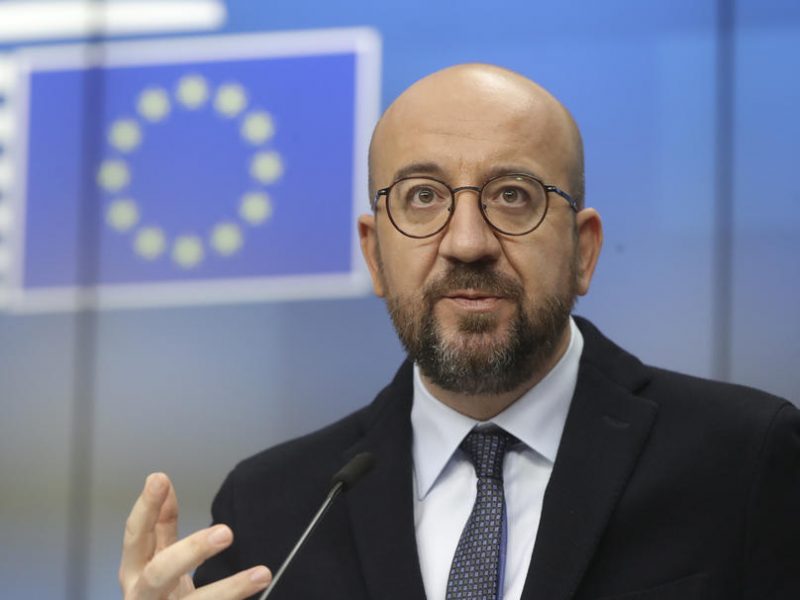 Relations between the EU and the UK have soured over the past few days amid accusations of vaccine nationalism as EU lawmakers lambast the UK for only “serving themselves”.

Her comments have been seen as a veiled threat to the UK, as relations between the bloc and its former member have soured over the past few months amid accusations of vaccine nationalism.

The situation came to a head recently after the publication of a newsletter from European Council President Charles Michel in which he accused the UK of imposing an “outright ban on the export of vaccines or vaccine components produced on their territory”.

The incident sparked an emergency meeting between the bloc and its neighbour, while EU lawmakers have continued to lambast the UK for only “serving themselves”.

Asked about the UK, von der Leyen highlighted that the UK is the “number one country for exports from the EU,” receiving 10 million doses.

Although the UK is producing Astrazeneca vaccines, she pointed out that the EU is “still waiting for the doses.”

“This is an invitation to show us doses coming from the UK to the EU,” she said.

But von der Leyen did little to assuage rising tensions during the press conference and did not take any questions from UK media, which prompted criticism from the journalists, who accused her of deliberately side-lining the UK media from the discussion.

“Given that the president is threatening a vaccine war with Britain, it might be an idea to take a question from a UK outlet. Respectful suggestion,” one journalist said.